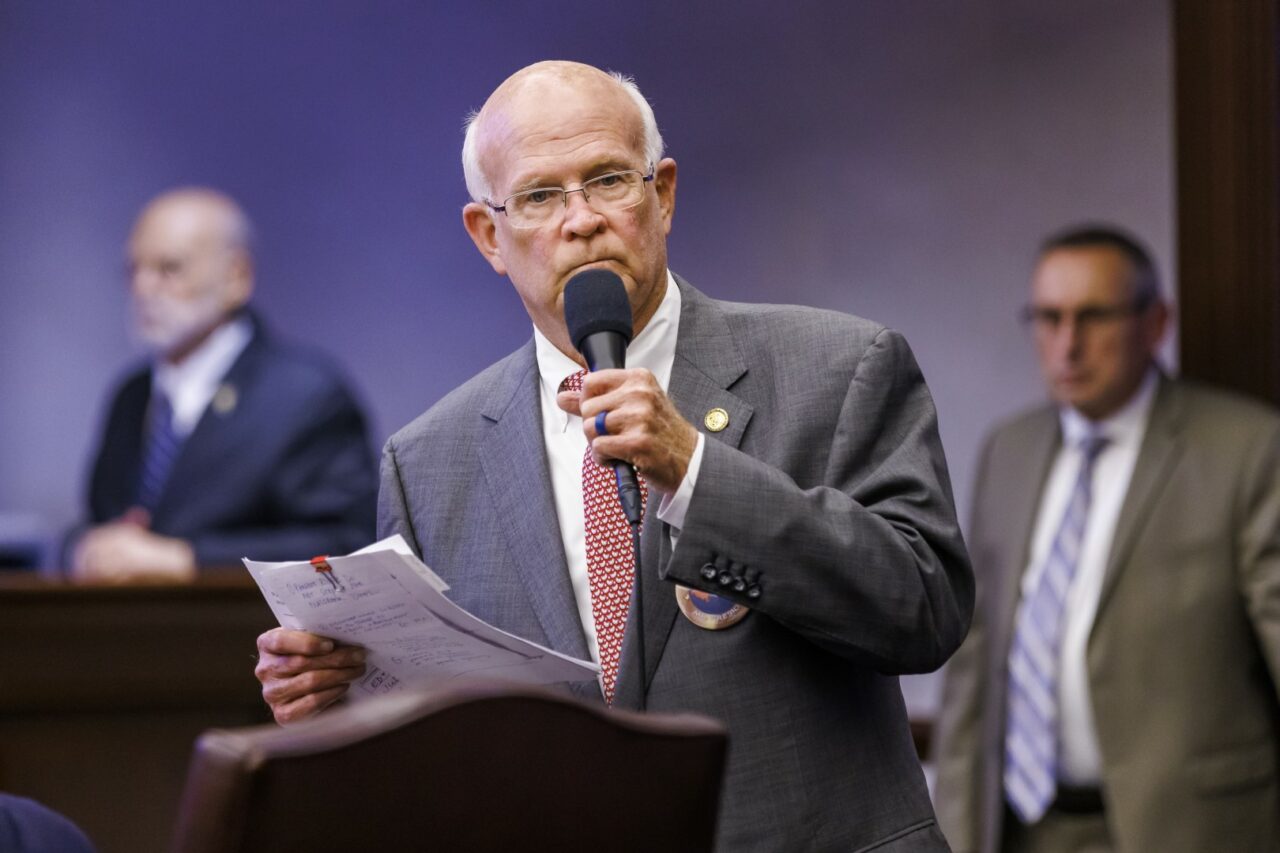 Senators accepted the bill in a 22-17 vote Tuesday morning, with two Republicans voting against.

The Florida Senate has approved the controversial parental rights legislation governing classroom instruction on LGBTQ matters, dubbed the “Don’t Say Gay” bill by opponents. Now, after hours of impassioned debate and even protest from students, the bill is ready for the Governor’s desk.

Senators accepted the bill in a 22-17 vote Tuesday morning, with most Republicans supporting and Democrats opposing. Two Republican legislators, Sens. Jeff Brandes and Jennifer Bradley, broke from their party and voted against the bill. While Brandes had already expressed frustration with the bill, Bradley decided to vote down on it out of concern “about the message it sends.”

“I want to support parental rights in school but I’m also mindful of our Legislature’s voice. I’m a mom to three children and I love all of the children in the state of Florida, and I’m concerned about the message it sends,” she said.

The Senate voted on the House version of the legislation, which cleared that chamber in a 69-47 vote two weeks ago. The proposal (HB 1557) would limit classroom instruction of sexual orientation and gender identity, a move Republican leadership says would bolster parental rights. Under the leadership of President Wilton Simpson, the bill was slated for only one committee stop — the Senate Appropriations Committee — where the legislation was approved last week.

Ocala Republican Sen. Dennis Baxley, who filed the Senate version of the bill (SB 1834), presented the legislation to the Senate.

“This has not been an easy bill for me, believe me,” Baxley said.

In being questioned about the purpose of the bill, Baxley asserted, “These topics (sexual orientation or gender identity) are not suitable for K through 3.”

Baxley came under fire during debate for comments he made Monday during questions, saying that he brought the bill because there is a cultural shift encouraging students to “come out.”

“Why is everybody now all about coming out when you’re in school? And there really is a dynamic of concern of how much of these are genuine … experiences and how many of them are just kids trying on different kinds of things they hear about,” he said. “There’s something wrong with how we’re emphasizing this, and all of a sudden overnight they’re a celebrity. … I know parents are very concerned about the departure of the core belief systems and values.”

“We heard yesterday that the genesis of this bill was to try and prevent what the sponsor believes to be a problem, that somehow more and more children are becoming gay, that it’s just a fad for them to make them into celebrities,” Berman said. “So let’s be clear, that’s what this bill is about.”

“That, ladies and gentlemen, will be what the court points to and quotes as a prima facie case, on its face, of invidious discrimination for what we have targeted and we have selected as a protected class,” Pizzo said. “Why is drug use discussion not prohibited? The issue is, why is gender identity and sexual orientation specifically prohibited when there are so many other very difficult mature subjects that are not exempted?”

Sen. Shevrin Jones, a Miami Gardens Democrat who is the first openly gay state Senator, also pointed out how supporters of the bill who say it is not about members of the LGBTQ community contradict the targeted language of the bill.

“We made it clear that this bill is about one thing, section three — sexual orientation, gender identity,” Jones said. “The bill sponsor says schools are socially engineering children. The president of the Florida Family Policy Council called this the ‘Don’t turn my son into a daughter’ bill. And then someone else says that children are confused.”

Jones, along with Broward Democratic Sen. Gary Farmer, also relayed confusion on why the legislation is needed if the Florida Department of Education already prohibits sexual education for students before fourth grade.

Democratic legislators also criticized the vague language of the legislation and alluded to a veiled attempt at a culture war.

“Florida’s educators are not indoctrinating young children with age-inappropriate or developmentally inappropriate curriculum. They’re not secretly pushing the gay agenda, the trans agenda, the woke agenda. It’s just not happening,” Senate Democratic Leader Lauren Book said. “The message this bill sends goes far beyond the words contained in the text.”

Republican supporters of the bill pointed to that provision, hunkering down on the parental rights aspect of the legislation. Pasco County Republican Sen. Danny Burgess said the bill puts parents back in charge, and protects children’s innocence “for just a while longer.”

“Everyone here wants the best for their child. Growing up today is very hard. Raising kids is so challenging on so many levels, no matter what your worldview is,” Burgess said. “There’s nothing wrong with letting children hold on to their innocence for just a few more years, because once it’s gone, it’s gone forever. It’s OK to let a little boy want to be Captain America, and a little girl want to be Rapunzel, it’s OK for children to be children for just a little while longer.”

Burgess also argued there is an “effort to inject these types of discussions” into the classroom.

“Sex ed starts in the fourth grade at a basic level. That is when we have decided that children are old enough to start having these conversations as a state, this bill does nothing more than codify that,” he said. “There is a reality, and there is an effort, to inject these types of discussions into younger and younger age groups. As a parent of three young children, my wife and I see it every week, if not nearly every day.”

“Children that age shouldn’t have curriculum providing instruction on those topics,” he said. “I’m sorry, but I can’t look at legislation through the prism of how people on the outside say it makes them feel, because if we all use that prism, we would never pass any policy.”

“This isn’t at all about targeting. I think this is about perhaps rerouting responsibilities back to the parents,” Garcia said.

On Monday, Democratic senators attempted to amend the bill during its second hearing on the floor, unsuccessfully putting forward amendments that would add protections for LGBTQ students as well as clarify the vague language of the bill.

previousSunburn — The morning read of what’s hot in Florida politics — 3.9.22