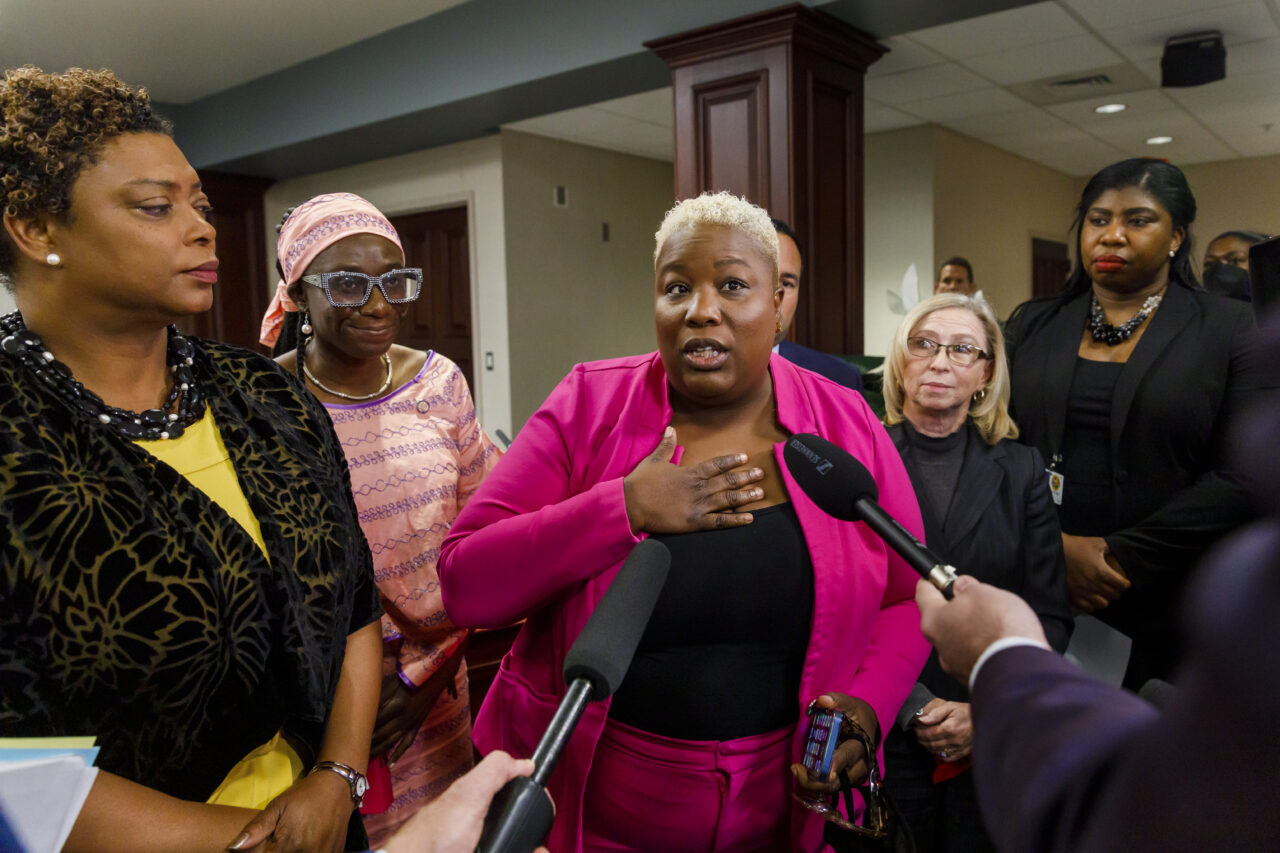 'Banning the discussion of LGBTQ people doesn't get rid of us. It just makes our lives harder.'

By the time they were eight years old, Will Larkins knew they were different. But without the tools to understand that was okay, Larkin’s young life was already in jeopardy.

“I was not exposed to the existence of the LGBTQ community,” Larkins said. “By the age of eight I developed a deep hatred for myself. I wanted to play with girls’ toys, dress in girls’ clothes and I didn’t know why. I thought I was broken. Banning the discussion of LGBTQ people doesn’t get rid of us. It just makes our lives harder.”

Larkins, a 17-year-old Winter Park student who identifies as gay and non-binary, joined other LGBTQ students and activists as well as Democratic lawmakers Monday to speak against a suite of GOP-backed bills making their way through the Legislature. HB 7 and HB 1557, which opponents have dubbed the “Don’t Say Gay” bills, would limit how and when race, gender and sexuality can be discussed in schools.

HB 1557, in particular, bans classroom instruction “on sexual orientation or gender identity” for students in kindergarten through third grade. The measure also blocks such instruction when it’s done “in a manner that is not age-appropriate or developmentally appropriate for students in accordance with state standards.”

Opponents fear the bills would prevent difficult, but necessary, conversations around race, sexuality and gender identity from being held in the classroom.

Larkins said they’ve experienced how damaging that can be from both sides. Larkins has felt the self-hate a lack of understanding and knowledge can do to someone, which can often be fomented at home by unaccepting families. LGBTQ youth account for about 40% of the youth homeless population, according to the National Center for Transgender Equality. And the National Alliance to End Homelessness found 80% of gender non-conforming homeless adults don’t have access to shelter, as compared to 40% among cisgender adults. The Trevor Project found LGBTQ youth are four times more likely to consider suicide than cisgender counterparts.

Critics of the new GOP-backed measures warn preventing conversations around race and gender from taking place in schools is political pandering that can fuel hate and violence born of ignorance.

“With this whole thing of these trigger words — family values and grooming and all of those kinds of things,” Rayner said, “the only people that are grooming anybody are these Republicans who are grooming their base and the children that are in their base for hate.”

The choice of how, when and to whom to come out to can be deeply personal and often is met with a threat of violence. Critics also warn a recently introduced amendment to the bill would take that choice away from an LGBTQ individual. The amendment could force educators to out students to parents.

Larkins has experienced the dangers of ignorance as well as the comfort of having a safe place to talk. In October, Larkins was at a Halloween party when a group of students attacked them. Larkins was told to “f-word kids and f-word animals. Telling me I’m going to hell and reducing my identity and existence to ‘f****t.'” Larkin was told to leave or the group would “beat the shit” out of them.

Larkins’ only saving grace, they said, was a queer teacher at school who was able to comfort Larkins and tell them things would get better. But with “Don’t Say Gay” bills in place. Larkins and others worry there will be more attacks and fewer places for vulnerable children to find safety.

“She took care of me when the administration at my school looked the other way,” Larkins said. “If House Bill 1557 had been in policy at this time, my teacher would not have been able to talk to me about it. Schools should be a safe space for us because not everyone has a safe space at home.”