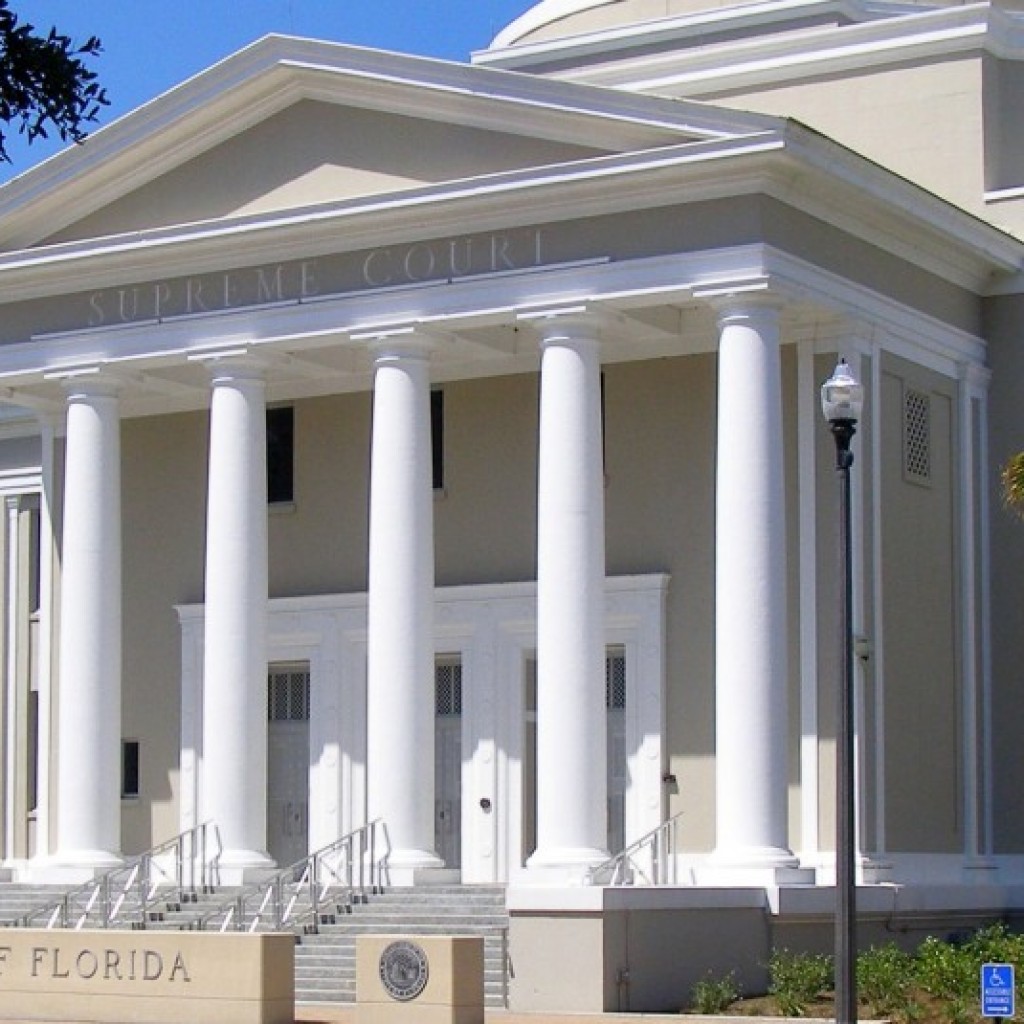 With a petition drive failing to get enough valid signatures to qualify for the 2022 ballot, should the proposed North Florida casino constitutional amendment language still get reviewed by the Florida Supreme Court?

Yes, said Attorney General Ashley Moody, in a brief filed with the Supreme Court on Friday, which was posted publicly Monday.

No, said Senate President Wilton Simpson, in a brief filed on behalf of the Florida Senate Friday and posted Monday.

Florida Voters in Charge (FVIC) had pushed to get a North Florida casino issue onto the 2022 statewide General Election ballot. On Feb. 1, the campaign failed to meet the state’s petition requirements for ballot placement, though it had earlier met the petition requirements to get a Supreme Court review of the proposal’s ballot language.

So the group asked the Supreme Court to render an advisory opinion on the ballot language review even though it had failed to qualify for the ballot.

Meanwhile, FVIC is suing in Leon County Circuit Court, challenging the process that led to its petition failure, and seeking more time for that campaign.

FVIC is a political committee backed by more than $73 million from Las Vegas Sands, a Nevada-based gaming company, seeking to get voter approval of a constitutional amendment that would allow development of a casino in North Florida.

The two state officers, Moody and Simpson, are taking opposition positions on the organization’s request for the Supreme Court review.

In her response to FVIC’s request, Moody contends the Supreme Court should go forward with the review, which was officially requested by her. She argued that the event that triggers the review — the lower valid petition total — is different from the event that would have triggered ballot placement qualification, the full petition total.

In a brief filed by James McKee of Foley & Lardner of Tallahassee and Jessie Panuccio of Boies Schiller Flexner of Fort Lauderdale on behalf of FVIC, the lawyers also argued the lawsuit challenging the petition process should also be a factor. But Moody disagreed on that point.

“The Attorney General does not believe that the fact that the petition failed to qualify for placement on the 2022 ballot diverts the court of that jurisdiction,” Moody’s brief argued.

But she also threw a grenade at FVIC’s hopes for 2022. Her brief advised that the court is under no time requirement to act before April 1, the deadline for getting court approval for language for an initiative to appear on the November General Election ballot.

If the Supreme Court were to sign off on the ballot language, that still would be good for 2024, if FVIC were to try again for that General Election ballot.

Moody argued there is no reason to assume there is any hurry. She predicted, “it seems most unlikely that the sponsor’s constitutional challenge could be finally resolved in time for the 2022 election or April 1, 2022.”

In other words, she argued the court has to review the language. But there’s no rush, as sponsor FVIC would want.

Simpson and the Florida Senate, in their brief, argued the court no longer has any jurisdiction to review the language.

The brief argued the problem is not just that FVIC missed the final petition deadline on Feb. 1. The brief contends the signatures all expired on that date and no longer are valid. That includes all the signatures that had been validated in time to reach the lower threshold, the one that caused Moody to ask for a Supreme Court review of ballot language.

“Contrary to the claims of the sponsors, there are not separate phases to the review,” Simpson’s brief argued. “It is all part of the process to determine whether an initiative should be placed on the ballot. The argument that signatures expire for ballot placement, but maintain their validity for review is not a natural reading of the relevant portions of the constitution and statutes governing the initiative process.”

And by the way, Simpson’s brief argued, the same is true for two other proposed constitutional amendments that reached the threshold for Supreme Court review but did not reach the threshold for ballot qualification. They were for amendments entitled, “Provide Medicaid Coverage to Eligible Low-Income Adults,” and “Authorizes sports and event betting.”

The FVIC campaign also was marred by widespread reports of alleged petition fraud and a massive petition failure rate. Several law enforcement investigations are underway. Some supervisors of elections said it was the worst case of invalid voters’ signatures they had ever seen in petitions.