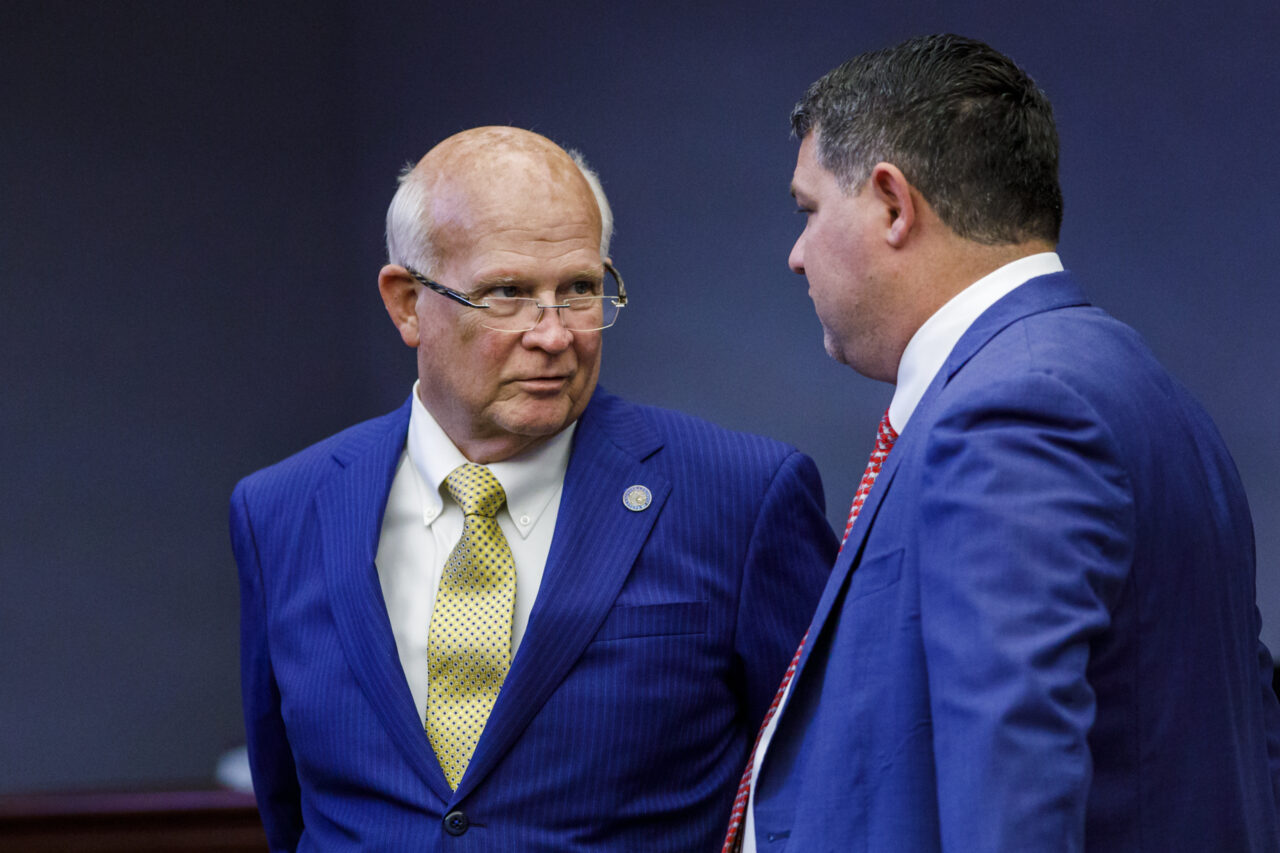 The proposal, dubbed by critics as the “Don’t Say Gay” bill, garnered national attention Tuesday afternoon after advancing in the Senate Education Committee. Despite the wave of public testimony opposing the bill, the measure (SB 1834) passed in a 6-3 vote along party lines, with Republicans voting in support and Democrats siding against.

The legislation, sponsored by Ocala Republican Sen. Dennis Baxley, would ban school districts from “encouraging classroom discussion about sexual orientation or gender identity in primary grade levels or in a manner that is not age-appropriate.” It also would allow parents to sue a school district if such a violation occurred. In presenting the bill, Baxley said it would promote parental rights and prevent schools from advancing “social agendas.”

The bill immediately became a subject of national interest, drawing vocal criticism from state legislators up to the White House, in addition to more than 100 public commenters who showed up at the committee meeting to oppose the proposal.

“Today, conservative politicians in Florida advanced legislation designed to attack LGBTQI+ kids. Instead of making growing up harder for young people, (the President) is focused on keeping schools open and supporting students’ mental health,” one tweet from the White House states.

Biden echoed the sentiments, calling it a “hateful bill,” and vowing his administration would “continue to fight for the protections and safety you deserve.”

I want every member of the LGBTQI+ community — especially the kids who will be impacted by this hateful bill — to know that you are loved and accepted just as you are. I have your back, and my Administration will continue to fight for the protections and safety you deserve. https://t.co/OcAIMeVpHL

On Wednesday morning, Orange County Democratic Rep. Carlos Guillermo Smith spoke with Kate Bolduan on CNN about the legislation. Smith, who himself is Florida’s first openly-gay Latino legislator, slammed Republican supporters of the bill, arguing they are “using LGBTQ kids as pawns to score political points.”

“We’re a normal and healthy part of any society and any school. We exist, and conversations about us — about who we are, about what our families look like — they’re not dangerous conversations and they don’t need to be censored,” Smith told Bolduan.

“The bill is so intentionally vague that it doesn’t just censor conversations about sexual orientation and gender identity, it actually has a chilling effect on the safe schools policies that provides supportive educational environments for LGBTQ students to learn and succeed. These are policies, Kate, that have saved lives. The bill is not solving any problem that currently exists. And frankly, I think it’s disgusting,” Smith added.

But despite growing scrutiny, Florida Gov. Ron DeSantis has continued to defend the legislation on news platforms, arguing it’s necessary to stop what he says is a trend in schools of helping students figure out issues of sexual orientation and gender identity.

“The larger issue with all of this is that parents must have a seat at the table when it comes to what is happening in schools,” DeSantis said at a press conference Monday.

When presenting the bill to the committee, Baxley explained his concern was that rather than teaching students basic skills, teachers are tasked with “social engineering” LGBTQ matters. Some see the legislation as part of the culture wars shaping this Session’s priorities.

“There’s a reorientation going on in our culture, maybe some of it’s very good. But parents have a parent role, and it’s being ignored,” Baxley said Tuesday. “I think when you start opening sexual type discussions with children, you’re entering a very dangerous zone.”

The bill is akin to the Parents’ Bill of Rights measure passed last year that also drew objections from the LBGTQ community. The law later provided a legal avenue to stop schools from requiring students to wear face masks over their parents’ objections.

So, what would violate the legislation? Sen. Travis Hutson, a St. John’s Republican, suggested at Tuesday’s committee an example of a homework assignment that included a math problem led by the premise of “Sally has two moms or Johnny has two dads.” That, Baxley said, is “exactly where the problem is.”

“There is a way to move agendas. People do get enthusiastic about agendas that they care about and affect their lives. And we’ve got to draw a line of authority,” Baxley said in response. “Parents do not want to be left out. They want to be in charge of their own and take responsibility for their students, and that is exactly the difference in initiating some kind of teaching method versus sticking to the mission.”

However, the pair did not discuss whether that assignment would be in violation of the legislation if the premise of the problem included a mother and father figure, which would also describe sexual orientation or gender identity.

The number of people wanting to speak on the bill led Sen. Shevrin Jones, the committee’s vice chair, to waive Democrats’ opportunity to debate in committee in favor of hearing testimony.

Several parents within the LGBTQ community spoke with concern that discussion about their families would be not be considered “age-appropriate” under the legislation, and that the bill would lead to an increase in suicide attempts by students who identify with the LGBTQ community.

Although Baxley presented the bill as regulating LGBTQ matters in a pre-K through third-grade curriculum, the legislation’s language does not make mention of curriculum instruction or grade levels. Its vague language, which bans “classroom discussion about sexual orientation or gender identity,” also was criticized by commenters.

The Senate bill now heads to its second of three committees before it can be heard by the full chamber. In January, the House Education and Employment Committee approved Republican Rep. Joe Harding’s House version of the legislation (HB 1557).