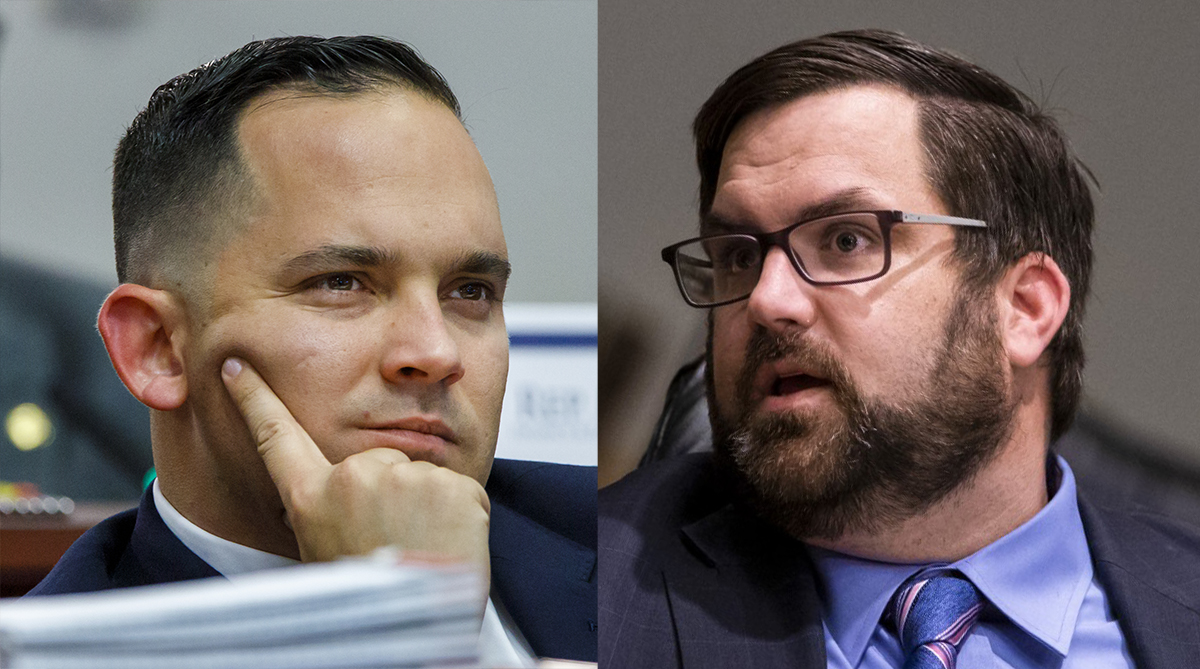 Name-calling and family attacks were included.

It started when Sabatini, a Howey-in-the-Hills Republican, responded negatively to headlines that “constitutional carry” legislation appears stalled. Sabatini, who has pushed for similar legislation for years, lashed out at House Speaker Chris Sprowls on Twitter.

“RINO Cowards like Chris Sprowls are once again BLOCKING Constitutional Carry! When will people wake up and vote these TRASH establishment ‘Republicans’ out?!” he tweeted. “FYI—if your Representative and/or Senator is silent on Constitutional Carry, that means they are working AGAINST you!!!”

Sabatini has filed a bill (HB 103) that has yet to be heard by a committee, and at the halfway point in Session, that means the bill is most likely dead or soon to be. It’s one of multiple pro-gun bills Sabatini filed that have yet to move in the conservative Florida Legislature.

Latvala, a Clearwater Republican, jumped to Sprowls’ defense online and suggested weak legislating better explained Sabatini’s inability to get a bill — or any bill he’s filed this year — in front of a committee.

“Hey moron, who is your Senate sponsor? Surely you know how to pass a bill by now,” Latvala posted.

There’s no companion bill filed in the upper chamber on constitutional carry, despite both Senate President Wilton Simpson and Gov. Ron DeSantis hinting at support.

Sabatini responded to Latvala by posting a picture of the Representative with civil rights leader Al Sharpton, further insulting Latvala in a caption. “Disgusting Anti-2A sweaty slob Chris Latvala — ‘The Mitt Romney of Florida’ — whose father resigned from the state Senate after sexually assaulting several lobbyists — is the biggest RINO in the Legislature and seeks counsel from Al Sharpton — he also helps block Constitutional Carry.”

That comment references Sen. Jack Latvala, who resigned his Senate seat in 2017 amid arguments of sexual harassment.

Barbs continued as Rep. Latvala questioned the foundation of Sabatini’s current politics. “So when (you) voted in the Democratic Primary for President, did you vote for Hillary Clinton or [Barack] Obama Anthony Sabatini?” he tweeted, referencing Sabatini’s voting record from his years as a registered Democrat.

Soon, other lawmakers jumped to Latvala’s defense. “The ineffective ‘Rep’ who has to claim victories through co-sponsorship requests wants to trash genuinely good human beings to be relevant to his followers,” posted Rep. Kaylee Tuck, a Lake Placid Republican. “I guess Session gets boring when none of your bills move. Do we have office space available on the 23rd floor?”

Sabatini is running for Congress instead of a third term in the Florida House, where his office was recently relocated to the bottom floor.