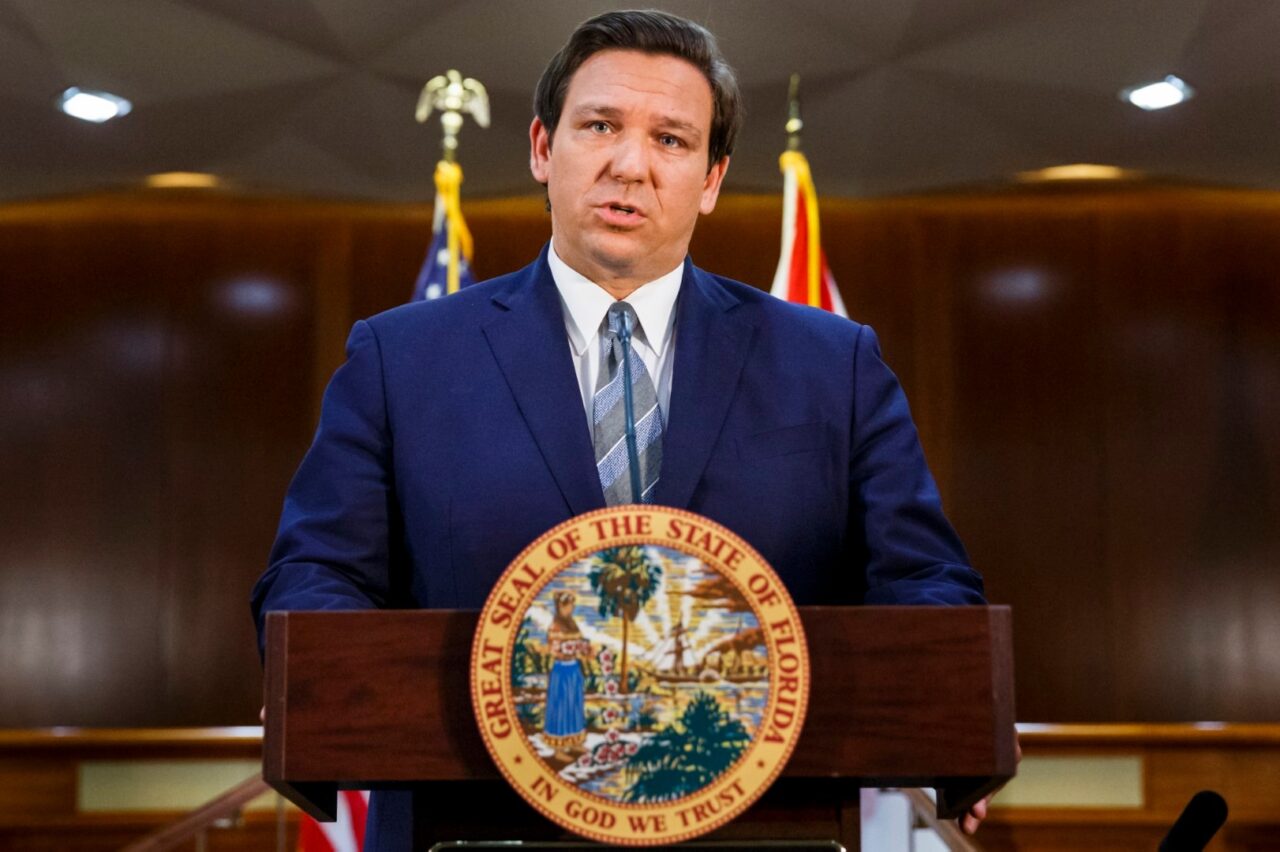 However, the Governor's Office described his remarks as a 'general statement.'

A video shared by the National Association for Gun Rights suggests Gov. Ron DeSantis is willing to sign a constitutional carry bill into law if passed by the Legislature.

The bill (HB 103) would allow law-abiding citizens to practice open and concealed carry by removing laws that require a concealed-weapons permit in Florida.

“Of course,” DeSantis is overheard saying in the video when asked if he would sign the bill.

The video, only six seconds long, shows DeSantis only briefly. The NAGR said it was filmed at a reception at the Governor’s Mansion on Dec. 3.

In a response to an inquiry by Florida Politics, the Governor’s Office described DeSantis’ remarks as a “general statement.”

“The governor cannot comment on the details of legislation that he has not seen yet,” added Christina Pushaw, a spokesperson for DeSantis. “Our office will be monitoring legislation throughout the process and will let you know if we have any updates to share on this topic.”

The bill, if passed, would align Florida with 21 other constitutional carry states, according to the group.

Sabatini announced plans to file the proposal after Texas Gov. Greg Abbott signed a constitutional carry law in his state.

“Meanwhile here in Florida, Anti-2A ‘Republicans’ in the Legislature REFUSE to allow my Constitutional Carry Bill to move forward,” Sabatini wrote on Twitter.

Since his 2018 election to the House, Sabatini has repeatedly filed the measure. Republican leadership, however, has never scheduled a committee hearing for the bill, and the issue has met opposition from gun safety groups.

Proponents of the measure hope the tides will shift during the 2022 Legislative Session.

“There’s no excuse for the Florida Legislature to delay the passage of HB 103, Constitutional Carry,” said Matt Collins, Director of Legislation for Florida Gun Rights. “With Gov. DeSantis on board, and self-proclaimed pro-gun Republicans in control of both chambers, law-abiding gun owners in Florida deserve to see their elected officials restore gun rights in 2022.”

If approved, the bill would take effect immediately.

previousSunburn — The morning read of what’s hot in Florida politics — 12.8.21