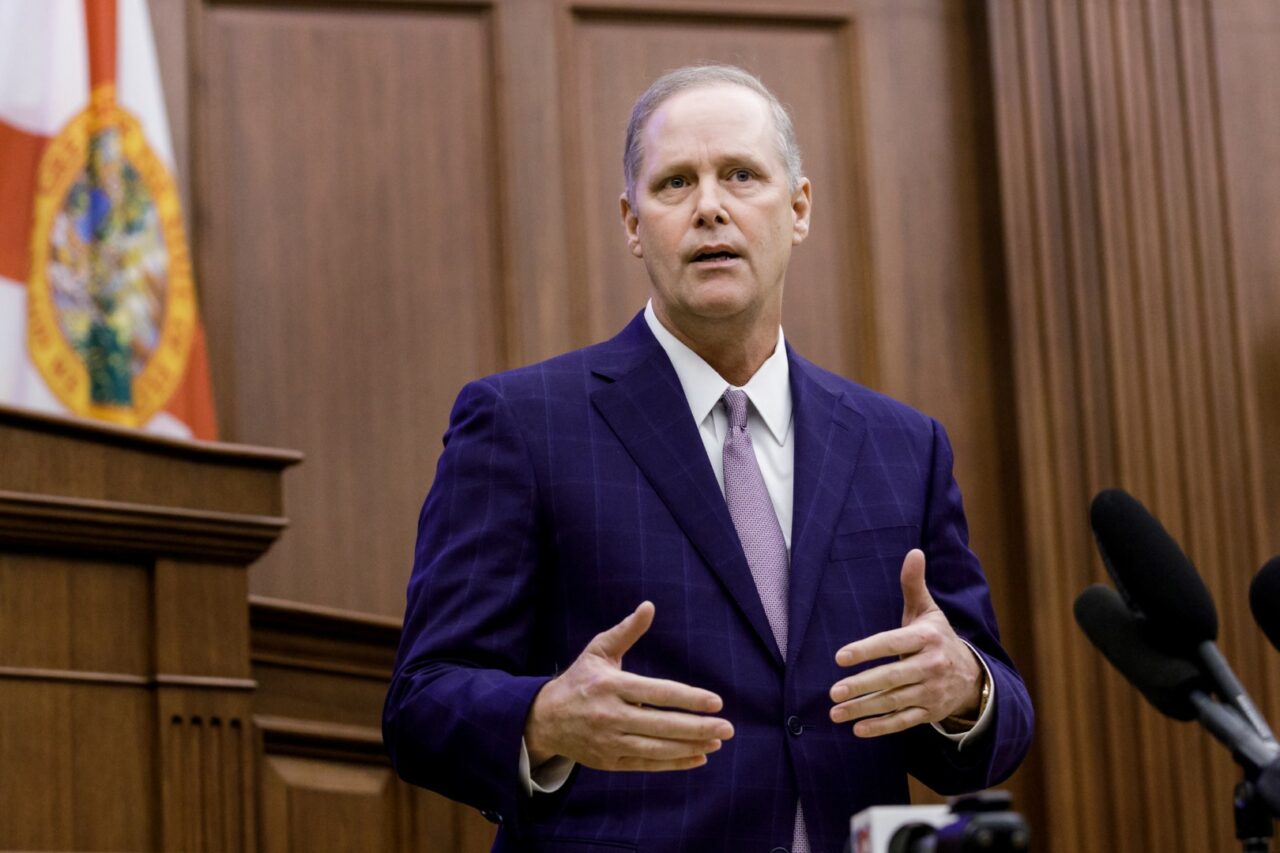 Pro-gun groups have been making a push for the legislation this cycle.

Senate President Wilton Simpson says he would support removing laws requiring a concealed-weapons permit to carry a gun if it comes to a vote.

Simpson’s made the comment to reporters Wednesday after conservatives at the Republican Liberty Caucus said they met with the Senate President. The group has been among a cohort of pro-gun rights organizations pushing for “constitutional carry.”

However, the Trilby Republican told reporters he would not get involved in constitutional carry legislation until it gets to the Senate floor. That differed from comments one gun rights organization said Simpson made during the meeting.

“Simpson told the group he ‘would support, vote yes, and challenge senators to bring a constitutional carry bill,'” according to an email.

A bill filed in the House (HB 103), and carried by Howey-in-the-Hill Republican Rep. Anthony Sabatini, would allow law-abiding citizens to practice open and concealed carry by removing laws that require a concealed-weapons permit in Florida. The gun rights advocates say there is a rumor companion legislation would come out of committee in the Senate.

Simpson was happy to meet with the Republican Liberty Caucus, according to a statement Tuesday from Simpson’s spokeswoman, Katie Betta.

“President Simpson is unwavering in his support for the Second Amendment rights of law-abiding Floridians, as evidenced by his A rating from the NRA, which he has earned over a decade of service in the Senate by sponsoring and supporting legislation that protects our constitutional right to keep and bear arms.”

“Of course,” DeSantis is overheard saying in the video when asked if he would sign the bill.

The video, only six seconds long, shows DeSantis only briefly. The National Association for Gun Rights said it was filmed at a reception at the Governor’s Mansion on Dec. 3.

In a response to an inquiry by Florida Politics, the Governor’s Office described DeSantis’ remarks as a “general statement.”

“The Governor cannot comment on the details of legislation that he has not seen yet,” added Christina Pushaw, a spokeswoman for DeSantis. “Our office will be monitoring legislation throughout the process and will let you know if we have any updates to share on this topic.”

The bill, if passed, would align Florida with 21 other constitutional carry states.

Sabatini has filed constitutional carry bills in years past. However, the measure has not been scheduled for a vote.