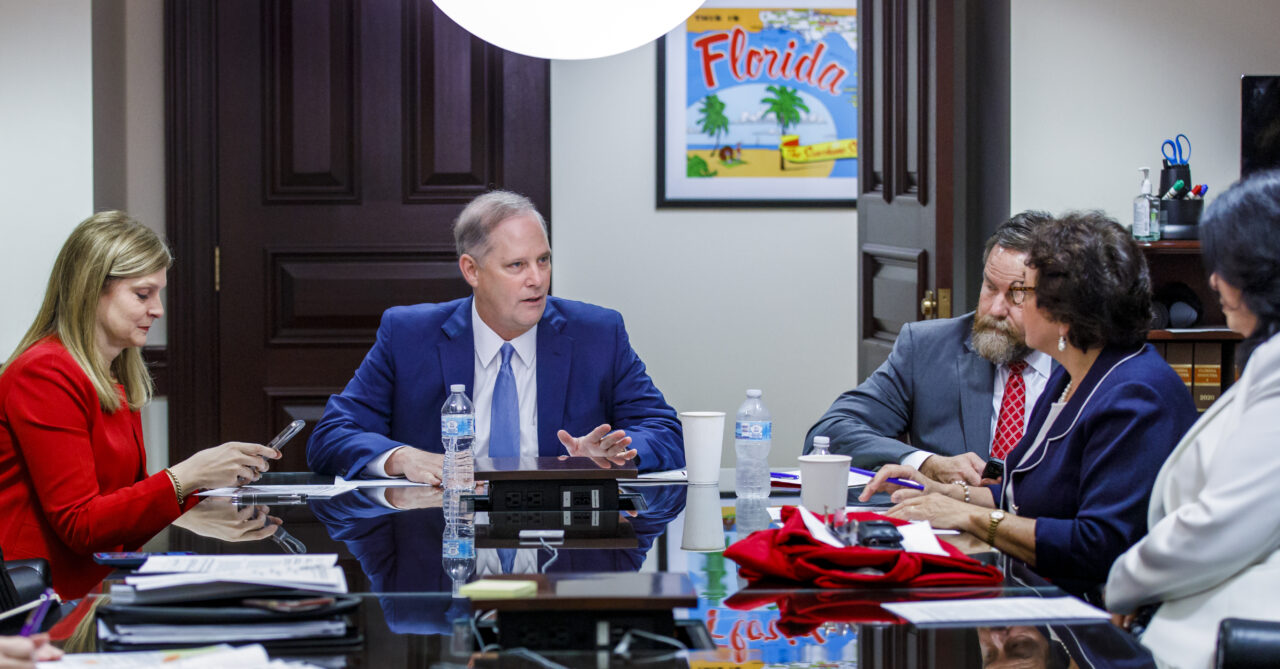 After raising nearly $3.7 million last month in his bid for Agriculture Commissioner, Senate President Wilton Simpson ended 2021 with a whopping $12 million in cash on hand.

The Trilby Republican, who is already the clear favorite to be Florida’s next Agriculture Commissioner, continued his three-month streak of attracting seven-figure donation totals. His December fundraising dollars doubled that of his October total, which was his previous best month since announcing his candidacy September.

In October, Simpson raised $1.6 million. He followed that with another $1.3 million in November.

Simpson is currently the only major candidate in the race to succeed Democratic Commissioner Nikki Fried, who is forgoing re-election to challenge Gov. Ron DeSantis. Simpson’s three opponents — Democrat Ryan Morales and Republicans Richard Ollie Jr. and James Shaw — haven’t reported their December contributions yet and had less than $4,000 on hand combined at the end of November.

Simpson, an egg farmer by trade, has served in the Senate since 2012. He is entering his second Session as Senate President, but will be termed out come November. That lined up with the opportunity to run for statewide office.

Agriculture Commissioner is a Cabinet-level office and is elected statewide.

“As Agriculture Commissioner, I will continue to fight to ensure both individuals and businesses have every opportunity to achieve their American Dream in our great state,” Simpson said in a statement Wednesday.

Simpson has drawn from a variety of industries, local and state chambers of commerce, real estate businesses, law firms, gaming organizations such as the Seminole Tribe of Florida and, naturally, the agriculture sector.

AIF is just the latest organization to back Simpson for Agriculture Commissioner. The Associated Builders and Contractors of Florida, the Florida Police Benevolent Association and more have given Simpson their support. Former President Donald Trump endorsed him in May, months before he announced his candidacy.

Simpson oversaw the Senate during a successful year for Republicans, which included passage of several of DeSantis’ priorities and helping the state reach a new gaming deal with the Seminole Tribe. In his statement, Simpson highlighted the state’s balanced budget, debt reduction and AAA credit rating.

The Senate President also achieved personal victories on legislation reforming the child welfare system and the rights of farmers.

While still a conservative, Simpson has broken with Republicans at times. Last year, he included $2 million in contraception funding in the state budget, arguing it helps support a pro-life agenda. However, DeSantis vetoed that funding. And in October, Simpson blasted Surgeon General Joseph Ladapo for refusing to wear a mask in the office of Democratic Sen. Tina Polsky.

nextJoe Henderson: A year after the insurrection, have we learned anything at all?