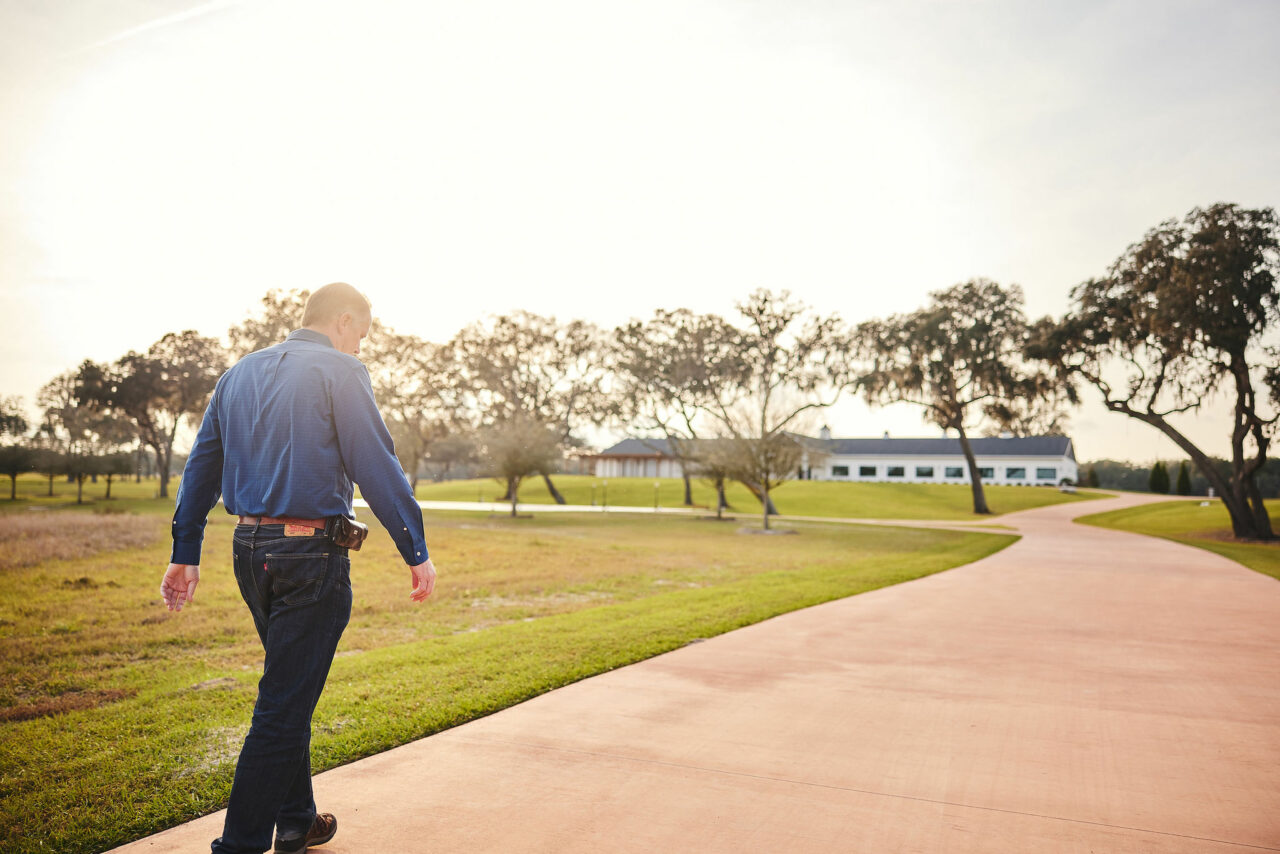 Who wins? Ron DeSantis? Ashley Moody? Matt Gaetz (OK, we're kidding there). The answer is below.

Normally here, we play a weekly game of winners and losers of the week in Florida politics, but we’ll keep it positive in the Christmas spirit. This one time, we’ll only declare a winner of the year because that’s just the kind of positive folks we are here.

But who can it be?

U.S. Sen. Rick Scott? He had some shining moments for sure. One particularly savvy move came in his role as Chair of the National Republican Senatorial Committee. He announced on “Meet The Press” that the NRSC would actively support all Republican incumbents running for re-election.

That included Alaska U.S. Sen. Lisa Murkowski, who voted to convict Donald Trump during his second impeachment trial. Trump disavowed Murkowski and promised to campaign for her opponent.

Scott’s promise was a direct rebuke to the former leader, which simply is not done in today’s Republican Party unless your name is Liz Chaney. Scott scored high on style points there.

Oh, but darn it, Scott voted against certifying Pennsylvania’s vote in the 2020 election, which is tantamount to endorsing the Big Lie. Sorry, Senator. You’re out.

U.S. Sen. Marco Rubio? There are times when Florida’s senior Senator rises to the occasion, particularly on Cuba. The subject is in his wheelhouse (his parents immigrated to Florida from Cuba), and he always swings for the fences.

He was particularly forceful during widespread protests last summer in Cuba, and good on him for that. He also broke ranks with allies on the fib that thieves stole the 2020 election. Rubio gets a gold star and his choice of a cookie for simply doing what was right.

OK, so that’s a low bar, but have you seen what goes on lately in politics?

We also give an enthusiastic thumbs up to Rubio’s assertion that the GOP needs to change its image.

“The future of the party is based on a multiethnic, multiracial, working-class coalition,” Rubio said in an interview with Alayna Treene of Axios.

Aw, but darn it, he slipped back into formation by blasting the “woke” corporate culture that imposes rules of, you know, fairness.

“Today, corporate America routinely flexes its power to humiliate politicians if they dare support traditional values at all,” he wrote in a scathing New York Post commentary.

“Multinational firms threaten boycotts over pro-life legislation. Cowardly sports leagues pull events out of states that dare pass legislation they don’t like. Firms like Delta parrot woke talking points, even as they cut deals with China, lending Beijing legitimacy and funding as it commits genocide in Xinjiang.”

The “cowardly sports league” is Major League Baseball because it pulled the All-Star Game out of Atlanta. That followed Georgia’s astonishing and blatant voter suppression law, something which Republicans have yet to become “woke” to.

Sorry, Senator. You’re out, too.

OK, then, how about Gov. Ron DeSantis? Yee-HAW! Florida’s cowboy Governor is riding high in the polls, sitting on vaults overstuffed with cash, and he did a lot of good, populist things this year.

His education proposal includes a second straight year of $1,000 bonuses for state teachers. He proposed raising minimum teacher salaries for the third year in a row, jumping from $40,000 to $47,500

During the Surfside condo disaster, DeSantis checked politics at the door and met with President Joe Biden to support survivors and grieving families. It’s a shame that moment didn’t last.

And while plenty of folks criticized many of his legislative goals as partisan and divisive, well, the man got what he wanted, and his base loved that. His anti-riot bill passed, and he pushed through a bill to punish Big Tech for, ahem, “censoring” conservative voices.

DeSantis joined the GOP gubernatorial chorus by imposing voting restrictions just in time for the 2022 elections. That came on the heels of Florida’s wildly successful and smooth 2020 election because, well … you know.

So, he wins the Politician of the Year, right? No contest.

Um, no. He is consequential, for sure, but DeSantis also can be a jerk.

The Governor wasn’t content to sign a bill banning mandatory vaccinations, no. He had to travel to the Tampa suburb of Brandon to do that. That circus stunt (tee-hee) allowed his backers to continue their middle-school attempt at humor to mock Biden.

He continually rails against what he calls top-down interference from Washington. However, it’s a wonder he didn’t develop carpal tunnel from signing executive orders that tied the hands of Florida’s big-city mayors like Tampa’s Jane Castor, St. Pete’s Rick Kriseman, Miami’s Francis Suarez, and Orange County’s Jerry Demings. They were trying to mitigate the virus through mask and vaccine mandates.

DeSantis saw a political opportunity and pounced. Early in the vaccine rollout against COVID-19, DeSantis shook a fist at what he derisively called “FEMA camps.” But as Florida’s response lagged, he was happy to accept (and claim credit for) popup FEMA-run vaccine sites in many parts of the state.

That enabled many more Floridians to get vaccinated than they could have under strict state control.

Too often, DeSantis seems to be auditioning for his next job to the detriment of his current one. Naming vaccine skeptic Joseph A. Ladapo as Surgeon General was a troll against critics of the Governor’s COVID-19 response. It turned the state’s top doc into just another political hack.

No wonder he went through three chiefs of staff this year.

Sorry, Governor. You’re out, too.

Attorney General Ashley Moody? Nope. She certainly made headlines in 2021 but we are concerned about her tendency to act as a political arm of the Governor’s whims.

CFO Jimmy Patronis? He made headlines, too, and unlike most of his colleagues in the Capitol his were mostly positive. If he hit the inside straight and convinced In-N-Out Burger (or Tesla) to make the move from California, he’d have a strong case. Alas, that overture was just as doomed as his play to snake the Olympics from Tokyo. He did have a strong performance in Surfside, though.

As he prepares for his final turn in that role, you can make a credible argument that he is the most consequential Senate President of the modern Republican era.

That’s not to shortchange House Speaker Chris Sprowls, who worked well with Simpson and DeSantis on many key issues and, thanks to a big influx of federal dollars, the budgets they crafted kept Florida’s economy humming even through the COVID-19 vortex.

Sprowls even spearheaded a couple of policy wins of his own. His successful push to extend Medicaid coverage for new moms from two months to a full year was one of the few feel-good, bipartisan wins of the 2021 Legislative Session. And his book delivery program for struggling young readers is pure common sense.

But Simpson gets the overall nod because he was not afraid to show the kind of real leadership that often is lacking in Tallahassee.

The Surgeon General appointed by DeSantis was making the rounds in November to introduce himself to lawmakers. That included a stop at the office of Democratic Sen. Tina Polsky, who had recently been diagnosed with Stage 1 breast cancer.

She asked that Ladapo and his aides wear masks, but they wouldn’t. Eventually, she asked them to leave.

When the story broke, Simpson rebuked Ladapo in no uncertain terms.

“What occurred in Senator Polsky’s office was unprofessional and will not be tolerated in the Senate,” the Republican leader wrote in a memo to all senators and staff members.

“While there is no mask mandate in the Senate, Senators and staff can request social distancing and masking within their own offices. If visitors to the Senate fail to respect these requests, they will be asked to leave.”

Simpson is a rock-ribbed conservative who checks all the right boxes for his party. He can be as tough as a $2 steak, but he’s also a gentleman.

You don’t hear of a lot of DeSantis-like bombast from Simpson because that’s not his style. Although he would never confirm this, it seems likely he worked behind the scenes and soothed some of DeSantis’ rougher edges.

And he gets stuff done.

His signature accomplishment this year was legislation expanding farmers’ protection from nuisance lawsuits. But his pro-farmer stance is hardly a shocker (he is, after all, an egg farmer). And his conservative bona fides have never been in question.

But more so than most Republican lawmakers, he’s a true friend to the environment. Even before he took the gavel, Simpson secured millions for cleanup projects and supported record funding for Everglades and springs restoration.

When it seemed like the state would be facing a multibillion-dollar budget shortfall, he made clear that cuts to environmental spending — particularly water quality projects — would not be an option.

Simpson is running for Agriculture Commissioner in 2022, and his victory is the closest thing to a lock you can have in politics. He has money, endorsements by the score, a strong reputation. He also has Donald Trump’s backing. Trump’s name still carries a lot of cache among Republicans, especially in Florida.

Assuming DeSantis wins a second term in 2022, could we see Simpson in the race to succeed him four years from then?

Hey, we love getting ahead of things here.

There’s one thing we’re sure about, though. Wilton Simpson is the Florida Politics’ Politician of the Year.