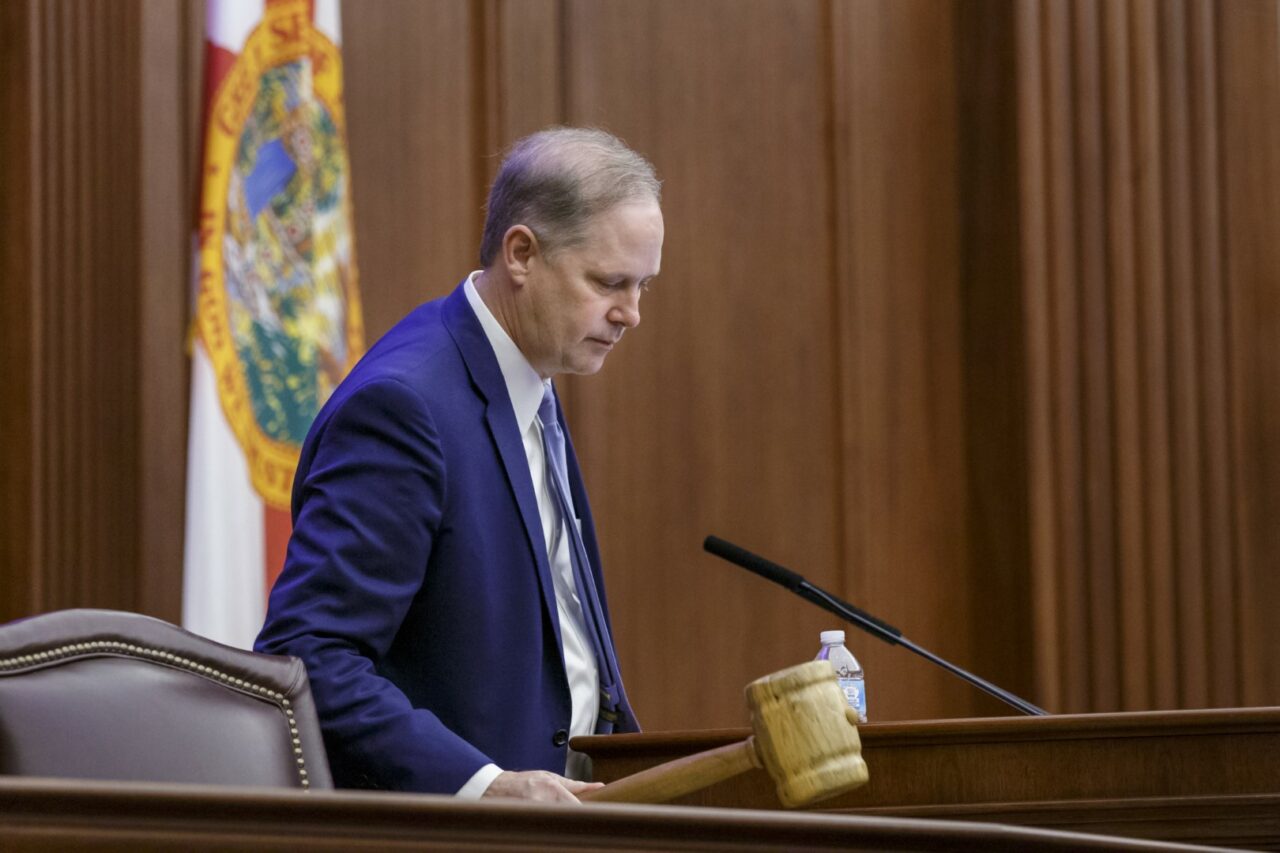 Simpson sent a memo to all members and Senate staff.

Senate President Wilton Simpson late Saturday sharply criticized a top official in the administration of Gov. Ron DeSantis for failing to adhere to a request from state Sen. Tina Polsky to wear a mask while visiting her in her office.

Polsky, a Democrat from Palm Beach County who was recently diagnosed with breast cancer and is about to start radiation treatment, asked Florida Surgeon General Dr. Joseph Ladapo to leave her office this past week after Ladapo refused to don a mask.

Simpson sent a memo to all members and Senate staff calling the incident “disappointing” and said that “it shouldn’t take a cancer diagnosis for people to respect each other’s level of comfort with social interactions during a pandemic.”

“What occurred in Senator Polsky’s office was unprofessional and will not be tolerated in the Senate,” the Republican leader wrote. “While there is no mask mandate in the Senate, Senators and staff can request social distancing and masking within their own offices. If visitors to the Senate fail to respect these requests, they will be asked to leave.”

The memo may also suggest that Ladapo, who was appointed to his post in late September, may run into trouble as he seeks confirmation with the Senate during the upcoming session.

Polsky was diagnosed with stage 1 breast cancer in August. Ladapo and his two legislative aides went to Polsky’s office this past week as he tries to build support for his confirmation vote. In an exclusive interview with Florida Politics, Polsky said she asked Ladapo to wear a mask, telling the state surgeon general she had a “serious medical condition.”

Polsky said he offered to go outside when she asked him to put the mask on, but she declined.

“I don’t want to go outside,” Polsky said she told Ladapo after he made the offer. “I want you to sit in my office and talk to you.”

Polsky said there was a brief back-and-forth, and then she finally asked whether there was a reason he couldn’t wear a mask but said he smiled and didn’t answer. She then asked him to leave.

Polsky told Florida Politics Saturday night that she was “overwhelmed by the outpouring of support from my colleagues and friends about my diagnosis as well as the unfortunate encounter with the Surgeon General. I am very grateful to the Senate President Simpson for his strong statement on behalf of myself and the Senate as a whole.”

When asked about the incident, Weesam Khoury, a spokesperson for the Department of Health, previously told Florida Politics that “Dr. Ladapo is committed to meeting with members of the Legislature regardless of their party affiliation to discuss policy, even when they do not agree on the subject at hand. Meetings between highly regarded and intelligent, elected and appointed officials happen all the time, and it is disappointing you don’t hear about them more — but it is probably because the only time they get reported is when a genuine meeting turns into a media headline expected from a gossip column.”

Representatives from the Governor’s Office did not immediately respond to the request for comment Saturday night about Simpson’s memo.

Ladapo has been critical of lockdowns and mask mandates as steps to combat the COVID-19 pandemic, which has led to the deaths of nearly 59,000 Floridians. During a press conference with DeSantis Thursday, Ladapo expressed skepticism about the effectiveness of vaccines. 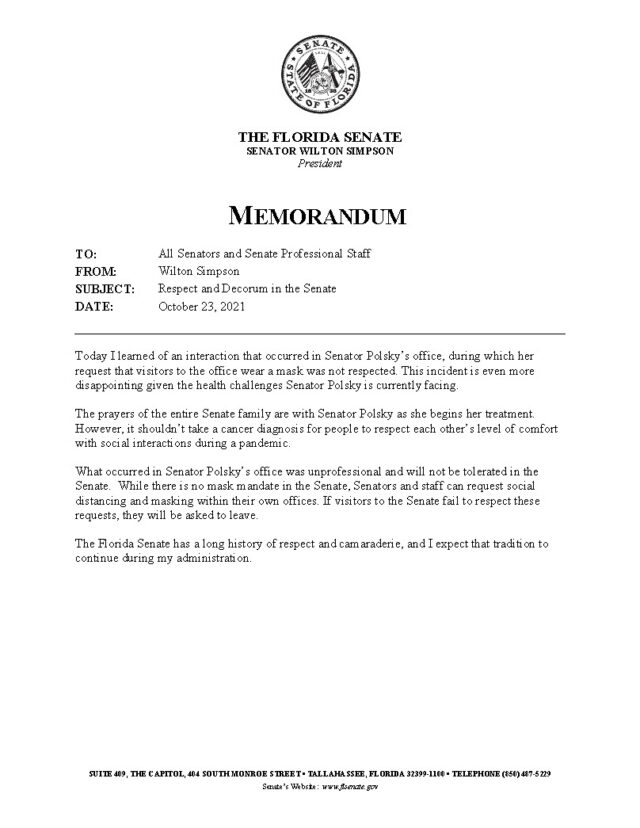