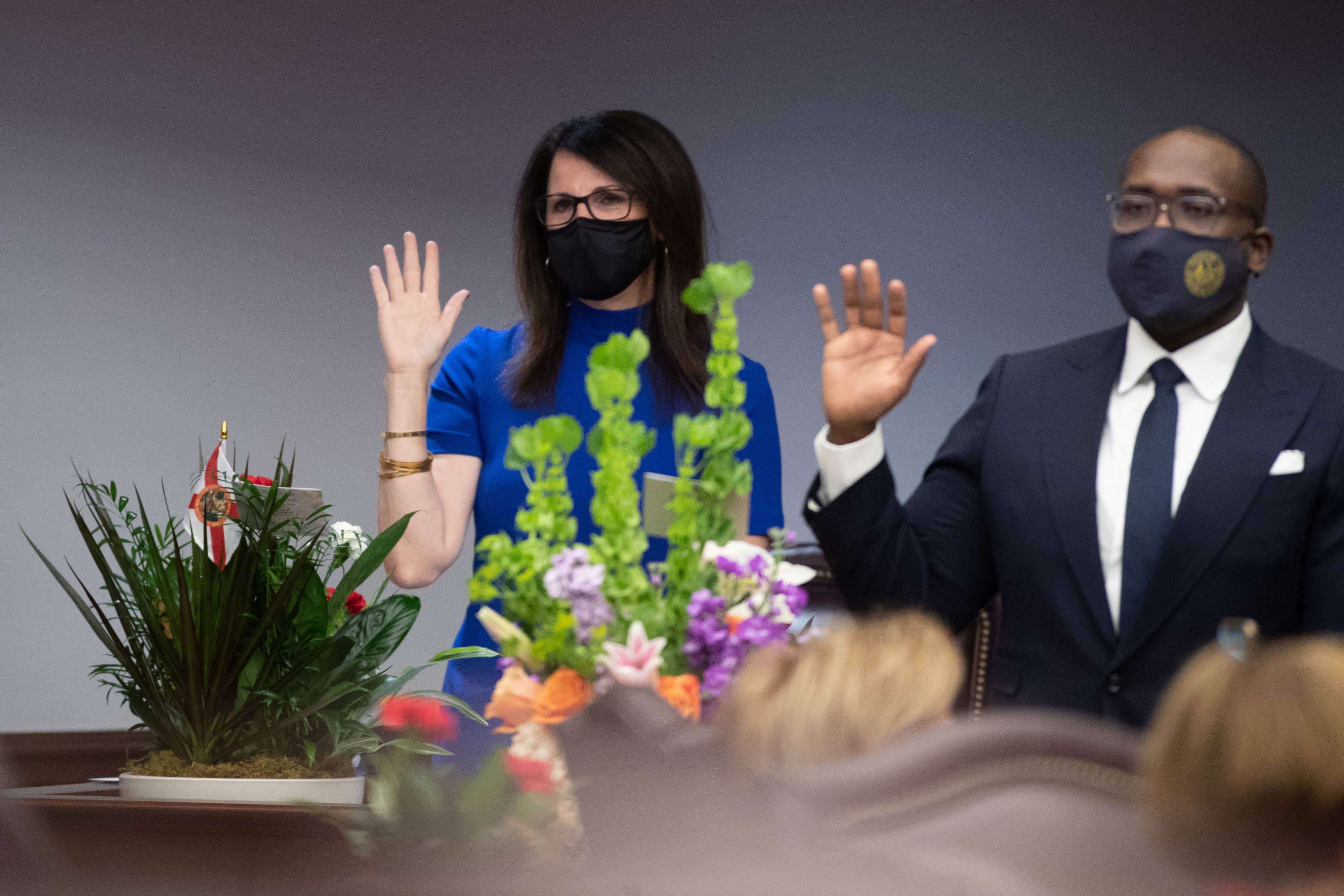 'If you have anything that you are doubting, please go check it out.'

Sen. Tina Polsky, a lawyer and rising star among Democrats, has been diagnosed with stage 1 breast cancer and will begin treatment next week at Boca Raton Regional Hospital Lynn Cancer Institute.

Polsky, 53, self detected a suspicious mass about a month and a half ago and, after a biopsy showed it was cancerous, underwent a lumpectomy on Sept. 27.

She is awaiting the results of one more test, but for now, she is scheduled to treat the cancer with radiation.

She decided to publicize her cancer diagnosis and treatment plan to underscore the importance of self examinations and annual mammograms and how they improve breast cancer health outcomes, Polsky told Florida Politics on Thursday.

“I wanted to share because word got out even though I asked people to keep it quiet. So I’d rather get ahead of the story,” she said. “In addition, I also wanted to use my public position to educate others about early self-detection and mammograms.”

Polsky says she was given a good prognosis because she is “stage 1 and it is very early.”

“And I had a mammogram last year. Mine is completely treatable,” she said. “I want to make sure that other people take good care of themselves. If you have anything that you are doubting, please go check it out. Because anything that feels strange needs to be looked at.”

Polsky is one of an estimated 20,160 Florida women who the American Cancer Society projected in its annual report would be diagnosed with breast cancer in 2021. It is the most diagnosed cancer in the state according to the association’s report.

In all, the cancer society estimated there would be 148,010 newly diagnosed cases of cancer in 2021. Only California is projected to have a higher number of new cancer cases for 2021 according to the report. Nationally, 1.9 million new cases of cancer are expected to be reported.

Gov. Ron DeSantis announced earlier this month that First Lady Casey DeSantis also has been diagnosed with breast cancer. The 41-year-old DeSantis made her first public appearances since the announcement this past weekend at a Hernando County Republican Party fundraiser.

Meanwhile, Polsky said she has a particular interest in improving early cancer detection for younger women who can have more aggressive cancer than post menopausal women but aren’t eligible for annual mammograms.

“I don’t know if it’s a legislative answer, I don’t think so, but younger women really need to stay on top of it because they are not supposed to get regular mammograms. We have to be able to do something about that.”

Polsky said the plight of younger women with cancer was brought to her attention by Jamie Rydell, a constituent of hers from Coconut Creek.

Under the federal Affordable Care Act, women between the ages of 40 and 74 with average risk for breast cancer can have mammograms at least every two years. Women 40 to 74 with above-average risk for breast cancer can be screened as frequently as once a year. Rydell recently reached out to Polsky’s local office to see what could be done to give younger women access to annual mammograms. Rydell, who turned 38 on Oct 20, was diagnosed with invasive ductal carcinoma this past May. While she regularly conducts self-breast exams, she discovered the lump in her right breast by happenstance in April. Rydell said she was sitting in her kitchen with her arm leaning back on her chair and felt the lump when she scratched an itch. After a visit to her primary care doctor and a biopsy she learned she had cancer five weeks later.

“They told me about my cancer and then said since I am so young they want to fight it aggressively. So my treatment plan is 16 rounds of chemotherapy, a double mastectomy and a lymph node dissection of my right arm followed by radiation,” she said.

Rydell discovered her lump just six months after her last annual wellness visit. Because there is no prior history of cancer in her family she says she isn’t considered at risk and mammograms weren’t discussed per the standard of care guidelines.

She has thought about that over the last five months during her chemotherapy treatments and can’t help but wonder if she had been offered a mammogram at that visit, whether the cancer would have been detected before it spread into her lymph nodes.

“If we can’t figure out how to change the guidelines, there has to be some kind of way to re-educate women to take more control of their health, because no one will fight for you but yourself before 40. I mean the mammogram can really tell you what’s going on, but before 40, it’s yourself who’s going to find anything.”