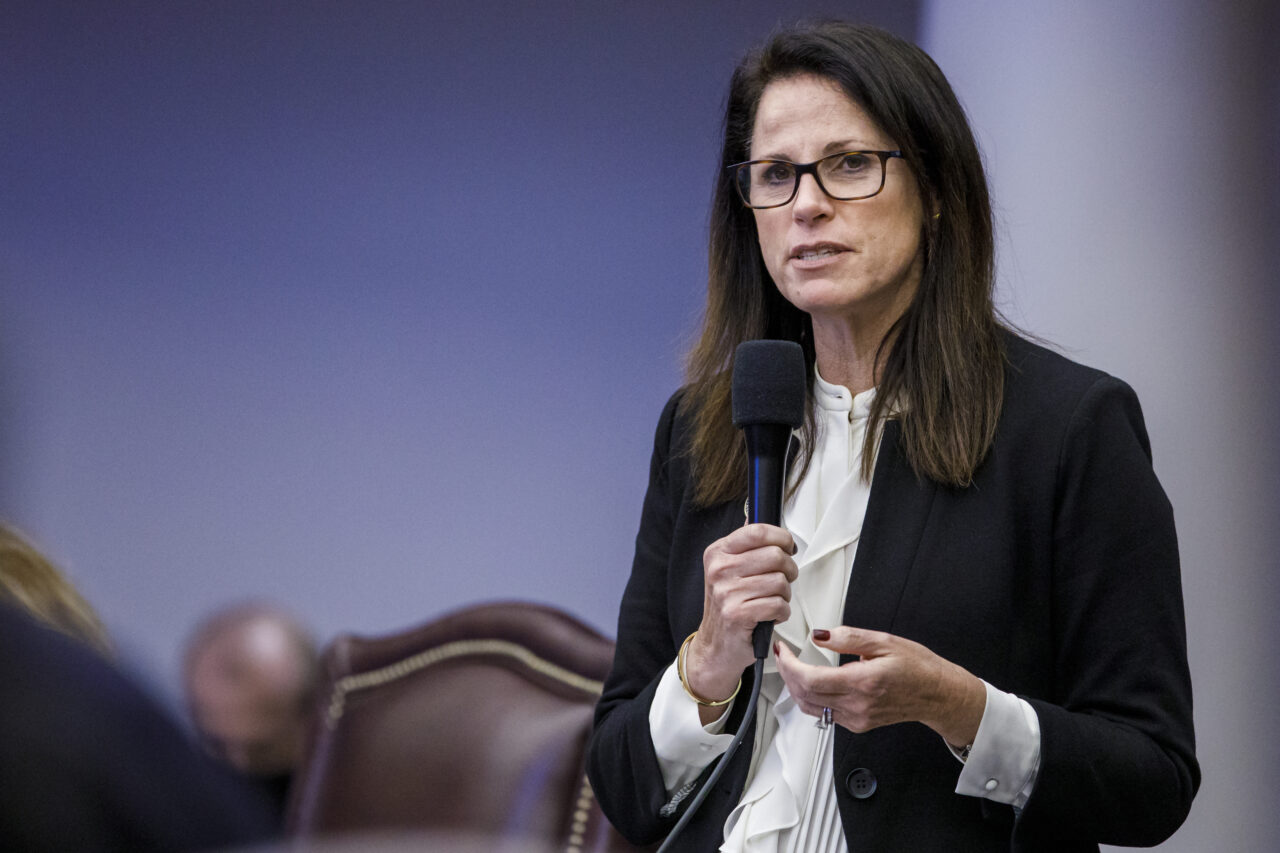 Polsky will begin radiation therapy treatment for cancer next week.

Florida’s top public health official was asked to leave a state Senator’s office this week after refusing to don a mask in her office.

Sen. Tina Polsky, who was diagnosed with stage 1 breast cancer in August, asked state Surgeon General Joseph Ladapo and his two legislative aides to leave her office after Ladapo refused to comply with her request to put on a mask.

“I told him I had a serious medical condition,” said Polsky, who will begin radiation therapy treatment for cancer next week.

Polsky said that Ladapo had requested to meet with her in Tallahassee this week; he was making the rounds visiting several Senators who will be asked in the upcoming Session to confirm him.

Polsky said he offered to go outside when she asked him to put the mask on, but she declined.

“I don’t want to go outside,” Polsky said she told Ladapo after he made the offer. “I want you to sit in my office and talk to you.”

Polsky said there was a brief back-and-forth, and then she finally asked whether there was a reason he couldn’t wear a mask.

“He just smiles and doesn’t answer. He’s very smug,” Polsky recalled. “And I told him several times, `I have this very serious medical condition.’ And he said, ‘That’s OK,’ like it basically has nothing to do with what we are talking about.”

Eventually, Polsky said she asked Ladapo to leave her office, which he agreed to do, she said. But the Senator said before going, Ladapo remarked, “Sometimes I try to reason with unreasonable people for fun.”

“Dr. Ladapo is committed to meeting with members of the Legislature regardless of their party affiliation to discuss policy, even when they do not agree on the subject at hand,” Khoury said in an email. “Meetings between highly regarded and intelligent, elected and appointed officials happen all the time, and it is disappointing you don’t hear about them more — but it is probably because the only time they get reported is when a genuine meeting turns into a media headline expected from a gossip column.”

Khoury added, misspelling Polsky’s name, that she and Ladapo “are saddened to hear about Sen. Polsky’s recent diagnosis and wish her well.”

Polsky said she is taking all precautions she can to protect herself from getting infected with COVID-19. A positive test means a delay in her treatment, and she doesn’t want to take any risks.

“I really wanted to interview him. I had a lot of good questions,” Polsky said. “So that was unfortunate that I didn’t do it. But I felt really uncomfortable.”

Gov. Ron DeSantis announced Ladapo as the state’s new Surgeon General and head of the Florida Department of Health in mid-September, touting the associate professor from UCLA David Geffen School of Medicine as having “a superb background” and “bringing a superb intellect.”

Like DeSantis, Ladapo is a vocal opponent of mask mandates, government shutdowns, and vaccine mandates. In a Sept. 16 opinion article for The Wall Street Journal, Ladapo decried “a zealous pursuit of public mask-wearing,” which he said, “has had, at best, a modest effect on viral transmissions.”

previousWinner and Loser of the Week in Florida politics — Week of 10.17.21