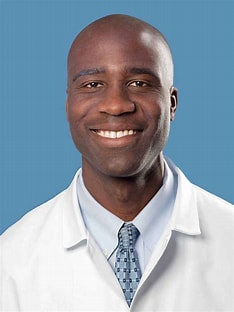 Ladapo continues to face backlash after refusing to wear a mask while meeting with a Senator battling cancer.

Simpson did not say whether the Florida Senate would confirm Ladapo, Gov. Ron DeSantis’s choice to run the Florida Department of Health. Lawmakers are expected to vote on that confirmation in the upcoming Session that begins in January. But Simpson said his initial reaction to a now nationally debated gaffe is fair.

“We don’t have a mask mandate in the Florida Senate or a vaccine mandate or anything else,” Simpson told Florida Politics. “But what I said was, ‘(Y)ou are going to treat senators with respect.’

Florida Politics first reported that Sen. Tina Polksy asked Ladapo and two Department of Health staffers to leave her office last week because they refused to abide by her request to wear masks. Ladapo requested to meet with Polsky, who last week publicly disclosed that she has stage 1 breast cancer.

Polsky told Ladapo that she had a “serious medical condition” and asked that the Surgeon General nominee put on a mask. Nevertheless, Ladapo and his assistants refused to comply with Polksy’s requests. After a back and forth exchange in which Ladapo offered to meet with the Senator outdoors, Polksy asked them to leave, which they agreed to do.

But Polsky said before going, Ladapo remarked, “Sometimes I try to reason with unreasonable people for fun.”

Weesam Khoury, a Department of Health spokesperson, confirmed the meeting and the statement, but said that “the comment referenced was not said to Senator Polskey (sic).”

Like DeSantis, Ladapo is a vocal opponent of mask mandates, government shutdowns, and vaccine mandates.

In a Sept. 16 opinion article for The Wall Street Journal, Ladapo decried “a zealous pursuit of public mask-wearing,” which he said, “has had, at best, a modest effect on viral transmissions.”

DeSantis’ September announcement that Ladapo would succeed former state Surgeon General Scott Rivkees caused a stir among Democrats, which was heightened the following day after Ladapo signed an emergency order leaving it up to parents to decide whether their children should wear masks in schools, and whether to quarantine after exposure to the virus.

Simpson, though, is the first high-ranking Florida Republican to admonish Ladapo.

Meanwhile, Senate Democrats turned to social media to call on the upper chamber to deny Ladapo’s confirmation during the upcoming 2022 Legislative Session.

The story has made national headlines and Ladapo has since issued a statement explaining his behavior.

But Simpson, who was in Orlando attending the Florida Chamber of Commerce annual conference and two-day Future of Florida Forum, doesn’t seem impressed.

“I thought some of the comments were disrespectful, whether Sen. Polsky had cancer or not. But the fact she has cancer, that clearly would lead to a compromised immune system. And the good doctor knows that. He should have some manners,” Simpson said.