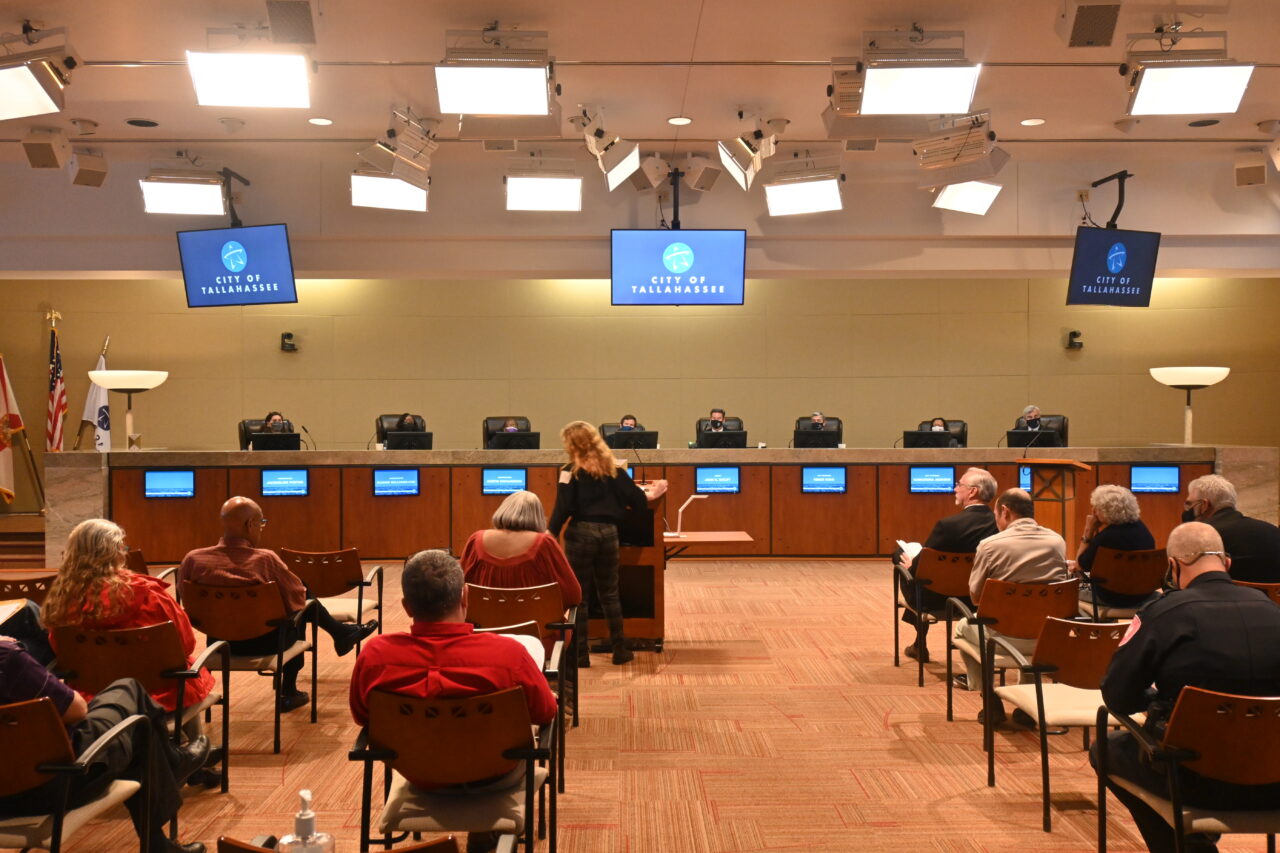 'I deserve to decide what I do with her body.'

Resolution No. 21-R-30 states that Mayor John Dailey and Commissioners Jeremy Matlow and Jacqueline Porter support all legal efforts to protect Florida citizens’ right to abortion and strengthen reproductive health care. The document also asks the Florida Legislature to support those efforts, but it holds no legal influence over its actions and does not directly name any legislation.

Copies of the resolution will be sent to Gov. Ron DeSantis and Senate, House, and the local delegation to the Florida Legislature.

“Today, the city of Tallahassee joins 10 other Florida local governments in supporting a woman’s right to choose,” he said.

The two Commissioners who opposed the resolution — Curtis Richardson and Dianne Williams-Cox — said they supported abortion rights but did not think the City Commission should pass a resolution requesting action from the state Legislature because the Commission has no authority over it.

Before voting no, Richardson said he strongly supports a woman’s right to choose, even though he is very religious.

“I would challenge anyone to say I am evil or banished to hell for saying that is a choice between my wife and me. When I go through the pearly gates, I have no doubt God will tell me, ‘Hello, my good and faithful servant,’” he said.

Before the vote, the public comment section regarding the resolution took several hours. Dozens waited in the audience to speak.

One of them was Ray Burrows, a 70-year-old retired Leon County government employee. He said he heard about the resolution’s proposal while attending Celebration Baptist Church in Tallahassee. It was his first time speaking about his anti-abortion views publicly.

“We can watch children develop right from the first heartbeat, watch their arms grow. We can watch them suck their thumbs, play with their toes,” he said.

One abortion-rights supporter, 25-year-old Alice Ball, told the Commission she had both her fallopian tubes surgically removed the day before the meeting. They were damaged three years ago after an ectopic pregnancy, in which a fertilized egg develops outside the uterus and can cause internal organ damage.

Ball said she tried to get an abortion locally at a hospital, but she said doctors kept encouraging her to delay getting one.

“It felt like they were just trying to see how sick I could get until they would do it,” she said.

After she was eight weeks pregnant, she could only get a pill abortion locally, but a surgical abortion was required to remove the fetus from her fallopian tube. She said she had to travel to Texas to get chemotherapy to treat internal organ infection and remove the fetus.

She said if she had better access to abortions locally, she might have been able to become a mother in the future.

“I could still have children if I had an abortion in time. I deserve to be a mom. I deserve health care. I deserve to decide what I do with her body,” she said. “I don’t blame my doctors, then or for what happened now. I blame the legislation for making it so difficult.”

While most speakers during public comment were anti-abortion, that ratio of opinion is likely not reflective of the population of Tallahassee. Over 63% of Leon County voters supported President Joe Biden in the 2020 Presidential Election, and most of the county’s state and national legislators are Democrats. The 2020 Democratic Party platform supports protecting abortion rights.

The decision to pass the resolution comes after a Florida lawmaker filed a Texas-style anti-abortion bill last month. HB 167, filed by Deltona Republican Rep. Webster Barnaby, would allow anyone in the state not employed by the government to sue people that perform or assist in abortions done after a fetal heartbeat is detected. The minimum damages a person can sue for would be $10,000.

A fetal heartbeat, referring to the noise an ultrasound makes when picking up electrical activity from an embryo or fetus, is detectable as early as six weeks after conception.