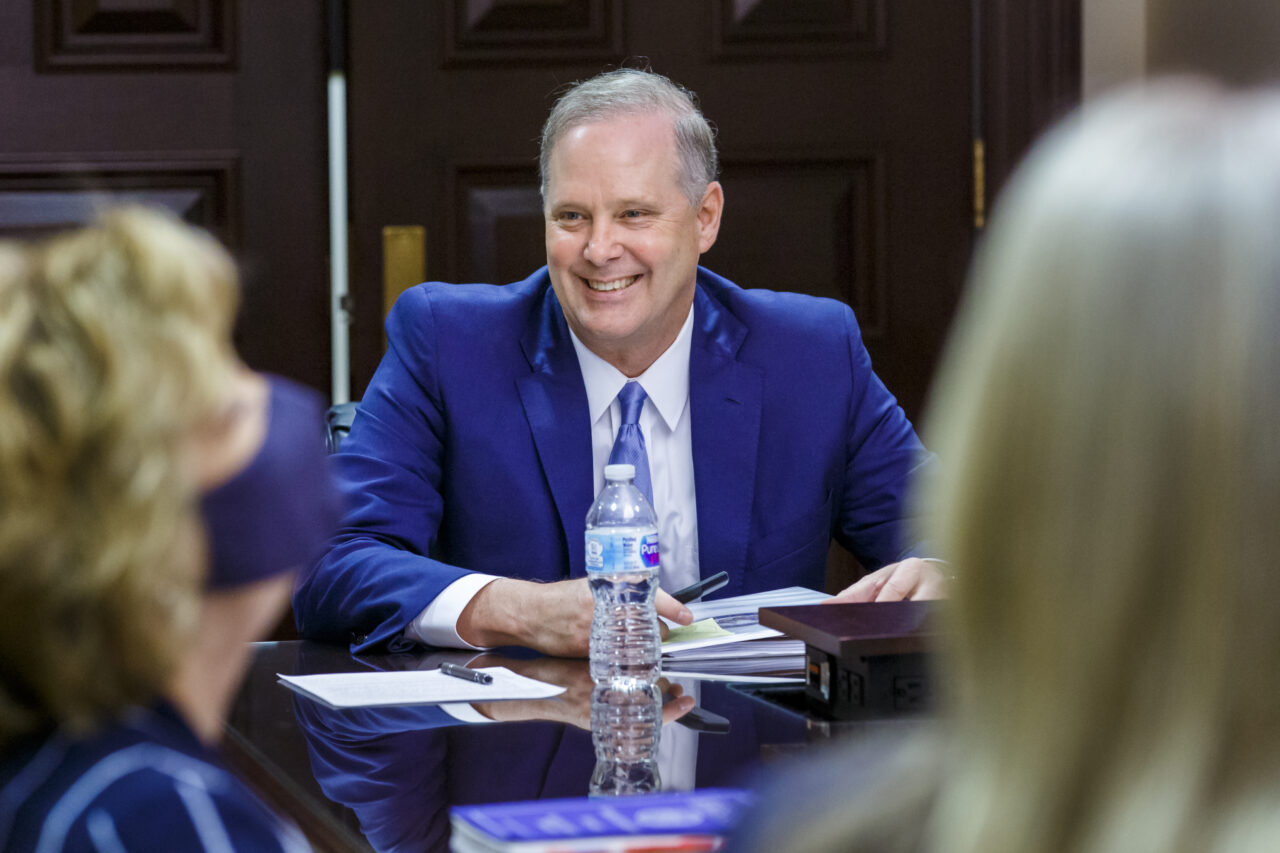 Simpson, who has already earned the support of former President Donald Trump, filed for the race Friday.

Senate President Wilton Simpson has officially filed for a chance to become the state’s next Agriculture Commissioner, ending months of speculation surrounding his plans following his final Senate term.

Simpson has long been rumored to want to mount a run for Agriculture Commissioner. Simpson earned much of his fortune in the farming industry before joining the Legislature.

Simpson will enter the contest as a favorite to earn the GOP nomination. First elected to the Senate in 2012, Simpson will have a decade of experience in that body to tout, including his current term as the 2020-22 Senate President. In addition, he has already secured the endorsement of former President Donald Trump, who still holds significant sway among the GOP base.

Trump made his endorsement in May as Simpson was still contemplating a run.

“Wilton Simpson has done an outstanding job as President of the Florida State Senate, and I hope he runs for Florida Agriculture Commissioner in 2022 — he will have my Complete and Total Endorsement! Wilton has been a great supporter and worked hard to get many good Conservatives elected in Florida,” Trump said in a written statement.

“He helped us grow our Republican majority in the Florida State Senate and gave us a historic win in Florida in the 2020 Presidential Election. Wilton will never let the great people of Florida down!”

Simpson’s announcement was accompanied by a statement from spokesperson Erin Isaac.

“As a lifelong farmer, President Simpson knows that the seeds we plant today — for our families, our businesses, and for our communities — are the only way to grow a stronger Florida. With that said, there will be plenty of time for campaigning after the important work ahead, because for too long, too many politicians have told us to vote for them and settle for less. They say it’s either low taxes or great schools, either family farms or clean water, either Florida’s consumers or Florida’s businesses. President Simpson believes Floridians can have all of these things and remains focused on fighting for them in Tallahassee during this critical time,” she said.

“I have witnessed firsthand (Wilton Simpson’s) passion for FL’s rural lands, agricultural industry & natural resources. He’s a fearless leader & a man of integrity,” Sprowls said in a Twitter statement. “When he gives his word, you can take it to the bank. He has the makings of a great Ag Comm & already has my vote.”

Agriculture Commissioner currently stands out among Florida’s statewide elected offices, as it’s the only one occupied by a Democrat. But with current Commissioner Nikki Fried mounting a run for Governor in 2022, the position is set to open.

Enter Simpson, a strong fundraiser and someone with ties to the agriculture community. He holds more than $1.9 million in his political committee, Jobs for Florida.

The GOP Primary in the Agriculture Commissioner’s race is currently contested, with Richard Olle Jr. and James Shaw also filing paperwork to run. Ryan Morales is the only Democrat to launch a run officially.