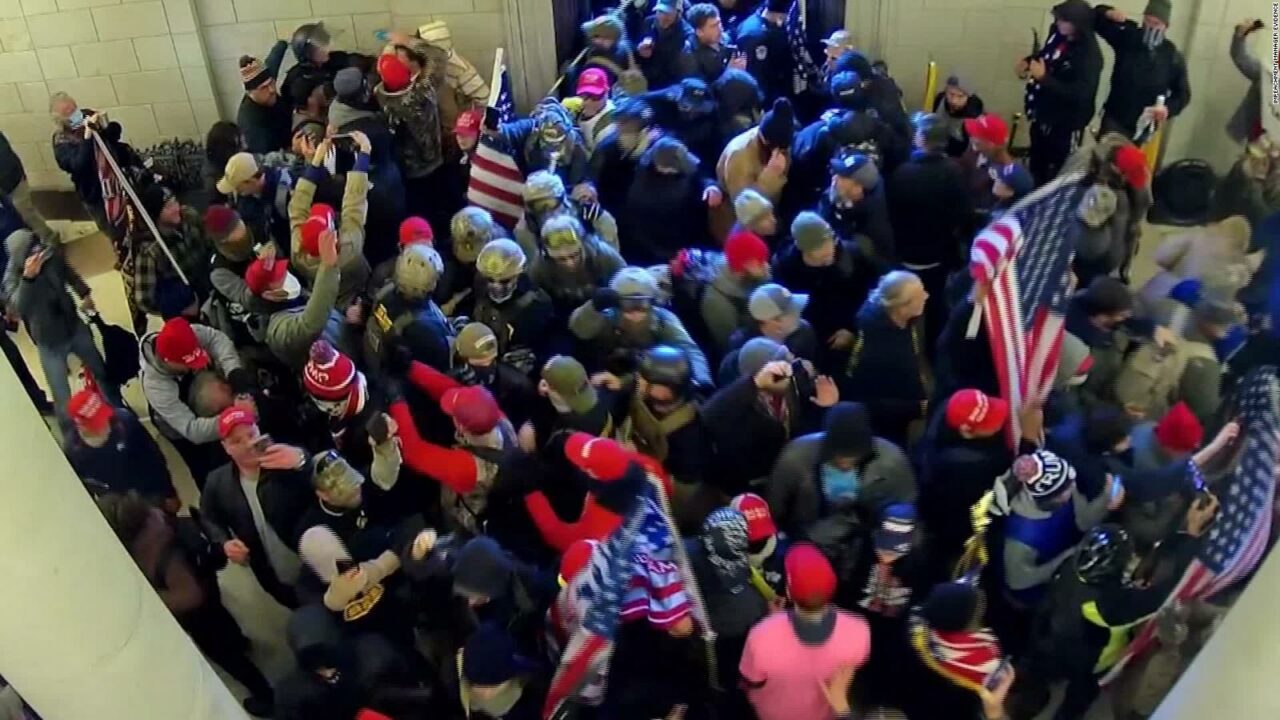 Florida remains a stronghold for hate groups and has one of the highest totals of people arrested after the riot.

With the first anniversary of the insurrection at the U.S. Capitol upon us, it’s worth remembering that Florida was a key player in the violence. Our state is one of the leaders in insurrection-related arrests.

According to the U.S. Department of Justice, 73 people from our state face charges related to the riot. One of them, Robert Scott Palmer of Largo, was sentenced to more than five years in prison last month after pleading guilty to resisting arrest and assaulting officers with a deadly weapon.

That’s the longest prison sentence so far among those convicted in the attack.

But that’s not all. Our Disney-loving, family-friendly, get-away-from-it-all state harbors the second most hate groups in the country.

The Southern Poverty Law Center tracked 68 such groups within our state, second only to California’s 74. Members of those groups aren’t organizing pickleball games when they get together.

That’s all by way of saying that the kind of violence we saw a year ago will probably happen again, except this time closer to home. Our polarized politics almost guarantees that.

Recently, a storyline has emerged about how these activists are focused now on local elections, such as school boards. Already in Florida, we’ve had multiple reports of school board members facing harassment, threats and bullying.

It won’t be long until we see some of those people running for and winning seats on those boards.

It’s important to remember that those who participated in the insurrection believed they were doing their patriotic duty to overturn a stolen election. You can’t reason with people like that.

I used to chuckle at those who would spin outrageous stories about conspiracies that seemed to come straight from the Twilight Zone. However, there’s nothing funny about any of that now because those folks found others willing to believe as they do.

They have leaders, a clear mission and — perhaps most frightening — they believe in the deepest core of their being that they are right.

If presented news that conflicts with their beliefs, they mock it and dismiss it because of something they saw on their Facebook group. Those who disagree are wrong.

Not just wrong, but dead wrong.

They see themselves as the only “true Americans” (the rest of us are fake or, worse, subversive). And they believe that the end justifies the means.

They also have enablers in high places, people like U.S. Rep. Matt Gaetz, who hours after the insurrection said, “Some of the people who breached the Capitol today were not (Donald) Trump supporters. They were masquerading as Trump supporters and, in fact, were members of the violent terrorist group antifa.”

That’s a ruse, but it doesn’t matter. A Reuters/Ipsos poll months after the riot showed 55% of Republicans believe violent left-wing protestors infiltrated the protest and provoked the attack to make Trump look bad. And as we know, Florida is one of the former President’s strongholds.

So, here we are, a year later. Workers repaired the damage and swept up the broken glass at the Capitol. Those charged in the insurrection face their day in court. We’d like to believe everyone learned lessons from the riot, but we also know better.

We remain divided as ever.

Will it ever change?