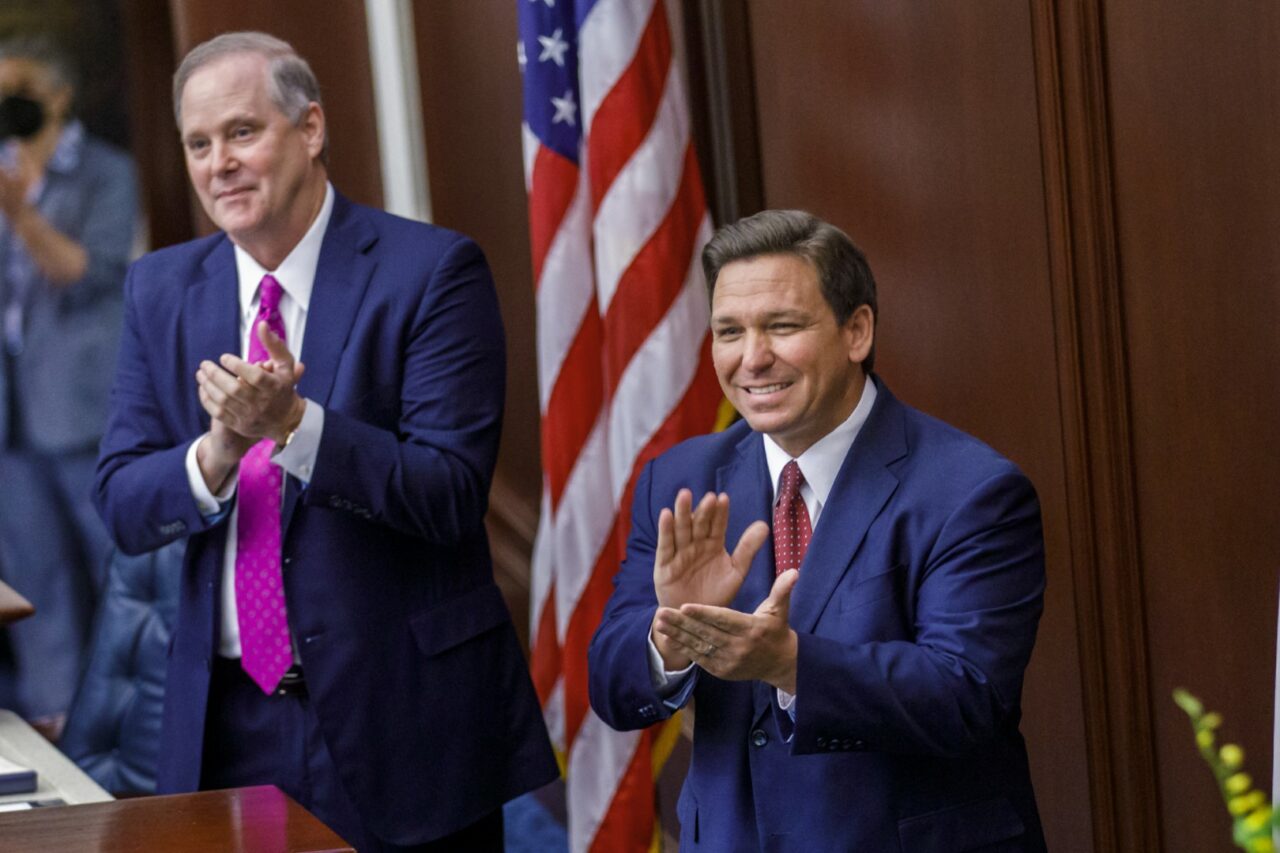 The bill was a priority of Senate President Wilton Simpson.

The House passed the update (SB 88) to Florida’s Right to Farm Act last week after the Senate cleared it last month. DeSantis signed it Thursday morning with agriculture business and legislative leaders in the room.

The measure, a request from farmers, protects them from people who move into rural communities and then file complaints.

DeSantis had until Thursday to act on the bill.

The legislation is a top priority of Senate President Wilton Simpson, a Trilby Republican and egg farmer by trade.

Several of the Governor’s priorities went unheard during long pauses in the Senate on Wednesday, leading to some questions of whether the Senate President intentionally held up those bills as leverage to get DeSantis to sign the farming proposal.

Simpson denied intentionally holding them up when asked by reporters.

“I’ve served eight years now where it is obvious that there are these tug of wars between the House or the Senate or the Governor’s office who’s winning and all the competition stuff, and there’s not,” Simpson said.

Among DeSantis’ priorities that sat unheard in the Senate Wednesday included a measure to prevent social media companies from “censoring” users (SB 7072) and legislation to ban vaccine passports (SB 2006).

“He’s the Governor, he gets to make that choice, and it has nothing to do with the bills we’re hearing or not hearing,” Simpson continued. “It’s about timing between the two chambers.”

The farming bill would restrict certain types of civil lawsuits based on farming activities, require plaintiffs to prove noncompliance with state or federal requirements, and limit who may file nuisance lawsuits against farmers. For negligence, trespassing, personal injury and strict liability lawsuits, as well as nuisance suits, plaintiffs must provide clear and convincing evidence the farming activity does not comply with state and federal environmental laws, regulations or best management practices.

Nuisance suits would also be restricted to plaintiffs located within a half-mile of the activity or structure targeted in the suit. Plaintiffs that sue over activities deemed legal could be asked to pay the defendant farm’s attorney fees.

The bill includes an expansive definition of nuisance — “reasonable use and enjoyment of land” — including noise, smoke, odors, dust, fumes, particle emissions or vibration.

Despite pushback from most Democrats during the committee process, the measure passed the Senate 37-1 and the House 110-7. Several members changed their votes on the bill from no to yes after farmers from the Everglades explained why they need the measure.

Some Democrats pushed back on the bill with fears it would prevent those affected by crop burning, specifically sugar-cane burning, from suing farmers because the Department of Agriculture and Consumer Services has OK’d the practice.

The bill also incorporates “agritourism” — such as attractions like corn mazes, rural bed-and-breakfasts and wine tours — as protected farming activities. Unlike the remainder of the bill, that provision received bipartisan support.

“I want to thank you for the attention you paid to farming. No one knew you were a farmer until you became President,” Rouson joked on the Senate floor about Simpson.

The Florida Ag Coalition, a group of farmers and ranchers, thanked DeSantis for signing the bill.

“With this law in place, we can preserve Florida’s natural landscape, the natural resources and wildlife that depend on it, and slow the conversion of farm and ranch land to other nonfood producing uses, while providing long-term sustainability of our food supply” coalition Chair Nancy Stephens said in a statement.

House Speaker Chris Sprowls called the bill “a labor of love” for the Senate President. At the start of the Session, he gifted Simpson a “Farmer’s Almanac” from 1845, the year Florida became a state.

Simpson stole those remarks on Thursday when thanking Senators, the House and farmers for their work.