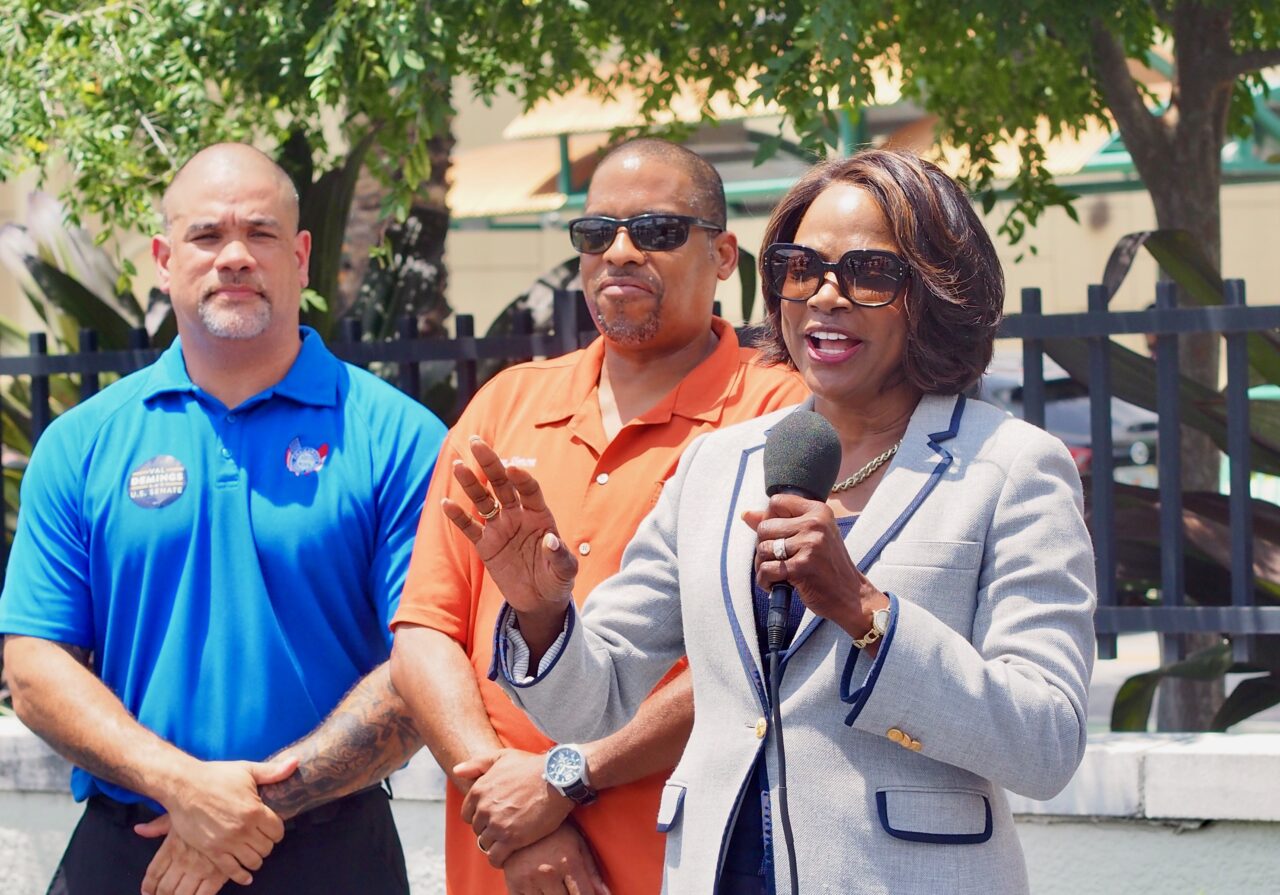 The Democratic Senate candidate also pledges to support transit, as she receives the ATU endorsement.

Accepting the endorsement of the Amalgamated Transit Union and its 11 locals in Florida, Democratic Senate candidate Rep. Val Demings pledged Wednesday to stand with labor, saying she has been a supporter since the beginning of her police career.

The ATU’s endorsement may not carry much weight in the expected contest this fall between Demings and Republican Sen. Marco Rubio since most unions have been allied with Democrats for a century or more.

The ATU represents bus and transit drivers and workers, as well as municipal employees in Pensacola and Tampa.

Before she faces Rubio, Demings has a Democratic Primary Election to get through; but with the recent exodus of Ken Russell from the race, Demings’ path is pretty straightforward.

“We’re going to stand behind you the whole way,” ATU Local 1596 President Willie Delgado pledged at a small rally outside the Ace Cafe Orlando, across from the LYNX Central Station bus terminal in downtown Orlando.

Demings used Wednesday’s announcement to remind the ATU workers of her commitment to transit and transportation, as an active advocate of President Joe Biden’s $1.3 trillion infrastructure bill last year, and other measures. She’s also the wife of Orange County Mayor Jerry Demings, who is pushing for a 1-cent increase in the county sales tax to pay for more transit and transportation improvements.

“I am absolutely honored to stand with you here today, with people who have to go to work every day,” Demings said. “For people, who during a tough pandemic — two years, and we’re not quite completely out yet, though we’re much better than we were. But when we were trying to figure it out, the people standing behind me today helped keep America moving.

“We know how important unions are at protecting workers’ rights,” she said. “The people who helped build America. The people who helped to keep America moving. Workers right. Safe conditions. Wages that are truly livable. Benefits, so that when you are ready to retire, you are able to retire with dignity and respect.”

Dwight Mattingly, chair of the ATU Florida State Legislative Conference Board and president of Local 1577 in West Palm Beach, lauded Demings for cosponsoring the PRO Act (HR 842) to make it easier for people to join unions and for cosponsoring the Transit Worker and Pedestrian Protection Act, which was rolled into the infrastructure bill approved and signed last fall.

“Dwight, I will continue to work hard to pass legislation that will truly help to keep our residents moving, our visitors moving, our workers moving here in Central Florida,” Demings pledged.

She also used the event to remind the audience of her career in law enforcement before entering politics and getting elected to Congress in 2016.