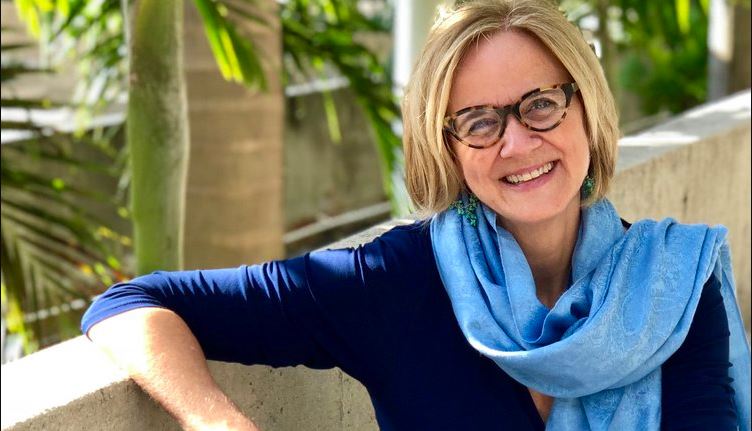 ‘I’ve worked with colleagues, regardless of party affiliation to get stuff done for our resident.’

Higgins’ camp had more than hinted over the past weekend she was gearing up for a potential congressional run. On Thursday, the Democratic first-term Commissioner removed all doubt, announcing that she will be filing for CD 27 in the coming days.

“The incumbent Congresswoman has voted against the best interests of the people of District 27, and I’ve had enough,” she said in a statement. “I hear every day how Congress is broken, and residents see how partisan fights and personal agendas are at the forefront while problem-solving and addressing the challenges neighborhoods face are ignored.”

She added, “I’ve worked with colleagues, regardless of party affiliation to get stuff done for our residents. I’ve worked with Mayors from both parties to tackle problems big and small, and that’s what I’ll do in Congress too.”

Higgins entered politics as a disrupter in June 2018, when she defeated the better-funded campaign of Zoraida Barreiro, the Cuba-born wife of former Miami-Dade Commissioner Bruno Barreiro, to represent the county’s heavily Hispanic District 5.

The race saw CD 27 candidates knocking on doors to advocate for Higgins, an Ohio-born Democrat whose fluency in Spanish earned her the nickname, “La Gringa.”

During her time on the Miami-Dade Commission, she has led and supported efforts to build and improve transit services, add affordable housing, strengthen small business and redevelop a large area of county-owned land in downtown Miami, among other things.

As the current chair of the Transportation, Mobility and Planning Committee and a member of several other panels, including Commission Chair Jose “Pepe” Diaz’s powerful policy council, she’s developed a reputation as a collaborator and dealmaker.

Higgins now plans to advocate for those priorities in Washington, her campaign said, while working to broaden access to affordable health care, improve water and sewer infrastructure in Miami-Dade, and invest in public safety and crime reduction.

“As the Commissioner for a district with stark inequality, I’ve been dedicated to investing in our students, small business owners, and working families,” she said. “This is why I cannot understand how the incumbent voted against the American Rescue Plan to help small businesses and has stood in opposition to important investments that will make our streets safer and infrastructure stronger.

“I am proudly running for Congress to deliver for the people of Congressional District 27 and stay focused on problem solving, not partisan food fights.”

Higgins boasts a broad and varied professional background. She got her start as an engineer after graduating in 1987 from the University of New Mexico. Two years later, she earned an MBA in operations and production management from Cornell University.

At first, she worked in manufacturing facilities, with some jobs taking her to Europe and Latin America. She then moved into general business management, marketing and sales for spirits companies Seagram and Jose Cuervo.

That work got her invited to serve on advisory boards for nonprofit organizations, which led to her involvement in anti-poverty initiatives. She became director of the Peace Corps in Belize, working on everything from basic sanitation and dealing with HIV and AIDS to economic development.

She described the experience as “transformational” in a 2019 interview with Miami Today.

From there, she went to work for the U.S. Department of State, where she worked to improve relations between America, Mexico and South Africa.

She briefly worked as a business consultant in Miami before winning a seat on the Miami-Dade Commission. Unlike most of her fellow Commissioners, Higgins does not have a day job; she and her family own several OrangeTheory Fitness gyms in New Mexico and Texas.

Other candidates in the race include Angel Montalvo, an “unapologetically progressive” Democrat who is running a “100% grassroots” campaign; Republican Frank Polo, who filed to run in late January; and no-party candidate Ian Anthony Medina, who filed to run in July 2021 but has reported no campaign finance activity since.

Salazar, meanwhile, just had her best fundraising quarter since she assumed office last year. The former TV journalist raked in $690,000 between New Year’s Day and March 31.

Florida’s resign-to-run law requires Higgins to tender her resignation from the Miami-Dade Commission seat by early June. She would have to leave office by early 2023.

In accordance with the county charter, an election for the District 5 seat will happen in August alongside races for the Commission’s even-numbered districts of 2, 4, 6, 8, 10 and 12.