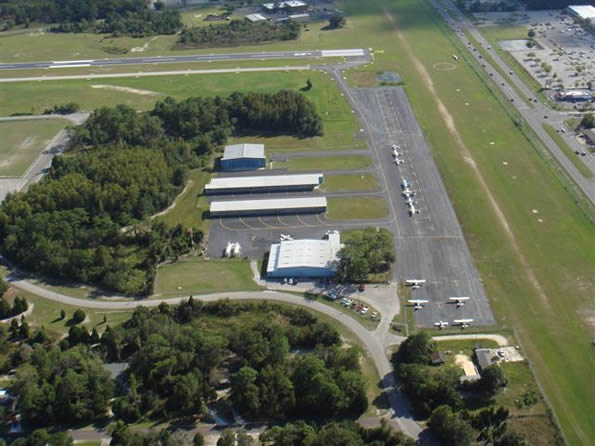 'We’ve got folks here who would rent those larger hangars.'

Citrus County’s two public airports, historically home to single-engine aircraft owned by a smattering of local residents, are taking off.

During a workshop Tuesday, County Commissioners said they wanted future hangars at both Crystal River and Inverness airports to accommodate larger corporate-sized jets, a need they say is starting to show now.

The Inverness Airport runway is 5,000 feet, and the county has plans in 2024 to extend the runway at Crystal River Airport from 4,355 feet to 5,000 feet to handle the larger planes.

Kinnard said it was only logical that the county build hangars in anticipation of needing space for larger aircraft.

Commissioners also discussed development of the 80-acre business park adjacent to Inverness Airport, where the county is close to issuing bids for development of water/sewer utilities and roads.

The business park sits on the far south end of the airport property, where Airport Road hits Watson Street.

Commissioners said airport traffic should be directed toward Airport Road because Watson is narrow and runs through a neighborhood.

“We want to be good neighbors to them,” Commissioner Scott Carnahan said.

Carnahan noted that the county animal shelter, which is now located on Airport Road, is moving to a new site in Lecanto.

Carnahan also suggested the county ask the state to reconfigure the angled Airport Road intersection at U.S. 41 or install a traffic signal.

previousJudge to decide how much pharmacies owe over opioid crisis