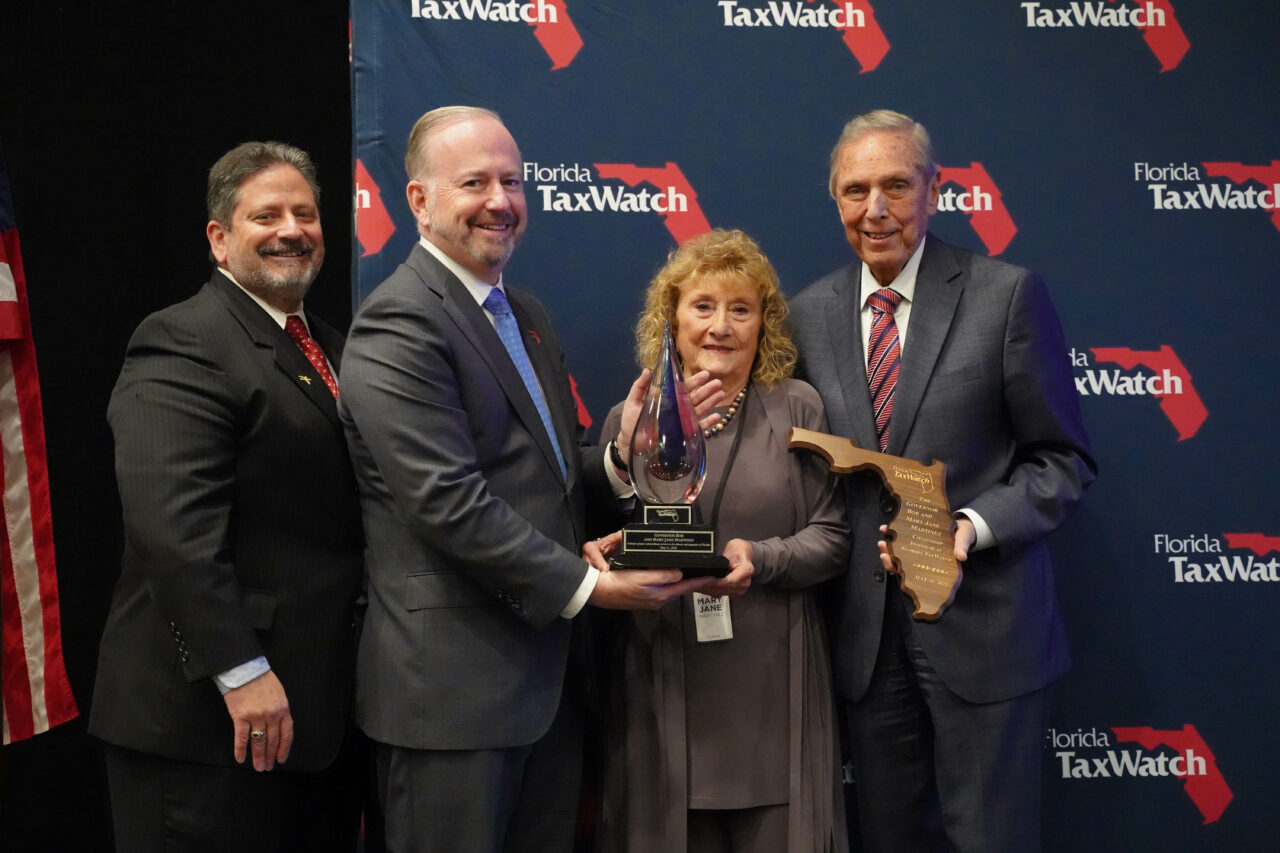 Bob Martinez served as Florida's first Hispanic Governor from 1987 to 1991.

The pair was recognized by state and local leaders, who praised their work for Floridians and on the national stage. The Citizenship Institute, a program that mentors and teaches young Florida business and community leaders about the impact of policy and civics, will now take on the title of “The Governor Bob and Mary Jane Martinez Citizenship Institute.”

Bob Martinez was instrumental in establishing the program, heading the Florida TaxWatch’s Citizenship Institute when it was founded over seven years ago.

“You guys, both together, epitomize what great citizenship is all about,” said Dominic Calabro, Florida TaxWatch president and CEO.

Bob Martinez served as Florida’s first Hispanic Governor from 1987 to 1991 and was appointed by former President George H.W. Bush to the Cabinet position of Drug Czar. Before taking the Governor’s office, Martinez served as Tampa Mayor. After his political service, he joined Holland and Knight as a senior policy adviser.

“Don’t let anybody talk you out of whatever it is you want to do,” Martinez said after recounting his experience in politics. “The institute plays a very vital role for those young people that come in and become part of it.”

The Martinezes, who were honored together, have been married for 67 years. Mary Jane Martinez worked as a teacher and librarian, and as First Lady of Florida, she focused on helping homeless, runaway and troubled youth. The Hillsborough County Division of Children’s Services even named its Lake Magdalene campus after her.

“Her work has helped mold the Florida network of Youth and Family Services that continues to change lives today. Because of her public service, countless kids have found brighter paths. There’s no doubt lives were changed, and children were saved because of the seeds she sewed,” Florida Attorney General Ashley Moody said of Mary Jane Martinez.

“To be a true public servant, one must dedicate their work to constantly seeking ways to improve the lives of those they lead. The Martinezes excelled at this mission and have set the bar high by continuing to work for the betterment of our state years after leaving elected office,” Moody continued.

The institute is now accepting applicants for the fall.