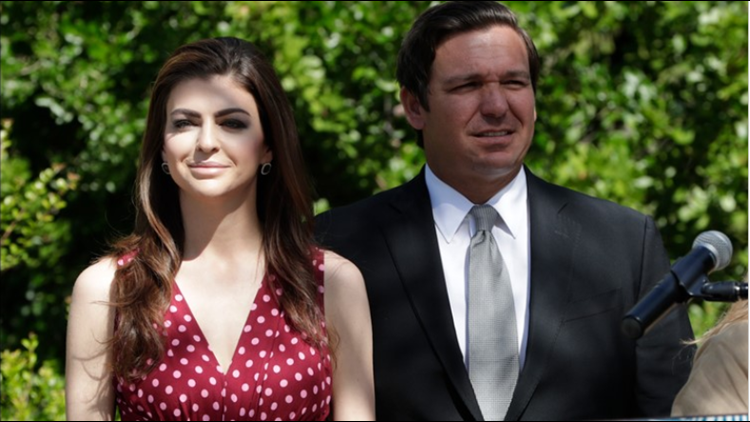 Appearing in Miami on Tuesday, Gov. Ron DeSantis touted his support for $37 million in increased funding for cancer research and care at three Florida cancer centers.

The Governor also gave the public a brief insight into the cancer treatment journey that he and his wife, First Lady Casey DeSantis, traveled last year in her fight against breast cancer.

DeSantis, who said his mother battled cancer when he was a child, called the increased funds a “really, really big deal” noting that the state now spends $100 million annually on cancer research at Moffitt Cancer Center, University of Miami Sylvester Comprehensive Cancer Center and University of Florida Health Cancer Center.

“We really have confidence in these institutions to be out of a good use of that money and do so in a way that will have a meaningful impact on the lives of the patients,” he said.

This is the second press conference in as many days that DeSantis has called to announce support of spending decisions made by legislators during the 2022 Session. DeSantis on Monday announced his support for $125 million in increased funds to educate nurses.

DeSantis has vetoed dozens of spending items from the budget for the last three years and is expected to make vetoes again this year. But the $37 million in increased cancer research and care funding was part of the proposed spending plan he submitted to lawmakers earlier this year and will become law soon, the Governor promised.

In addition to increasing the funding, lawmakers also agreed to name the funding initiative after the First Lady, who was diagnosed with breast cancer in 2021. She completed treatment in January.

The First Lady and Department of Health Secretary Joseph Ladapo joined DeSantis at the press conference.

Casey DeSantis said she never discovered a lump. ahead of her diagnosis. Instead, she said she had a “dull feeling” and innately knew “something didn’t feel right internally.”

She met with her obstetrician gynecologist who examined her and assured her she was fine. The doctor did not order a mammogram, she said.

DeSantis said she was relieved for about five minutes but the internal “nagging feeling” that something was wrong would not go away.

“That sensation stuck with me so much that I said, ’I’ve got to get this checked out,'” she recalled.

Her cancer ultimately was detected after she got a mammogram, she said.

The First Lady praised the Governor as he “stood by me the entire time.”

“And not only did he do that, he never missed a chemotherapy appointment — six of those, sitting in there very uncomfortable,” she said. “And he held my hand through everything.”

Casey DeSantis said that the additional funds will be a “game-changer” when it comes to finding a cure for cancer.

“Florida is going to lead the way to find a definitive cure once and for all for all types of cancer, and it’s going to happen here because of this leadership,” Casey DeSantis said, referring to the Republican-led Florida Legislature and her husband.

nextU.S. to ease a few economic sanctions against Venezuela