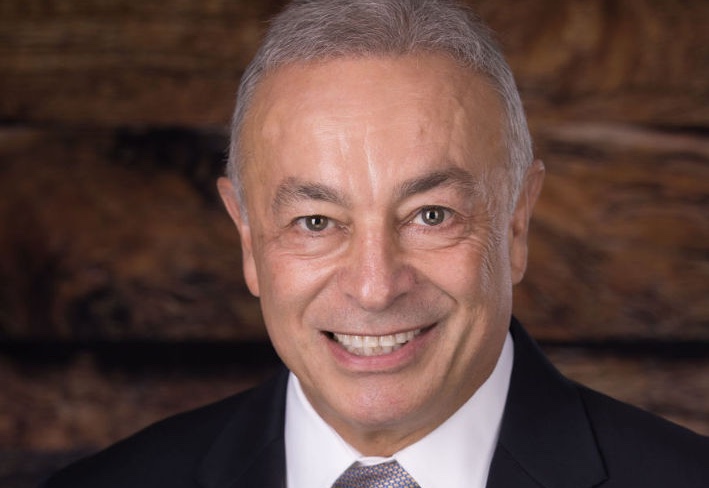 He's helped communities devastated by disasters. Is his next stop Congress?

Jerry Torres spent the bulk of his adult life in public service through the military. Then he started a $1 billion global business. Through most of his life, he’s stayed away from politics, though he’s donated more actively in recent years. Along the way, he’s worked on documentaries about the environment and the impact of climate change around the globe.

Now, the Lakeland businessman sees a new way to serve his country and community. He announced last week he will run in the newly drawn Florida’s 15th Congressional District, an open seat.

“This is a way at my age to serve,” the 65-year-old said. “I can’t put on the uniform and go out there and run with those young troops anymore, so this is a way of giving back to this country.”

He certainly knows the uniform well. Torres served in the U.S. Army Special Forces and could be the second Green Beret ever elected to Congress. He also served in the National Guard reserves. He has been engaged in missions combating drug trafficking, terrorism, foreign defense and human trafficking.

From those experiences, he founded Torres Advanced Enterprise Solutions, a global consulting company he sold in 2019. It now operates under the Devex umbrella, where Torres serves on the board directors. He will, however, leave that position as he pursues a seat in the U.S. House.

The company under his leadership generated nearly $1 billion, employed 8,600 people and did work with 40 countries on five continents, usually in the field of disaster recovery. That included work in Ukraine, giving him insight into the challenges that could face the eastern European nation after war with Russia.

The work gave Torres reason for many years to stay away from overt partisan politics, but since selling the firm, he’s written checks to Republicans. He gave to former President Donald Trump’s presidential campaign and the Republicans running for U.S. Senate in Georgia in last year’s runoffs. He’s also given to U.S. Sen. Marco Rubio, who is running for re-election to a third term this year, and to Virginia Gov. Glenn Youngkin’s campaign earlier this year.

The thing that pushed Torres was spending time with his ailing father in the past few years. His father died from cancer after a year-and-a-half-long battle, during which time Torres came home from work in Chile to spend more time with him.

“I just saw his deterioration. He should have been getting better. Of course, COVID happened which didn’t make anything easier,” Torres recalled.

“But I just watched him watch the news and I could see his soul deteriorate before my eyes. It was all the lack of civility that we have going on in our country. And my mother, who’s still alive, I hear it from her. She’s just concerned about our country in a number of ways.”

Torres thinks he can help improve many of the problems. He wants to curb inflation, cut taxes and try to bring high gas prices under control, all problems he attributes in part to President Joe Biden’s policies. He’s also concerned about an open border policy, failing schools and rampant violent crime.

“Before my dad passed, I told him don’t worry,” Torres said. “This country will get back and I’ll make sure it does. I’ll do my part.”

His father also wore the uniform, serving in the military during the Korea and Vietnam conflicts before becoming a U.S. Marshal fighting organized crime and drug cartels. Torres’ mother worked for years as a nurse. One brother still serves in the 82nd Airborne. The other is a retired Sheriff’s deputy.

“We just have service in our blood,” Torres said.

An open congressional seat in Florida means a drove of candidates have already thrown their hats in the ring along with Torres. Former Secretary of State Laurel Lee, state Sen Kelli Stargel, state Rep. Jackie Toledo and fellow veterans Jay Collins, Demetries Grimes and Mac McGovern all have announced for the seat on the Republican side alone.

Torres walks into the race as a significant self-funder, with $5 million dedicated to launching his candidacy and a promise of another potential $10 million in spending out-of-pocket on the way. With the success in his life, he doesn’t want to spend the campaign begging for cash and failing to focus on the needs of voters and potential constituents.

But he hopes his dual resumes as a successful CEO and an experienced public servant set him apart. His experience includes helping defend U.S. embassies in Africa, bringing profits to shareholders and gathering information for a documentary about the impact of climate change on the terrain of Chile. He’s also been involved in Florida-specific environmental efforts like saving manatees and preserving sea turtle nests. He brushes off suggestions Republicans don’t care as much about conserving the environment.