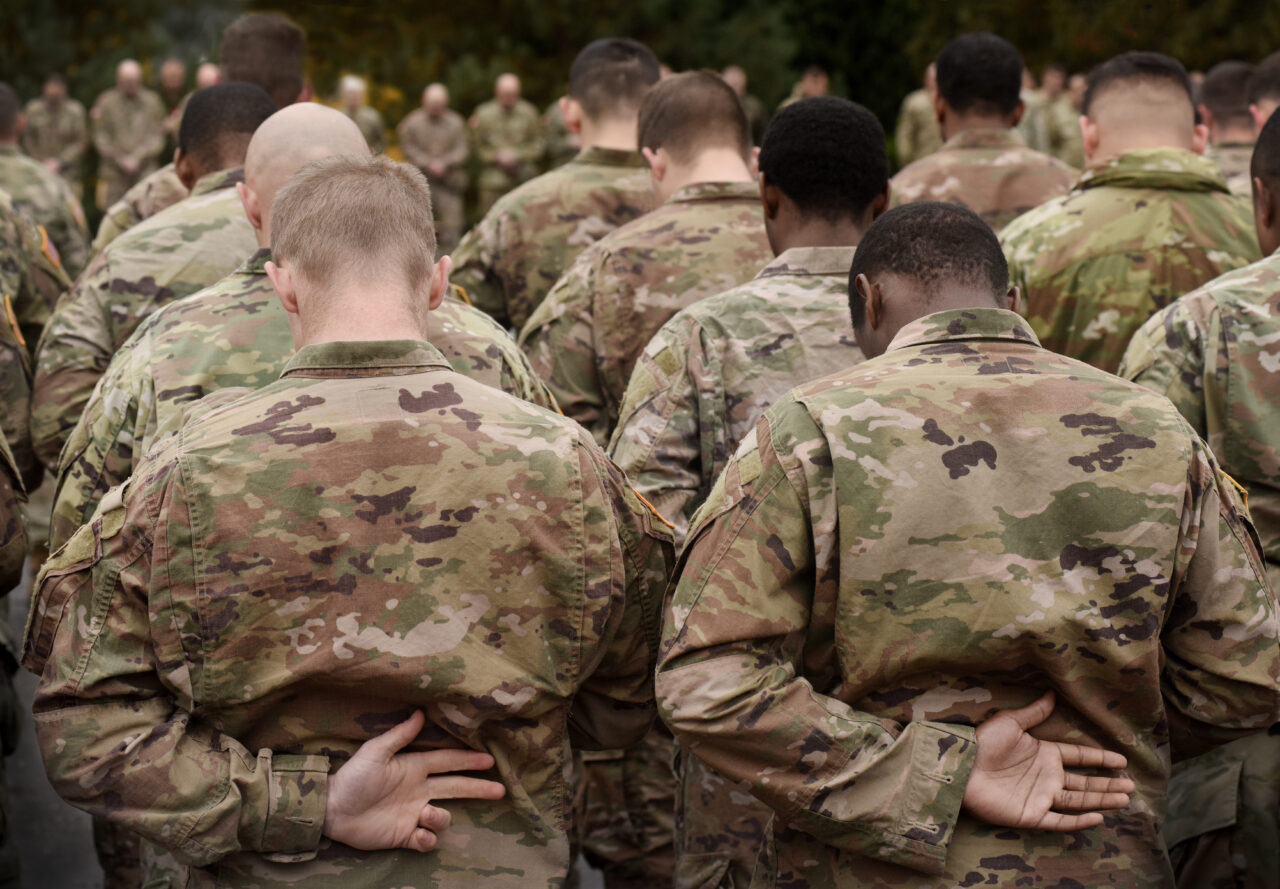 We must believe in our ability to work together to solve our toughest problems. 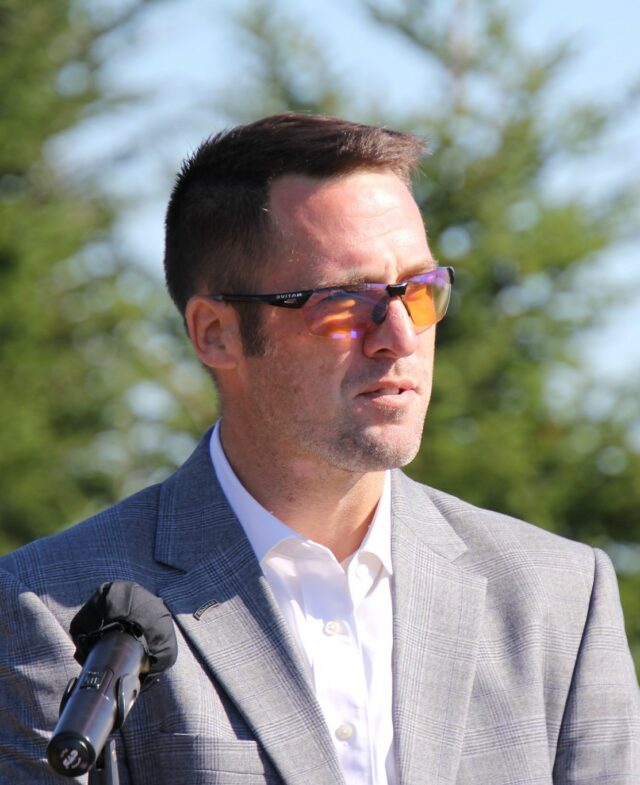 On Memorial Day, 1945, the war in Europe had ended but the fighting in the Pacific continued, Lt. Gen. Lucian Truscott voiced remarks at the Sicily-Rome American Cemetery at Nettuno, Italy. Turning his back on the assembled VIP’s he faced the rows upon rows of headstones and apologized to the 20,000 fallen Americans who had been laid to rest far from home.

He was quoted as saying: “All over the world our soldiers sleep beneath the crosses. It is a challenge to us — all allied nations — to ensure that they do not and have not died in vain.”

Fast forward to Memorial Day 2022, and the familiar voices of brothers in arms begin to call one another on the phone. People usually think of reconnecting with former military buddies as a joyous happening.

However, for this Memorial Day, the topic of conversation was not an armistice, a promotion, or even a daughter’s wedding or new addition to a home, it was about the latest in a string of suicides that silence the voice of our brothers but brought renewed connections from other familiar voices. One desperately said: “Sir, I needed to call someone who could understand this.”

Everyone in the greatest generation understood war. At home they experienced rationing, schoolchildren collected scrap, and women took up factory jobs while overseas the troops endured combat and were witness to some of the largest and most brutal atrocities in the modern age. When the war was over, they followed the lead of Lt. Gen Truscott and committed their lives to ensure that they “have not died in vain.”

The shared sacrifice of a generation united them and helped them solve tough problems.

In subsequent wars, such as the Korean and Vietnam era, Veterans did not experience the same level of understanding and thus either turned their voice inward or used their voice to fight for one another on subjects that varied from Agent Orange, PTSD and other once-silent conditions.

The War on Terror introduced a unique time in our nation’s collective history as acts of war played out in real time on our media devices. Although only 1% of Americans served post 9/11, it seems 100% of the country used their voice to express their opinions of this shared history as it unfolded.

For Korea and Vietnam veterans, war was not a shared experience and therefore various voices having various opinions helped further the national conversation regarding the treatment of veterans leading to safer and more thoughtful approaches.

Unlike the veterans of Korea and Vietnam, the veterans of the last several decades did not return home to the voices of dissent that could be addressed directly, instead, they returned to a polite nation that creates media of dissent and very little opportunity for honest, open dialogue.

This new era of media, learning, and personal discussions bring rise to the question, “Do people really remember why we hold our veterans in a place of honor?” For years, voices saying meaningless phrases like “the enemy gets a vote” or “there’s nothing you could have done” were meant to comfort those of us who have held the heavy responsibility of leading troops in combat. However, many people seem to lack the understanding that our hearts have been forever scarred by the invisible wounds of war, scarred by guilt and grief, and by the longing for forgiveness that will never come.

Even if forgiveness was offered, it would be hard to accept as no mere words can undo a life experience and because of this, we often feel isolated, misunderstood, and undervalued therefore our voices remain silent.

As conversations with the voice on the other end of the phone come to its inevitable conclusion, I am reminded that to remain silent is a betrayal of my obligation to those who made the ultimate sacrifice. As Horace Bushnell once said, the best thing for us to do is to remember “what they have put it on us to do for the dear common country to which they sold their life.”

As we gather as one nation this Memorial Day, my hope is that instead of directing shallow words of gratitude at each other, we do as Lt. Gen. Truscott did and direct our gratitude directly toward those who made the ultimate sacrifice. In both our words and actions, let us all commit ourselves to serve the country to which they gave their lives.

While there is still much work to be done, the generation of veterans from this century have access to vast resources, lifesaving technology and increased information. This same generation of veterans is just now starting to define our post-service legacy and like our grandparents, return home with a deep commitment to service, and a desire to address the many problems that we face.

One such issue needing to be addressed is helping veterans find purpose in their post-service lives. Truscott’s apology to the dead are not empty words, but a strong voice reminding us that we have an obligation to choose resilience and purpose when faced with guilt or grief.

As an example, Gold Star Families, who have experienced tremendous loss, continue to serve their communities to maintain the legacy of the loved one they lost. I often recall a colleague of mine responding to the question “why do you do so much to help veterans?” he simply held up his finger, choking back tears he responded, “for the one I couldn’t save.”

By choosing to use his voice to advocate for other veterans, he not only helped them find their purpose — he found his own.

It’s often said that for those who have served “every day is Memorial Day,” a traditionally silent observance in the Veteran’s mind that can best be described as an impossible trinity made up of an overwhelming sense of guilt, grief and grit.

Usually, a moment of silence on this day is a welcomed and solemn way to honor the voices from our past, but for myself, after losing three former soldiers to suicide in the past few months, silence is no longer an option and the freedom to use our voice is the greatest gift that our veterans have to offer this Memorial Day.

Joseph Reagan is the Director of Military and Veterans Outreach for Wreaths Across America. He has almost 20 years of experience working with leaders within government, nonprofit and Fortune 500 companies to develop sustainable strategies supporting national security, and veterans’ health. He served eight years on active duty as an officer in the U.S. Army including two tours to Afghanistan with the 10th Mountain Division. He is the recipient of multiple awards and decorations including the Bronze Star and the Purple Heart.

To view resources for service members, veterans and their families, please visit learn.wreathsacrossamerica.org/veteranresources.