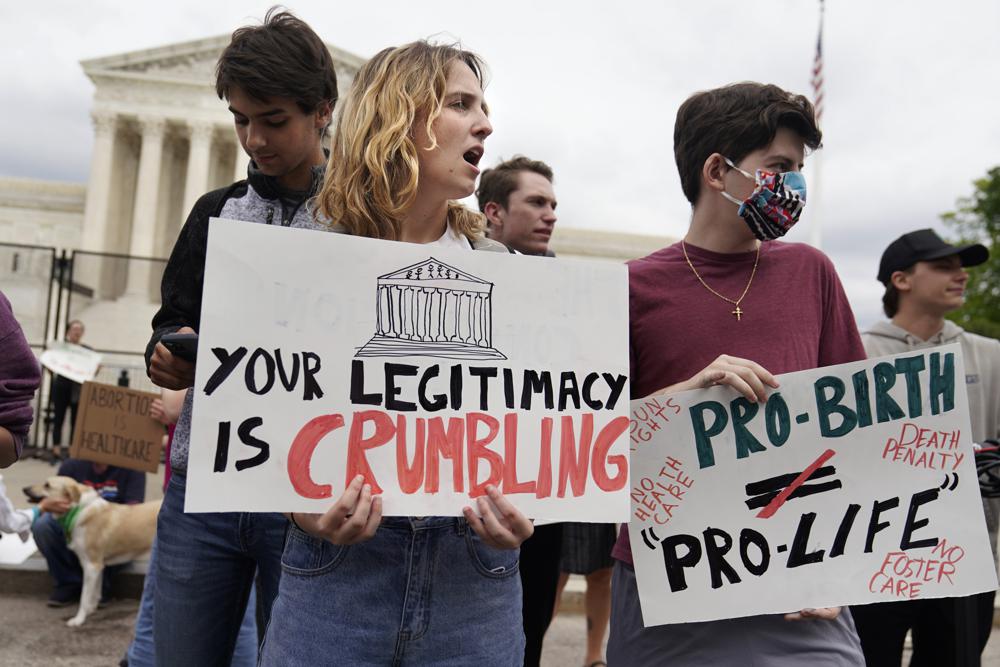 Even if the Supreme Court scraps Roe v. Wade, the Florida Constitution guarantees the right to privacy, and that could cover abortions.

Abortion rights groups on Wednesday filed a suit to halt Florida’s ban on abortions after 15 weeks of gestation, which is set to take effect in a month.

The American Civil Liberties Union of Florida filed the lawsuit in the Florida 2nd Judicial Circuit on behalf of Planned Parenthood affiliates, other women’s health centers and other abortion rights advocates. Unless blocked by a court, the ban (HB 5) will kick in July 1.

The law contains no exceptions for rape or incest, but does provide an exception if it is necessary to save a pregnant person’s life.

“This law blatantly rejects Floridians’ need for essential abortion care and their strong support for the right to get an abortion,” ACLU of Florida Legal Director Daniel Tilley said in a news release.

“Not only does HB 5 defy the will of the people, it ignores the real-life circumstances of people who need an abortion and deliberately puts them in harm’s way. With the U.S. Supreme Court threatening to take away the federal right to abortion, we will do everything in our power to block this cruel attack on Floridians’ fundamental right to get the care they need.”

The Republican-led Legislature passed the measure during this year’s Legislative Session amid a nationwide push from conservatives to challenge Roe v. Wade and raise restrictions on abortions. In the coming weeks and months, the U.S. Supreme Court is expected to issue a decision on Mississippi’s 15-week ban, the legislation that was the basis for Florida’s ban.

Last month, POLITICO published a leaked draft decision from the Supreme Court, which would overturn Roe v. Wade, the pivotal 1973 Court decision that guaranteed the right to an abortion at the federal level. Even if the Court scraps Roe v. Wade, the Florida Constitution guarantees the right to privacy, and the coalition of abortion advocates contend that right extends to abortion.

“The Florida Supreme Court has long held that their state constitution protects the right to end a pregnancy,” Center for Reproductive Rights President and CEO Nancy Northup said in a statement. “That means even if Roe falls, abortion should remain protected in Florida, and this ban should be blocked.”

The lawsuit targets the state Department of Health and Agency for Health Care Administration and other government bodies.

The suit was not a surprise. Gov. Ron DeSantis anticipated the legal challenge in April when he signed the bill, sponsored by Lakeland Republican Sen. Kelli Stargel and Vero Beach Republican Rep. Erin Grall.

Democratic lawmakers and activists pushed back against the legislation throughout the recent Session. Opponents hosted rallies, packed committee rooms and flooded the phone lines of lawmakers.

Among other criticisms, opponents lamented a provision requiring two physicians to certify a life-threatening emergency prior to accessing an abortion after 15 weeks of pregnancy. They contend the provision will disproportionately harm low-income and minority women, who may lack adequate access to health care.

Florida law currently prohibits third-trimester abortions — which the law says begins at the 24th week of gestation. The term gestation refers to the time between conception and birth. According to a staff analysis, Florida recorded 209,645 live births in 2020 and 72,073 abortions — most of them elective.