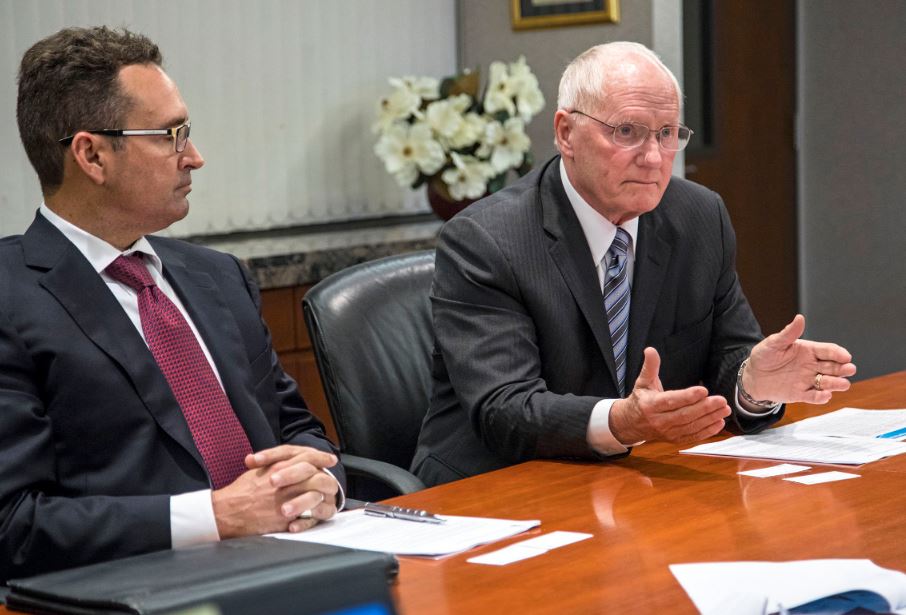 'Will it impact rates today, tomorrow? No. Is it likely to impact rates 12 months and 18 months from now? In all likelihood it will.'

Citizens Property Insurance president and CEO Barry Gilway on Wednesday praised the pair of laws passed by the Legislature last month aimed at stabilizing the private property insurance market, but said the effect on homeowners’ rates won’t be felt for at least a year.

Even then, the size of any rate impact would depend on how the courts treat the provisions in SB 2D that limit attorneys fees, which insurers have said is the main culprit incentivizing lawsuits over disputed claims.

“Will it impact rates today, tomorrow? No,” Gilway said during a meeting of Citizens’ Consumer Services Committee. “Is it likely to impact rates 12 months and 18 months from now? In all likelihood it will, assuming that the litigation aspects of this really come to fruition and the trial bar can’t offset any of the provisions that were granted by this bill.”

A lawsuit was filed Tuesday by the Restoration Association of Florida, a contractor trade group, asking the Leon County Circuit Court to strike down the new law. The suit alleges the law infringes on the right of a contractor to access the courts by eliminating attorneys fees in assignment of benefits cases, or AOBs, where a homeowner signs over the benefit of a claim to a contractor, who then does the repair work and seeks the claim payments from the insurer.

But there is one facet of the new law Gilway hopes will calm the private market in the short-term: the $2 billion reinsurance fund backed by state taxpayers. The law allows private insurers to take advantage of the fund if a hurricane hits the state in the next two years.

The fund is designed to help struggling insurers to get more reinsurance coverage in the private market, as some reinsurers have pulled away from Florida, citing rampant litigation and the state’s propensity to attract hurricanes. Without enough reinsurance coverage, some smaller companies could go out of business this summer, lawmakers and industry analysts have said, because rating agencies have warned they face downgrades.

“The key thing that everyone is looking for at this time is, is it going to have an impact on the capacity and the pricing of the reinsurance that’s available in this market? Because that is the immediate issue that the market is facing,” Gilway said. “There’s a lot of concern … as to whether companies can fill their reinsurance towers and the impact in terms of the rating if they cannot.”

Citizens isn’t eligible for coverage from the new reinsurance fund, but the fund could be used to pay claims on a home covered by an insurer that goes insolvent and is later taken over by Citizens. As a state-run company, Citizens has more ability to buy reinsurance in the private market than smaller insurance companies. Last month Citizens set out to buy $4.3 billion worth of reinsurance for $400 million.

Citizens officials also took notice of a bill that didn’t pass during the Special Session held to address the property insurance crisis. Rep. Robin Bartleman, a Weston Democrat, filed HB 11D, which would have required the Office of Insurance Regulation to study whether Broward County should be exempt from the $700,000 cap on Citizens coverage. The bill was co-sponsored by Rep. Chip LaMarca, a Lighthouse Point Republican.

Currently, Miami-Dade and Monroe counties are the only areas exempt, and homes there can only get Citizens coverage if they’re valued at less than $1 million. For the rest of the state, state law prevents homes valued at more than $700,000 from getting Citizens coverage.

But as home values have increased and inflation has pushed costs still higher, fewer and fewer homes fall under that limit, pushing homeowners into a private market hesitant to take on expensive homes in high-risk coastal areas.

“There have not been many conversations about changing the threshold, although inflation has made this a much more visible issue than it was before,” said Citizens spokeswoman Christine Ashburn.