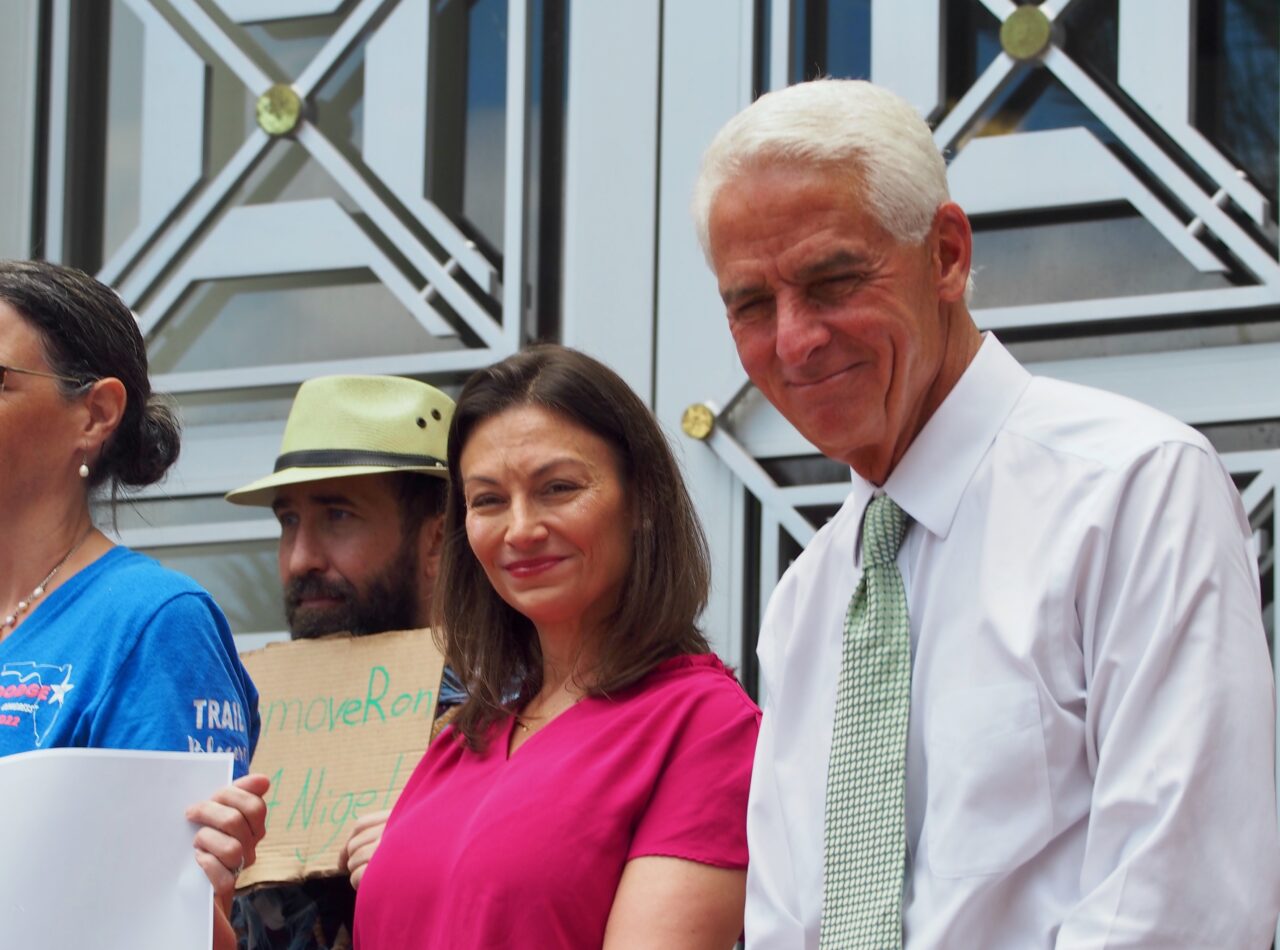 Rebekah Jones then used an expletive to describe DeSantis.

“This Governor is out of his mind,” Crist, the Congressman from St. Petersburg said of DeSantis.

Crist and Fried joined other Democratic candidates and office holders, and progressive activists at a “Remove Ron” rally, organized by Gen-Z for Change, on a rainy afternoon on the steps of Orlando City Hall.

Rivals Crist and Fried applauded one another while they did so.

DeSantis, he suggested, appears to be smart enough to know what he’s been doing, in Crist’s words, trading Florida’s well-being for a White House run.

“That makes him evil,” Crist said. “This is good versus evil in this election.”

Not to be topped, Fried said she had been the first to call DeSantis an “authoritarian dictator” the way he forced his political agenda onto the Legislature, the Supreme Court of Florida and Floridians. She said she’s sticking to that assessment after this year’s Legislative Session and Special Sessions.

“He may be our problem today. But he is the country’s problem in 2024 if we don’t stop him here today,” Fried said.

“A Governor is supposed to bring people together, not divide us; talk about the issues that impact the people of our state, not create these ‘culture wars,'” she added. “We know we can do better than that.”

Jones had personal battles with DeSantis — which in many ways are ongoing — after she was fired from the Department of Health in 2020. She charged that DeSantis and his appointees were trying to manipulate COVID-19 data to downplay the pandemic. That allegation led to a long, vicious war of words and actions in and out of court between Jones and DeSantis and his team.

Last week, the state Inspector General wrapped up a probe concluding that her allegations were “unsubstantiated” or “unfounded.” Jones dismissed that finding as an expected and meaningless result of an inside investigation.

She’s now running for Congress in Florida’s 1st Congressional District. She joined the Gen-Z For Change rally in Orlando, and let loose on the Governor and what she called “a corrupt regime.”

“Together, we’re going to take down the son of a b*tch,” Jones said.