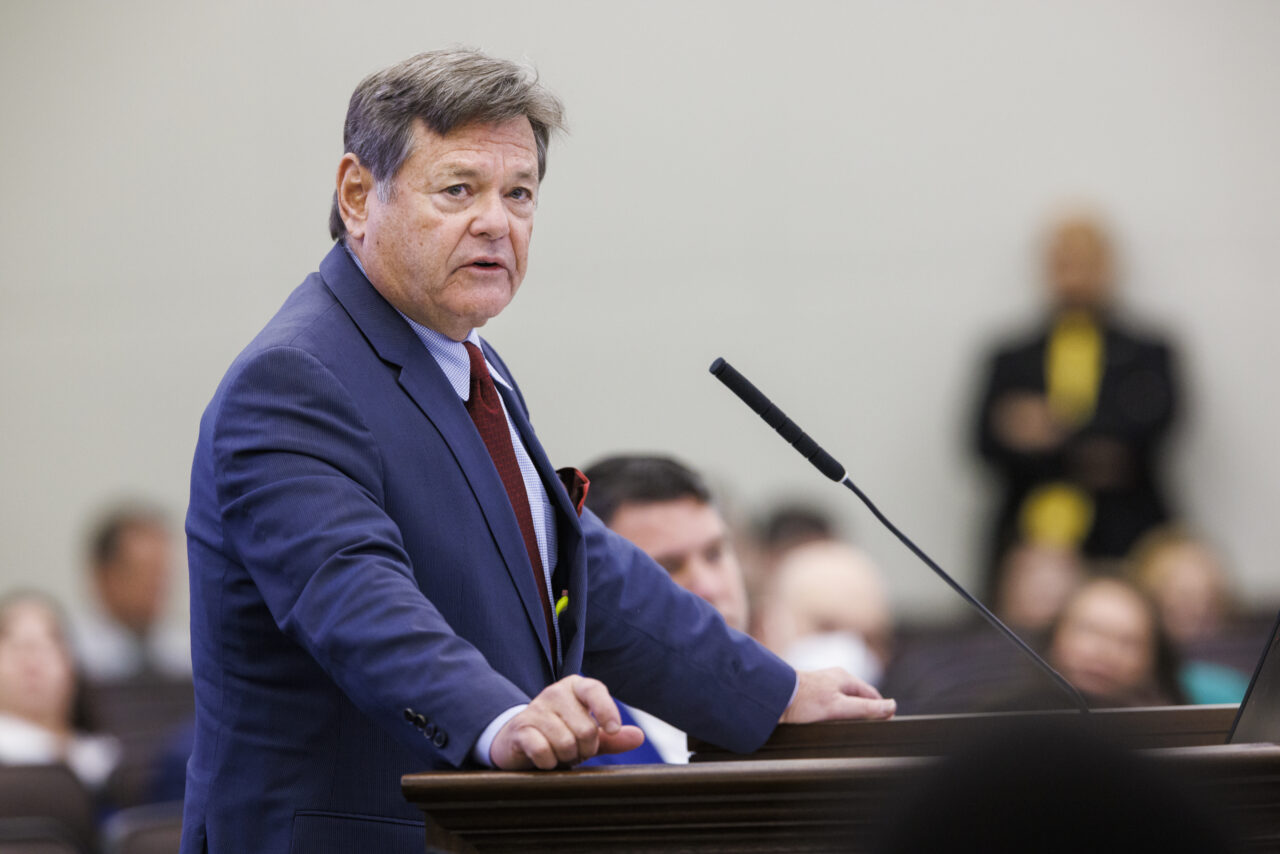 'I realize my greatest impact to the citizens ... would be to remain a Seminole County Commissioner.'

Seminole County Commissioner Lee Constantine ended months of speculation Friday by announcing he would not jump into the contest for Florida’s 7th Congressional District.

In an open letter Constantine is circulating among friends, associates and advisors, he says he has been encouraged by many to run in CD 7 and has been exploring the option.

But, no thank you, he concluded.

“I am humbled and honored by the show of support in the polls and all the phone calls asking me to run, but after a great deal of prayer and soul-searching, I realize my greatest impact to the citizens in Seminole and even Volusia County would be to remain a Seminole County Commissioner and continue to fight for their quality of life and those principles I have championed throughout my career,” Constantine said in the letter.

CD 7 is largely a Seminole County district. For the past six years it has been represented by Democratic U.S. Rep. Stephanie Murphy of Winter Park. But she announced in December she would not seek another term.

Redistricting has subsequently redrawn CD 7 to drop the north-central Orange County portion that had a large Democratic base, and replaces it with southeastern Volusia County, which has a large Republican base.

That has made it a likely flip seat for Republicans.

The Republican field has drawn eight candidates, including several who either do not live in the district or only recently moved there, such as Cory Mills and state Rep. Anthony Sabatini. Other Republican candidates include Erika Benfield, Brady Duke, Rusty Roberts and Scott Sturgill.

Democrats running include Tatiana Fernandez, Karen Green, Al Krulick and Allek Pastrana — none of them big-name candidates, though Green is a Florida Democratic Party Vice President and Krulick has run unsuccessfully twice before.

Constantine has been on the political scene in Seminole County since the 1970s, having served as an Altamonte Springs City Commissioner and Mayor, a state Representative, a state Senator and a County Commissioner.

In March, a St. Pete Polls survey found he would instantly become the front-runner if he entered the race. He said he has discussed the prospect with everyone important to him.

He decided there is too much going on in Seminole County right now that he could better address as a County Commissioner. He cited protection of the Rural Boundary and the Wekiva Basin, selection of a new County Manager, and changes to land use and holistic water policies.

He also noted he is in line as incoming President of the Florida Association of Counties, and as chair of the Central Florida Expressway Authority.

Constantine said he is not picking among other Republican candidates at this time.

But he made it clear he has concerns and hopes.

“I’ve met with all of them. Each has their own positives and negatives. I have no preference at this moment. But I do believe that many of them have very little connection with the district,” Constantine said in an interview. “And instead of making meaningful changes for the citizens they represent, they just want to get to higher office, or a higher office.”

Roberts, a potential ally of Constantine since Roberts was chief of staff to former Rep. John Mica, a Constantine ally and the last Republican to hold CD 7, commended Constantine.

“Lee Constantine is a dedicated public servant in the truest sense. He has effectively served his constituents in both the Florida Legislature and Seminole County Commission with remarkable success and with respect for others. There is no doubt he would have done well had he decided to run. In deciding to remain in his Commission seat, he has once again demonstrated his commitment to Central Florida and Seminole County in particular,” Roberts said in a statement released Friday afternoon.

In his open letter, he advised them: “Avoid allowing your ego to get in the way of the decision-making process. Propose real policies, not soundbites. When working on solutions, consider compromise, not criticism. And remember, you represent the people of District 7, not party leaders. Hopefully, one of you will emerge as a true leader inspired to serve all the people of District 7. In any case, the citizens and I will be watching.”