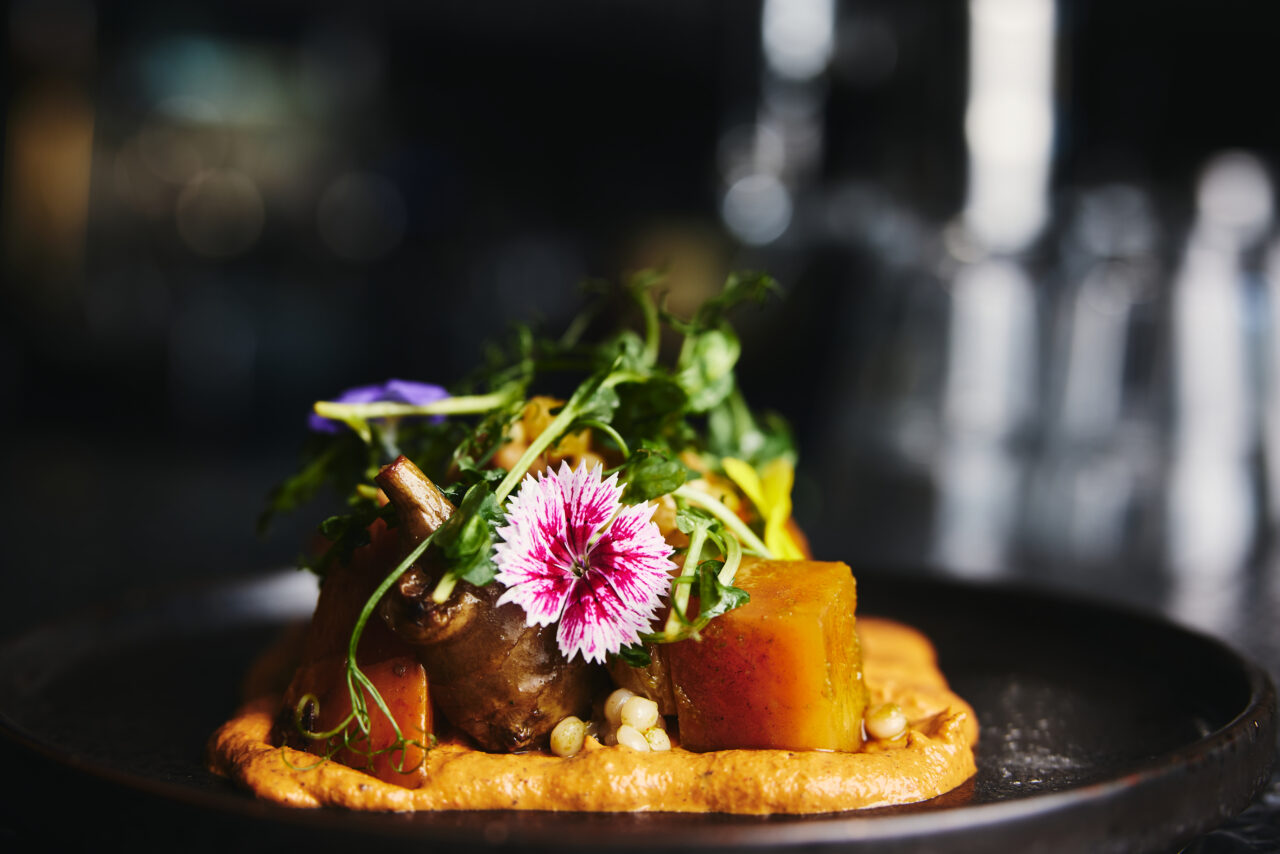 'This just shows that we’ve grown up.'

Florida is famous for lots of wonderful and unique things — most notably, beautiful beaches, entertaining theme parks, and ultra-cool nightlife in Miami.

But chefs and foodies around the Sunshine State have waited years to add another highlight to the list: fine dining. This spring, the state’s restaurant scene will reach new heights when it launches Florida’s first-ever Michelin Guide, which will review and award its coveted stars to restaurants in Miami, Tampa and Orlando.

“From the excitement and glamour of Miami to Orlando’s iconic attractions and the splendor of Tampa’s Gulf Coast, Florida’s gastronomy is unique, diverse and intriguing for locals and travelers across the globe,” said Gwendal Poullennec, international director of the Michelin Guides, in a statement when the company announced in November 2021 that it would come to Florida.

The state will join only four other Michelin Guides in the U.S.: New York, Washington, Chicago and California.

“We anticipate that the guide will help improve the perception of Orlando as a destination offering quality dining experiences, which is important to both leisure visitors and meetings and conventions,” said Casandra Matej, President and CEO of Visit Orlando. That region alone boasts more than 6,000 restaurants representing 40 different international cuisines.

Tourism officials say a Michelin Guide for Florida will draw both national and international visitors seeking quality dining. Shortly after the announcement, the Orlando Sentinel reported VISIT FLORIDA, the state’s tourism arm, paid $150,000 to partner with Michelin — and that Visit Orlando spent another $348,000 on top of that.

The Miami Herald wrote that Miami and Tampa’s tourism organizations contributed “in line with the other partners” for the Michelin honor, according to Rolando Aedo, chief operating officer of the Greater Miami Convention & Visitors Bureau.

Chefs are quick to steer clear of the politics of the partnership and focus on the excitement and anticipation of possibly earning a star.

“It’s an honor to be in a state that’s going to be reviewed by Michelin,” said chef Ferrell Alvarez, the owner of Rooster & the Till in Tampa. His restaurant, along with a handful of others in the three cities, are the subject of much Michelin buzz amongst restaurant lovers in the state.

Alvarez, who was a James Beard Best Chef South semi-finalist, said he’s trying to block out the predictions and gossip, and focus on what got him this far — innovative and delicious food. His tasting menu includes wagyu short ribs, sweet potato foie ganache, and kaffir lime white chocolate sorbet, among other delicacies.

“Let’s hope what we do on a daily basis speak for itself. If we get recommended, we hope it’s for our organic efforts.”

The guide began as a booklet for motorists in France in the late 1800s, when brothers and tire company owners Andre and Edouard Michelin “produced a small red guide filled with handy information for travellers, such as maps, information on how to change a tyre, where to fill up with fuel, and for the traveller in search of respite from the adventures of the day,” according to the company’s website.

In 1926, it began rating special restaurants with stars. The company says the guide now rates over 40,000 establishments in over 24 territories across three continents, and more than 30 million guides have been sold worldwide.

Michelin says its stars are awarded for “outstanding cooking,” and consider ingredient quality, consistency, techniques and flavors when reviewing. Michelin reviewers, called “Inspectors,” are full-time employees who try to review as much of a restaurant’s food as possible. They’re sent around the world to eat at various destinations.

Any restaurant can get a star. Décor and service allegedly don’t play a part, although chefs say they want their front of the house to be as seamless and professional as the kitchen when faced with the possibility of a review.

“It goes beyond sticking a star next to a restaurant’s name,” said Patrick Harrison, the Chief Marketing Officer of Visit Tampa Bay. “They have their process. We’re not involved in that.”

Harrison points out that Michelin is a well-known internationally — especially in Europe — and believes that a Florida guide will draw those travelers to the state for food alone.

“We know what it’s done for restaurants in California and New York,” he said. “This just shows that we’ve grown up.”

Chef Liam Mullen of the Tampa Club recently told a crowd at Café Con Tampa — a group of neighborhood leaders who gather to discuss trends in the region — that Michelin starred restaurants will hopefully lift the tide for all restaurateurs and their employees.

“This is going to enable us to charge a proper amount of money to provide not only a better experience for everyone, but it’s going to have a major trickle-down effect,” he said, adding that it will allow owners to pay employees more, which is a bonus after a tough couple of years in the pandemic.

Brenda Popritkin, a South Florida-based writer and podcaster who has written extensively about her love for food, restaurants and traveling around the U.S. to dine at Michelin-starred restaurants, says she was “overjoyed” to hear the news that the guide is coming to Florida. She’s dined at 61 restaurants in the U.S. that have been awarded stars, and can’t wait to see which are on the Florida list.

She echoes Harrison’s view that the state’s dining scene has entered a new, and mature, culinary phase.

Miami, especially “was looked at as the city that was touristy and flighty.” That’s changed, however, and she believes Michelin will showcase the innovative and diverse cuisine in the city.

Restaurants are awarded one, two, or three stars, but Popritkin doesn’t think any Florida establishment will earn three stars, the highest honor, yet. She points out that no Washington restaurant was awarded three stars during that city’s inaugural guide.

She hopes the guide will surprise people by choosing some out-of-the-way, yet innovative, eateries, like Boia De in a strip mall in the Little Haiti section of Miami, or La Fresa Francesa in Hialeah.

Other restaurants, with celebrity chefs or flagships in New York that have been awarded stars in that city, could also get a nod with a star, she said.

Restaurants awarded with stars are rewarded with new customers and attention, which in turn means more pressure on the chefs and owners with all the sudden attention.

“Michelin is a culture, it’s not just a guide,” said Daniel Ganem, executive chef at Fiola in Miami, who adds that as a chef, he’s been “pushing, pushing, pushing for that star” for practically his entire career.

If his restaurant is awarded, he anticipates business will be grow by 15-20% and he’ll be able to recruit the best talent from around the world to work in the kitchen.

The Italian eatery Fiola is the second for Washington restaurateurs, Fabio and Maria Trabocchi, who earned a star in that city. Popritkin predicts the Miami outpost will also garner at least a star.

Ganem started at Fiola Miami as the executive chef almost a year ago, after working at the Little Palm Island Resort in the Keys and The Betsy on South Beach.

Ganem, a Miami native who attended Le Cordon Bleu, worked with Chef Norman Van Aken, and traveled around the world to work in kitchens, says he’s proud to showcase the city’s unique flavors and diversity.

“The beauty of Miami is that it’s a hub of cultures, especially Latin American cultures,” he said.

Striving to give diners — and the Michelin reviewers — a three-star experience is the pinnacle of a chef’s career, he said.

“A three-star restaurant is on another level. It’s an experience you will never forget. The service, the food, the ambience, the details. People in Miami don’t understand yet, but they will. People need to embrace what Michelin is all about, but it takes time.”

Which restaurants in Miami, Orlando and Tampa could get a Michelin star — or two, or three? Here are some establishments getting early buzz, according to our sources.

— Ariete: Located in Coconut Grove, with local ingredients and fresh-off-the-boat ceviche, this elegant restaurant is run by Chef Michael Beltran.

— Itamae: Sleek and small, this Japanese-Peruvian sushi, ceviche and tiradito restaurant in the Design District has an ever-changing menu.

— Knife and Spoon: Situated in the Ritz-Carlton, this seafood and steak house boasts award-winning Chef John Tesar (who was in Anthony Bourdain‘s bestselling memoir “Kitchen Confidential” and in “Medium Raw” under a pseudonym).

— Kadence: A nine-seat, reservations-only Japanese restaurant that offers fish flown in twice-weekly from Japan and Florida-sourced crab, mullet and greens.

— AVA MediterrAgean: Michael Michaelidis, the head of cuisine, earned five Michelin stars at two Singapore restaurants, and hopes for a repeat with his Greek-inspired eatery in Winter Park.

— Bern’s: A classic steakhouse with a massive wine list and quirky décor that has been serving quality food since 1956.

— Rooster & the Till: Located in Seminole Heights, 80 percent of the food is sourced within a 100-mile radius.

— Koya: This is an intimate, eight-seat, tasting menu-only restaurant opened in the middle of the pandemic and has thrived with stunning courses of fresh sushi and sashimi.

previous‘Ken has the track record of getting things done’: 15 leaders back Ken Russell for Congress