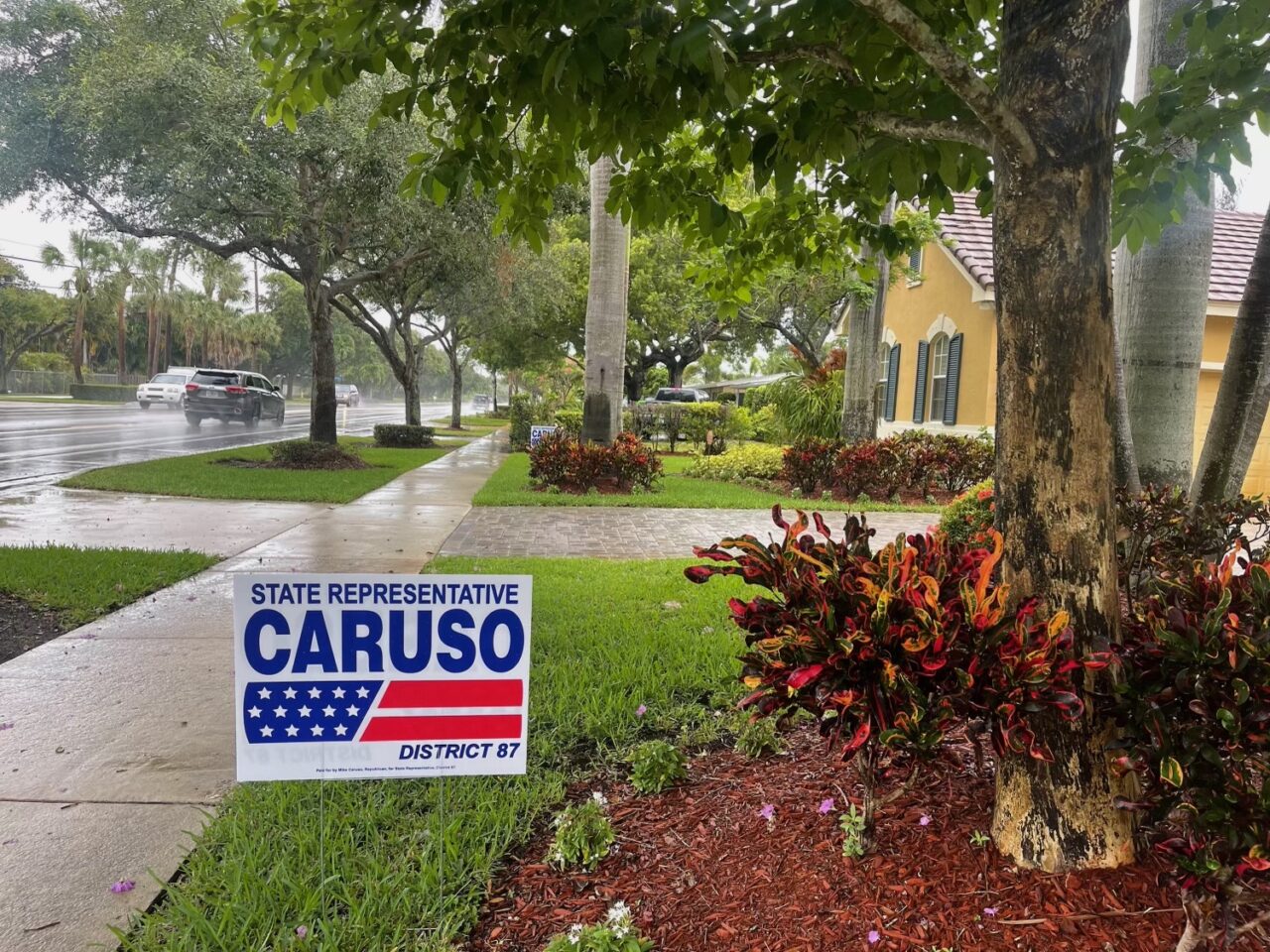 Code enforcers back off after a lawyer challenges code limiting political signs.

“These signs need to come down today,” a village official texted Caruso last week, according to Caruso’s campaign. Officials were citing an ordinance against having political signs up more than 30 days prior to an election.

The campaign had about 250 signs in yards, the result of 10 days of door-knocking, Caruso said.

“The Village of North Palm Beach will begin fining each of your supporters today beginning at noon for the campaign code violation unless you send a team out to correct this,” the text read.

Caruso said he was surprised to receive this threat — he’s not one of those politicians who puts his signs all over vacant lots, medians or other public property.

“I put up 10,000 signs in the last election and every single one of them is in someone’s yard,” he said.

So his campaign swung into action. And they’ve discovered that municipal codes that try to regulate political signs are common — and some of them are a violation of First Amendment rights.

“For the Supreme Court to say a yard sign is a fundamental element of American political discourse, local governments need to take note and adjust their ordinances,” said Anthony Pedicini, Caruso’s campaign manager.

The same day the letter was sent, the village’s attorney sent an email saying the ordinance cited would not be enforced against Caruso’s signs.

North Palm Beach’s code prohibits political signs from being displayed more than 30 days prior to the vote and must be removed seven days after it. And political signs are singled out for specific limitations: no larger than 5 feet by 5 feet.

Andy Lukasik, North Palm Beach’s village manager, said that the municipality will likely be striking large parts of its code, given this information.

Shifting House district boundaries led Caruso to decide to move north to House District 87, which runs along the coast from Lantana to Juno Beach.

Caruso said he’s glad to have taken up the fight for protected rights — and been understood.

“Defending and protecting the individual rights granted in our Constitution should be the priority of every citizen — but especially our elected officials,” he said. “I’m thankful the village of North Palm Beach saw it that way and will work with other community leaders to continue the fight to safeguard the freedom of speech and all our constitutional rights.”