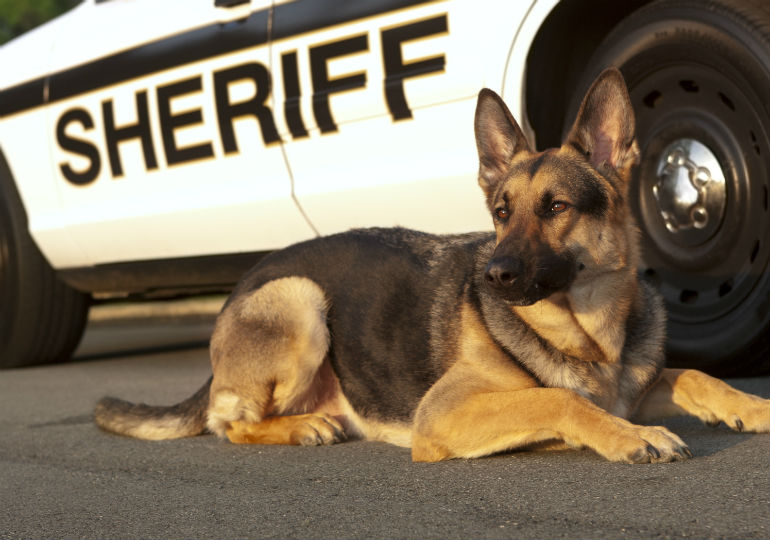 The fund aims to answer the long-term medical problems retired law enforcement and correctional dogs may face after years of service.

State funds will provide veterinarian care for these canine veterans, according to the legislation signed Friday. The measure (SB 226) was signed in Bunnell with some of the beneficiaries of the new fund in attendance. A woof rose from one of the German shepherds in the crowd as DeSantis announced at least $300,000 will be set aside every year to take care of the medical needs of these retired dogs.

“We recognize that support for our law enforcement community must include recognition for our four-legged friends and we’re doing that here today,” DeSantis said. “They are going to be able to live a good retirement because they’ve earned it.”

The dogs would have had to serve at least five years in a crime-fighting capacity to be eligible for the program that buys $1,500 in veterinary care annually for each retired dog, the law says.

Usually, working dogs that have retired from law enforcement and corrections go to live with their handler. DeSantis said the law will make it more likely that these dogs can spend their later years with the handler they bonded to.

Killebrew, who was at the signing, testified to the occupational hazards these dogs face as they age. These dogs, for example, might have joint problems because of hours of standing on the job during their working years. Killebrew likened them to retired NFL players.

“These dogs are beat up after they serve,” Killebrew said.

Two dogs retired from serving the Flagler County Sheriff’s Office had apprehended suspects and sniffed narcotics for a total of 190 deployments — definitely more taxing than the usual doggy routine of fetch and dog park visits.

“Each one of these retired dogs, with no serious medical issues, costs about $3,000,” said Staly said. “Last year, we implemented supporting our retired canines, but that is the exception, and this bill will correct that and take the burden off the handlers. Not only are they partners for life, but they become family members.”

The plight of these dogs moved eighth-grader Emma Stanford, 13. of Palm Coast to start a foundation years ago to help retired police or correctional dogs reaching retirement age.

“As soon as I learned about the lack of funding for retired police dogs, I wanted Emma Loves K-9s to assist their handlers with food and medical expenses,” she said. “The retired dogs have served us, and our communities and I believe that they deserve the best possible care.”

St. Johns County Sheriff Robert A. Hardwick praised the effort for these retired, four-legged warriors that will leave them less dependent on charity.

“Governor, we thank you again for signing another bill that benefits this profession and helps make this state the safest state with the safest cities to live, work, and retire.”

nextFiona McFarland holds nearly $100K in campaign, another $100K with her committee