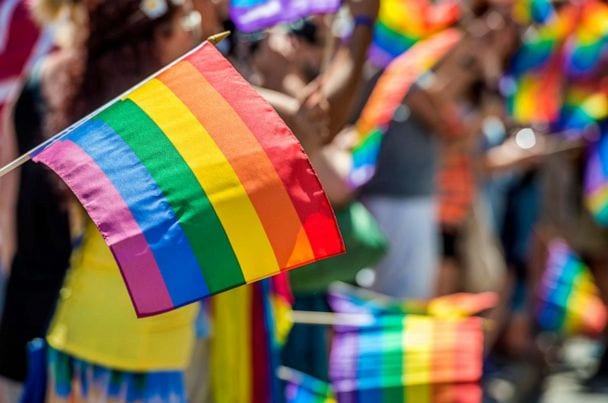 The groups didn't call out the Governor by name but referenced rhetoric on limiting freedoms.

West Palm Beach’s “Pride on the Block” event was forced to change its plans last weekend after police say a 17-year-old in Canada threatened to commit a mass shooting at the event. Although the block party event canceled its planned drag show aimed at children because of the shooting threat, a drag show in Dallas the same weekend sparked an outcry over such drag shows, including from Florida’s Republican Governor.

The Palm Beach County Human Rights Council, Compass LGBTQ+ Community Center, the Pride Business Alliance, Transpire Help, and Pride on the Block issued a joint statement after inquiries from Florida Politics over DeSantis’ comment that his office is looking into curbing drag shows for kids.

“We live in a free society. Our strengths as a people come from the collective backgrounds, beliefs and lives of our diverse communities. We understand that there is increased rhetoric focused on limiting the freedoms of our citizenry, including an attack on the rights of parents to raise their children in a manner that is best for their families. We will continue to host our events and will provide a safe space for all open-minded, accepting individuals to enjoy the diversity of these freedom-loving communities everywhere,” the groups said.

According to a police statement, Canadian police arrested the teen last week in Toronto after the teen made anti-LGBTQ statements online and threatened to shoot people at the event. Police did not identify the teen or say whether they have ties to Palm Beach County.

The threats came one week before the sixth anniversary of the shooting at Pulse nightclub, where an ISIS-inspired shooter killed 49 people and wounded 53 others in 2016. June also marks Pride Month, held domestically and internationally.

DeSantis spokeswoman Christina Pushaw told Florida Politics she did not believe the Governor was aware of the planned events when he made his remarks about drag shows. DeSantis was answering a reporter’s question Wednesday about a proposed Special Session regarding drag shows when he criticized drag shows for children as part of a “concerted effort” to expose children to things that aren’t age-appropriate.

“I’ve asked my folks to look,” DeSantis said. “We have child protective statutes on the books. We have laws against child endangerment.”

DeSantis wants to let “kids be kids” and grow up in a “normal environment” without having political agendas “shoved down their throats,” he continued.

“You had these very young kids, and they must have been like 9, 10 years old, at a, quote, ‘drag show,’ where they were putting money in the underwear of this — and that is totally inappropriate. That is not something that children should be exposed to,” DeSantis said. “We probably — we may have the ability to deal with that if something like that happens.”

The Dallas drag show organizers called it a family-friendly event, but DeSantis noted the “graphic language” used at the event, which featured a neon sign that read, “It’s not gonna lick itself.”

“It used to be kids would be off-limits. Used to be everybody agreed with that,” DeSantis said. “Now it just seems like there’s a concerted effort to be exposing kids more and more to things that are not age-appropriate.”

Drag shows for kids have also sparked disagreements over the rights of parents. DeSantis referred to Florida’s Parental Rights in Education legislation, which he signed into law in March, as part of Florida’s fight against “a movement to inject … gender ideology” into schools. But following DeSantis’ comments, critics like Orlando Democratic Rep. Anna V. Eskamani accused the Governor of infringing on parents’ rights to take their kids to the events of their choosing.

Agriculture Commissioner Nikki Fried, a Democratic gubernatorial candidate, called DeSantis’ comments “absolutely insane” and questioned the priorities of the “radical right” in answering a question from Florida Politics on Friday about the issue.

“Talks about parental rights — if a parent wants to take their kids to a drag show, that’s on the parents. And it’s entertainment. The kids are not turning gay because they went to a drag show,” Fried said.

Pride on the Block was already forced to reschedule from June 4 to June 5 after that weekend. And with the shooting threat, organizers moved some kid events to safer locations and canceled others, including an event advertised as “Pride on the Block: Drag Show for Kids!“

“They were very confident that they would catch the person and keep us safe,” Weinberger wrote. “We had a successful event with love and kindness throughout the day as the police and FBI protected us and eventually did catch the mass shooter threat.”