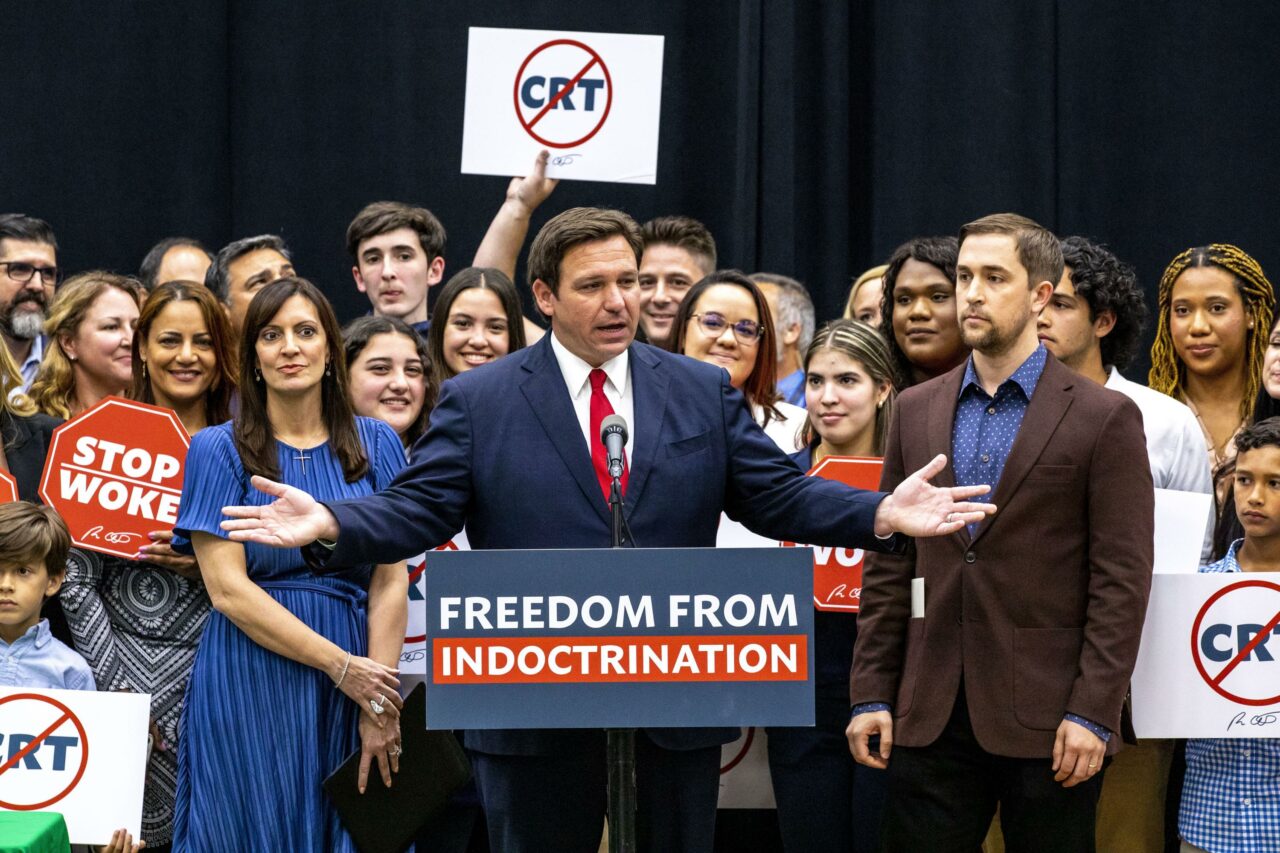 Florida has child protection and endangerment laws, the Governor said.

Following an outcry over viral videos of a Dallas Pride Month drag show aimed at kids, Gov. Ron DeSantis says he is looking into preventing bringing children to such shows.

At least one Texas Republican lawmaker has vowed to file legislation to ban drag shows in the presence of minors. And Howey-in-the-Hills Rep. Anthony Sabatini, an outspoken right-wing Republican running for Florida’s 7th Congressional District, called for an “emergency Special Session” on the matter, citing “Pride on the Block: Drag Show for Kids,” advertised for West Palm Beach last Sunday.

Asked about Sabatini’s call during a news conference in Fort Myers Beach on Wednesday, DeSantis said the state might already be able to target drag shows for children.

“I’ve asked my folks to look,” the Republican Governor said. “We have child protective statutes on the books. We have laws against child endangerment.”

DeSantis wants to let “kids be kids” and grow up in a “normal environment” without having political agendas “shoved down their throats,” he continued.

“You had these very young kids, and they must have been like 9, 10 years old, at a quote, ‘drag show,’ where they were putting money in the underwear of this — and that is totally inappropriate. That is not something that children should be exposed to,” DeSantis said. “We probably — we may have the ability to deal with that if something like that happens.”

Press Secretary Christina Pushaw told Florida Politics she was unsure if the Governor had been informed of the West Palm Beach event. DeSantis’ comments suggested he was unaware of it.

DeSantis signed the Parental Rights in Education law in March, including a provision banning instruction on sexual orientation and gender identity from kindergarten through third grade. In higher grade levels, the law prevents instruction if it is taught in a way that is not age-appropriate or developmentally appropriate for students.

Critics call that measure the “Don’t Say Gay” law. Among the legislation’s critics is Disney, which DeSantis and the Legislature retaliated against by moving to strip the entertainment giant’s self-governing powers and exemption from a social media law.

“Part of the reason why we fought the fight with parents’ rights in education is because there’s a movement to inject these things like gender ideology in elementary schools, even,” DeSantis said. “My view is our schools need to be teaching these kids to read and write and add and subtract and do the things (that are) supposed to be done in school. Injecting these agendas into it is wrong.”

Organizers of the Dallas drag show called it a family-friendly event, but DeSantis noted the “graphic language” used at the event, which featured a neon sign that read, “It’s not gonna lick itself.”

“It used to be kids would be off-limits. Used to be everybody agreed with that,” DeSantis said. “Now it just seems like there’s a concerted effort to be exposing kids more and more to things that are not age-appropriate.”

“If you have concerns about sexualized content being available to those under the age of 18, then why are we not talking about Hooters or cheerleading or beauty pageants or billboard in our communities or magazines at the store or internet ads?” Eskamani said. “It’s just a continuation of homophobic rhetoric disguised as safety concerns.”

“This is not a parody. It’s the actual Republican Party of Florida putting forward proposals to regulate drag queens,” Smith said. “I mean, this is a joke. It’s laughable. I have to laugh, otherwise I would cry just at the pathetic state of affairs that our politics is in right now.”

DeSantis’ critics are also contrasting his stance against drag shows for children to his support for the Parent’s Bill of Rights, the 2021 legislation that became the basis for banning mask mandates in schools and this year’s Parental Rights in Education law.

“The Governor talks about parents’ rights, but time and time again, we’re taking away the rights of parents and their ability to decide what event they want their child to attend, and, meanwhile, children are going to gun shows and holding firearms,” Eskamani said.