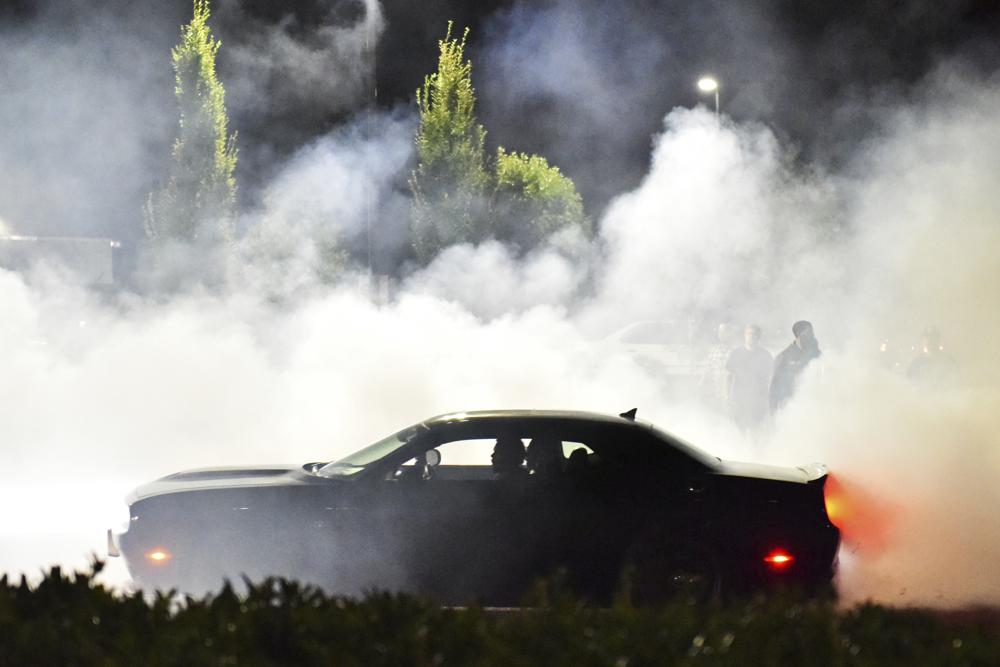 Florida will join Arizona, California, Georgia, Mississippi and Texas in cracking down on street takeovers, racing and stunt driving.

Gov. Ron DeSantis has signed a new law allowing police to hand out fines and make arrests based on video evidence of on-street stunt driving during dangerous “street takeover” events.

DeSantis’ office announced Wednesday he had signed the measure (HB 399), which will make several changes to state statutes to more efficiently crack down on stunt driving activities that have grown in popularity across the country.

Florida already prohibits such behavior, but current statutes require police to be on the scene to enforce the law.

This legislation changes that. It adds vehicle types and more banned conduct, including stunt driving, operating a vehicle to film or record prohibited activities, carrying fuel for vehicles involved in those prohibited activities and street takeovers themselves — a space of public roadway people on foot have encircled for the purpose of cutting off outside traffic, including police.

The law goes into effect Oct. 1.

Miami Democratic Sen. Jason Pizzo, who sponsored the Senate version of the measure (SB 876), told members of the Senate Committee on Transportation that deadly street takeovers have grown increasingly common in Miami-Dade County and around Tampa and Jacksonville.

“This happens almost every night,” he said. “We have ATVs, licensed (and) unlicensed, doing wheelies, creating incredible traffic situations. We have some incredibly daring young men and women who actually operate a motorcycle on the roadway without a front wheel.”

Pizzo played a video, recorded in late September, of a stunt racing event in Miami Gardens that injured five people and killed two. One was a 42-year-old mother of four decapitated while riding in one of several cars doing doughnuts in the middle of an intersection while onlookers recorded the event on their phones just feet from the spinning vehicles.

The House measure Gov. DeSantis received will define the terms “burnout,” “doughnut,” “drifting,” “motor vehicle,” “street takeover,” “stunt driving” and “wheelie,” while also amending the definition of “spectator” to include a person who knowingly attends a street takeover.

It would also provide that evidence of filming or recording of the event, including posting videos to social media, will factor into determining whether the person qualifies as a spectator or more.

Under the measure, which Miami Republican Rep. Anthony Rodriguez sponsored, a person will be guilty of a noncriminal traffic infraction if he or she is found to be a spectator at a race, street takeover or stunt driving event, all for which violators would be required to pay a $65 penalty.

Further, if an officer has probable cause to believe someone has committed a violation relating to a street takeover or stunt driving, the officer may arrest that person without a warrant.

The bill also increases penalties for impersonating a police officer, including the use of flashing red, blue or red and white lights, from a noncriminal violation to a first-degree misdemeanor.

Several state and municipal governments — including Arizona, California, Georgia, Mississippi, New York City and Texas — took steps last year to address street racing and stunt driving, which surged across the country in 2020 and 2021 as city streets and highways normally congested with traffic cleared of vehicles during the pandemic.

The problem isn’t unique to the United States. In April 2021, police in Toronto reported a 222% jump in stunt driving over the prior 10 months.

Senate Democratic Leader Lauren Book of Plantation filed a bill similar to Pizzo’s and Rodriguez’s in September. It didn’t receive a single hearing. Pizzo’s bill cleared the Senate but was laid on the table in favor of Rodriguez’s version, which both legislative chambers approved unanimously March 4.