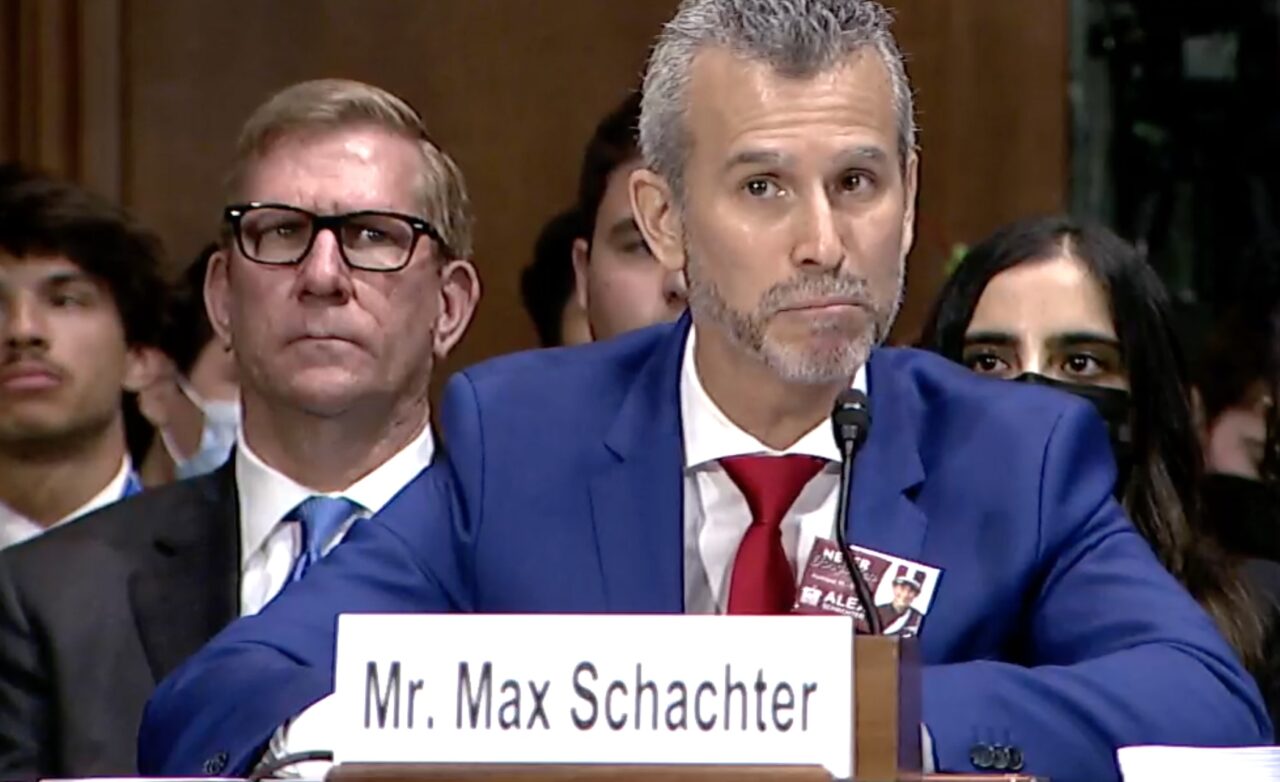 A Parkland father whose son died in English class addressed the Senate now working on a package of bills to address gun safety.

Parkland’s trauma — and other schools’ — was relived in front of the U.S. Senate Judiciary Committee as anticipation grows that some bipartisan action might emerge to change federal laws regarding guns.

Max Schachter, whose son, Alex, was killed at Marjory Stoneman Douglas High School in Parkland in the state’s worst school shooting, was there to give testimony at the Judiciary Committee’s hearing on protecting children from gun violence.

Schachter was there as a witness invited by the Republican side and introduced by Republican Sen. Chuck Grassley.

“Protecting our kids from gun violence requires us to do everything we can to make schools safer,” Schacter said, after describing how 9/11 led to airplanes becoming safer just as the aftermath of Oklahoma City led to federal buildings becoming safer. “We cannot focus on school safety only when a tragedy happens. School safety must be a year-round priority.”

Schachter is championing the bill (S. 111) named after his son, as well as fellow victim Luke Hoyer, which would require the Department of Homeland Security to establish a clearinghouse on the federal level for the best practices for safe schools. He’s also been promoting the EAGLES Act (H.R. 1229) which would put the Secret Service to work on assessing school safety threats before violence happens and offering resources to schools.

“Their training has been so effective that schools have almost immediately applied what they have learned to prevent attacks,” Schachter told the committee.

Democratic Senators emphasized the need to make guns less accessible, whereas the Republican Senators’ emphasis was on school safety.

Democratic Sen. Richard Blumenthal from Connecticut asked Schachter whether he thought the “red flag laws” that take guns away from people conflict with his ideas for strengthening school safety.

Schachter said he didn’t think so.

“They work hand in glove together,” Schachter said, describing the red flag laws as a logical tool to use once stakeholders determine that someone could be a threat.

The school shootings at Uvalde, Texas and Parkland were both invoked at Wednesday’s hearing, along with accidental shootings, suicides and random violence. All lamented that firearms in 2020 overtook auto accidents as the leading cause of death among children.

Democratic Sen. Patrick Leahy of Vermont said hope is on the rise.

“I’m glad to see agreement on a bipartisan package of bills that begin to address gun violence in this country,” Leahy said. “It’s a good start and I wish it went further.”

Republican Sen. Ted Cruz said he agrees that something needs to be done — and he hopes it will be something that works.

“We can do a lot more to make our schools safer,” Cruz said. “Mr. Schachter, thank you for your efforts, pushing commonsense legislation to make schools safer.”