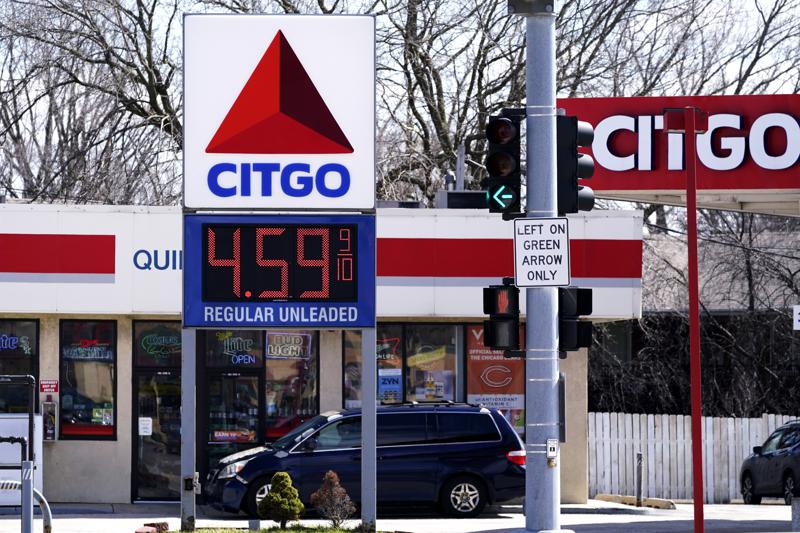 There may be more declines to come, as global markets react to the Fed's interest rate move.

Gasoline prices nationally and in Florida eased back a few cents last week from the previous record highs, with Florida coming in Monday averaging $4.81 per gallon of gas, an 8-cent drop.

The price reduction comes as international markets saw a decline in gasoline futures prices, and market indications suggest the drop could continue significantly, according to AAA — The Auto Club Group. Those markets dipped after the Federal Reserve announced a rate hike and President Joe Biden signaled the potential for oil export restrictions.

Nationally, the average price of a gallon of gasoline dropped below $5, to $4.98, by Monday, AAA reported.

“Gas prices are following oil and gasoline futures prices, which suffered significant losses last week. The losses are being tied to last week’s rate hike from the Federal Reserve bank, sparking fears of a possible recession — which could lower fuel demand. Prices also faced resistance on reports that the Biden administration is considering possible limits on petroleum exports, in (an) attempt to strengthen domestic supply.”

“Petroleum exports have accelerated in recent weeks, as countries compete for fuel in what has become an extremely tight fuel market,” Jenkins added. “The increased competition for fuel has contributed to rising prices.”

“If this downward trend holds, gas price drops could accelerate, moving the state average back around $4.50 per gallon,” Jenkins continued. “But this fuel market remains extremely unstable, and things can change very quickly. It’s looking less likely that the state average will surpass $5 a gallon, but the driving season is young.”

nextSunburn — The morning read of what’s hot in Florida politics — 6.20.22