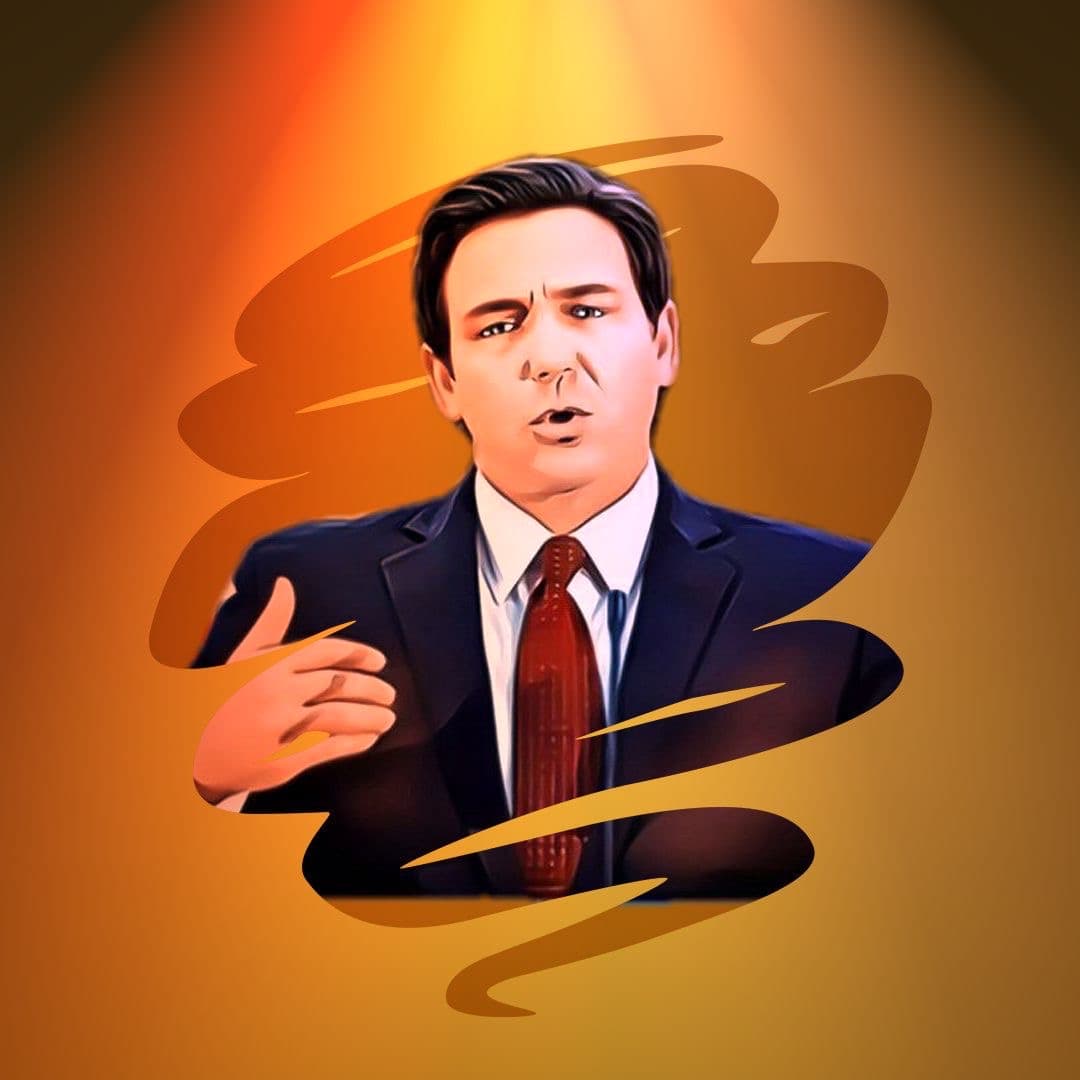 With DeSantis’ veto on Friday, the measure (SB 1796) marks the third proposal vetoed by a Florida Republican Governor in the last decade. Despite most Republicans coming together in support of this year’s package after repeated unsuccessful attempts to pass similar alimony reform measures, DeSantis in his veto letter wrote that the Legislature’s proposal is unconstitutional.

“If (SB 1796) were to become law and be given retroactive effect as the Legislature intends, it would unconstitutionally impair vested rights under certain preexisting marital settlement agreements,” DeSantis wrote in his veto letter.

The bill, which bill sponsor and Sarasota Republican Sen. Joe Gruters promoted as an improvement on past efforts, would have repealed court-ordered permanent alimony — leaving bridge-the-gap, rehabilitative and durational alimony for all divorces going forward. Fort Myers Republican Rep. Jenna Persons-Mulicka shepherded the legislation through the House.

“Divorce is devastating to everyone, but the process is the most devastating to the families involved,” Gruters said in a statement to Florida Politics. “The only winners are the attorneys and professionals who profit out of the misery of others. As a CPA, I see it play out all the time and the process needs to be fixed so families keep more of the assets that they had at the beginning of the process.”

“Very disappointed in the veto, especially after having 35 meetings with both sides and having the fairest and best alimony bill that has been presented and voted on by the legislature in over 10 years,” he continued.

Two measures written in the legislation were the subject of the bulk of debate during this year’s Legislative Session: a 50-50 time-share presumption and the elimination of permanent alimony on previous, modifiable agreements.

Before and after the Legislature passed the measure near party lines in March, activists on both sides of the issue lobbied lawmakers and DeSantis to torpedo the legislation.

In vetoing the bill, DeSantis sided with the Family Law Section of the Florida Bar, which implored the Governor to nix the bill over the controversial provisions.

The section’s chair, Philip Wartenberg, and its immediate past chair, Heather Apicella, released a joint statement thanking DeSantis for the veto. Divorce and the subsequent custody issues are very traumatic for all involved, they said.

“From the very beginning of the 2022 Legislative Session, we voiced concerns over the retroactive impact of Senate Bill 1796. If signed into law, this legislation would have upended thousands upon thousands of settlements, backlogging the courts and throwing many Floridians’ lives into turmoil,” they continued. “We thank Governor Ron DeSantis for vetoing this measure and for understanding the bad precedent the retroactivity of the bill would have set for settled contracts in the state of Florida.”

The bill would have established an equal time-sharing presumption in custody disputes. Critics from across the aisle of the measure argued the presumption is not in the best interest of the child. Rep. Emily Slosberg-King, a Palm Beach Democrat and family law lawyer, said the presumption will create “a procedural legal hurdle for self-represented litigants to overcome.”

However, supporters of the equal time-sharing presumption said it would just provide equal footing for parents who walk into the courtroom.

Over the course of its committee hearings, opponents argued cutting permanent alimony would leave individuals caring for children in compromising positions. Additionally, they argued the legislation only seeks to benefit the primary breadwinner, putting the other individual at an unfair disadvantage.

The legislation also would remove the court’s ability to consider adultery of either spouse in determining the amount of an alimony award.

The bill was amended several times throughout the legislative process.

One overhaul amendment filed by Gruters and approved by the Senate Judiciary Committee altered the legislation to provide parameters to the court to make determinations regarding the amount and duration of alimony.

The amendment also would allow alimony payers to ramp down payments if seeking to retire, while protecting those deemed vulnerable recipients.

The amendment would require the obligor to file a notice of retirement and intent to terminate alimony with the court and recipient. If the payor continues working and earns income despite reaching retirement age, alimony payments would continue until he or she actually retires and reduces active income by 50% of pre-retirement levels, according to the amendment.

However, that amendment did draw criticism. Family law lawyer Shannon Novey, representing the American Academy of Matrimonial Lawyers, said it walked back what was progress on this year’s legislation. She said the retirement provisions speak to old agreements, “modifying those agreements retroactively.” 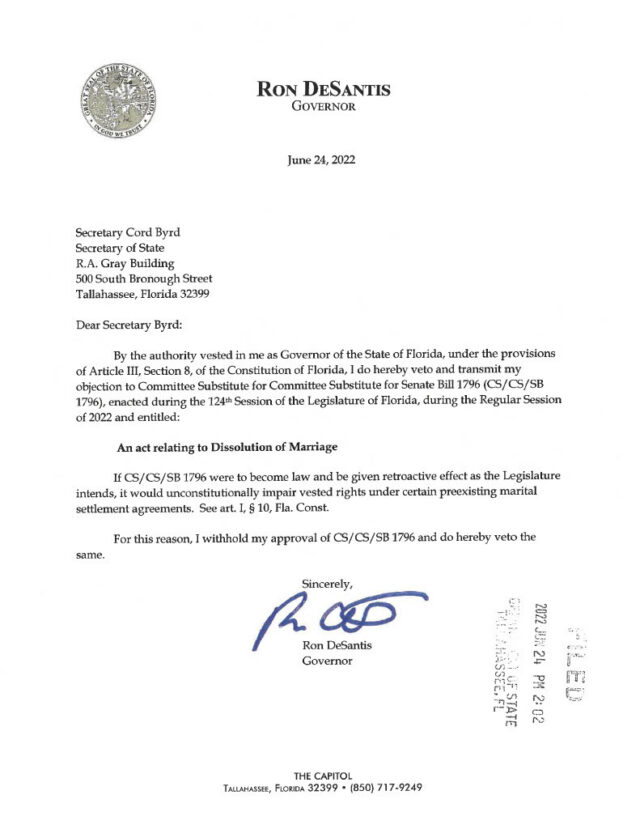