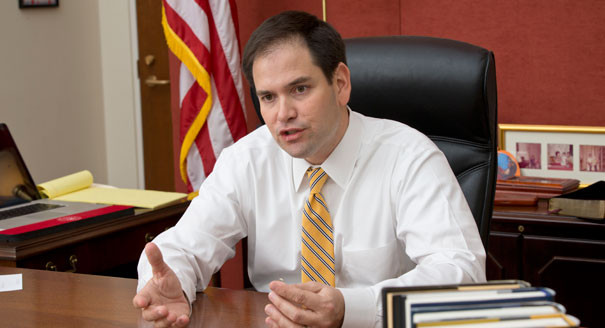 Critics labeled the plan as a gimmick.

After the fall of Roe v. Wade, U.S. Sen. Marco Rubio is highlighting his legislation to help make parenthood more affordable, but it’s getting criticized for how it would drain parents’ eventual retirement.

A key provision of Rubio’s “Providing for Life Act” announced last week would provide for parents taking time off from work upon the birth or adoption of a child. Rubio’s legislation would allow these parents to get three months of their Social Security decades ahead of time to finance parental leave.

Current U.S. law provides only that these parents get 12 weeks of unpaid, job-protected leave with health benefits. About 23% of the private sector workforce has access to paid family leave, according to the Bureau of Labor Statistics.

“We need to adopt pro-life policies that support families, rather than destroy them,” Rubio’s prepared statement said, citing the Supreme Court ruling, Dobbs v. Jackson Women’s Health Organization. “This comprehensive legislation would make a real difference to American parents and children in need.”

Critics, however, piled on, labeling the effort a gimmick.

“Social Security is a lifeline for seniors and the disabled, not a slush fund that politicians like Marco Rubio can use for their political goals,” said Janice Poirier, President of the Florida Education Association’s retired chapter. “Rubio’s plan forces parents to pay for family leave with their own Social Security benefits. That’s not a pro-family agenda, that’s a scam.”

Rubio has been talking about the Social Security idea since 2018, when he introduced the Economic Security for New Parents Act. Now it’s one of a number of legislative efforts he outlined in the Washington Examiner last week.

“What we need is a pro-life plan for post-Roe America,” Rubio wrote in the newspaper.

Rubio has long represented the most restrictive position on abortion. He has argued life begins at conception and was among the first national politicians to publicly contend that those impregnated by rape and incest should not have a right to abort the pregnancy. Before he made the contention on the presidential debate stage in 2015, the standard Republican position was that abortion bans should make exceptions for these victims.

Jon Bauman, now the president of Social Security Works PAC, said Rubio’s plan is working at the wrong end of these problems.

“No one should be forced to choose between taking care of their loved ones today and enjoying a secure retirement tomorrow,” Bauman said in a prepared statement. “Instead, parents need real paid leave, and women need the right to control their own bodies. Rubio disgracefully opposes both.”