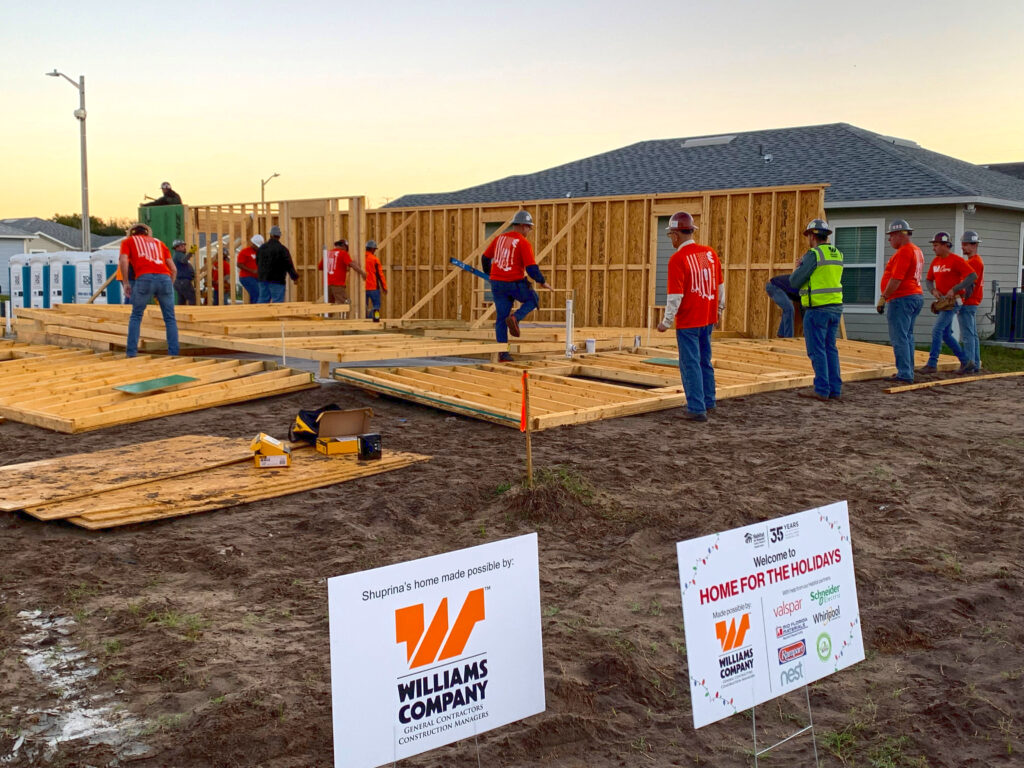 Williams Company has a portfolio of major projects at SeaWorld Orlando and Legoland Florida.

A construction company says an employee who quit his job downloaded and stole a trove of confidential information before he left.

On his way out the door, the ex-employee obtained documents such as the company’s bank account statements and tax returns as well as 401(k) information containing employees’ names, Social Security numbers, birth dates and their compensation, according to federal court documents.

Williams Company Management Group — which has offices in Maitland and Tampa — notified law enforcement, the company said in a federal lawsuit filed this week against its former employee, Paul Comazzi.

Williams Company is a construction company with a portfolio of major projects at SeaWorld Orlando and Legoland Florida as well as building Orlando’s Boone High School, Stetson University Rinker Welcome Center and numerous other commercial buildings, according to its website.

Comazzi, first hired as a project manager in 2017, rose through the ranks and was promoted to construction technology manager.

“Comazzi’s role allowed him to have an intimate knowledge surrounding the Company’s Information Technology systems and the protections the Company used to safeguard its confidential information and trade secrets,” Williams Company said in the lawsuit.

He told the company it was for “unforeseen personal issues.”

“Comazzi allegedly told colleagues the reason for his resignation was that he ‘wanted to wake up at noon and play video games all day,’” Williams Company said in the lawsuit.

Two months later, the company learned about the data breach and that Comazzi shared the information with “nonexecutive employees.” Comazzi’s former co-workers warned the company what happened, the lawsuit said.

Comazzi had misused a colleague’s login to access confidential and proprietary business information, Williams Company said in the suit.

Comazzi also gave the information to “other third parties, none of whom had any right, entitlement to or access to this information,” the lawsuit said.

The lawsuit describes a contentious relationship between Comazzi and the company’s leaders before he quit. The company alleged in the lawsuit that Comazzi was sharing the stolen information to “further fuel his conspiracy theory and flame false narratives about the Company and its senior management in an effort to create chaos and discord at the Company.”

In the aftermath of the data breach, Williams Company said it contacted law enforcement, hired a forensic computer analyst and launched an internal investigation.

Williams Company also notified employees whose personal records had been stolen and added identity theft protection and credit monitoring with $1 million coverage for each impacted employee.

The lawsuit did not say how many employees were affected and the company and its attorneys did not immediately respond to questions Florida Politics asked Thursday.

All the company’s efforts to deal with the damage cost more than $5,000, Williams Company said as it sued Comazzi who refused to give the records back when pressed by the company, according to the lawsuit.

Florida Politics tried checking with several agencies that might be investigating. The Maitland Police Department said it didn’t have any records related to the issue. The FBI, which can investigate computer-related crimes, said it will not confirm or deny it received a complaint from Williams Company. And Williams Company’s data server is located on Silver Star Road in Orange County. The Orange County Sheriff’s Office did not respond immediately to a records request Thursday.

Comazzi also did not respond to messages for comment Thursday.

His LinkedIn page describing his mentality in the construction industry said, “I’m unflappable. Life is complicated, but my credo is ‘Never let them see you sweat.’”