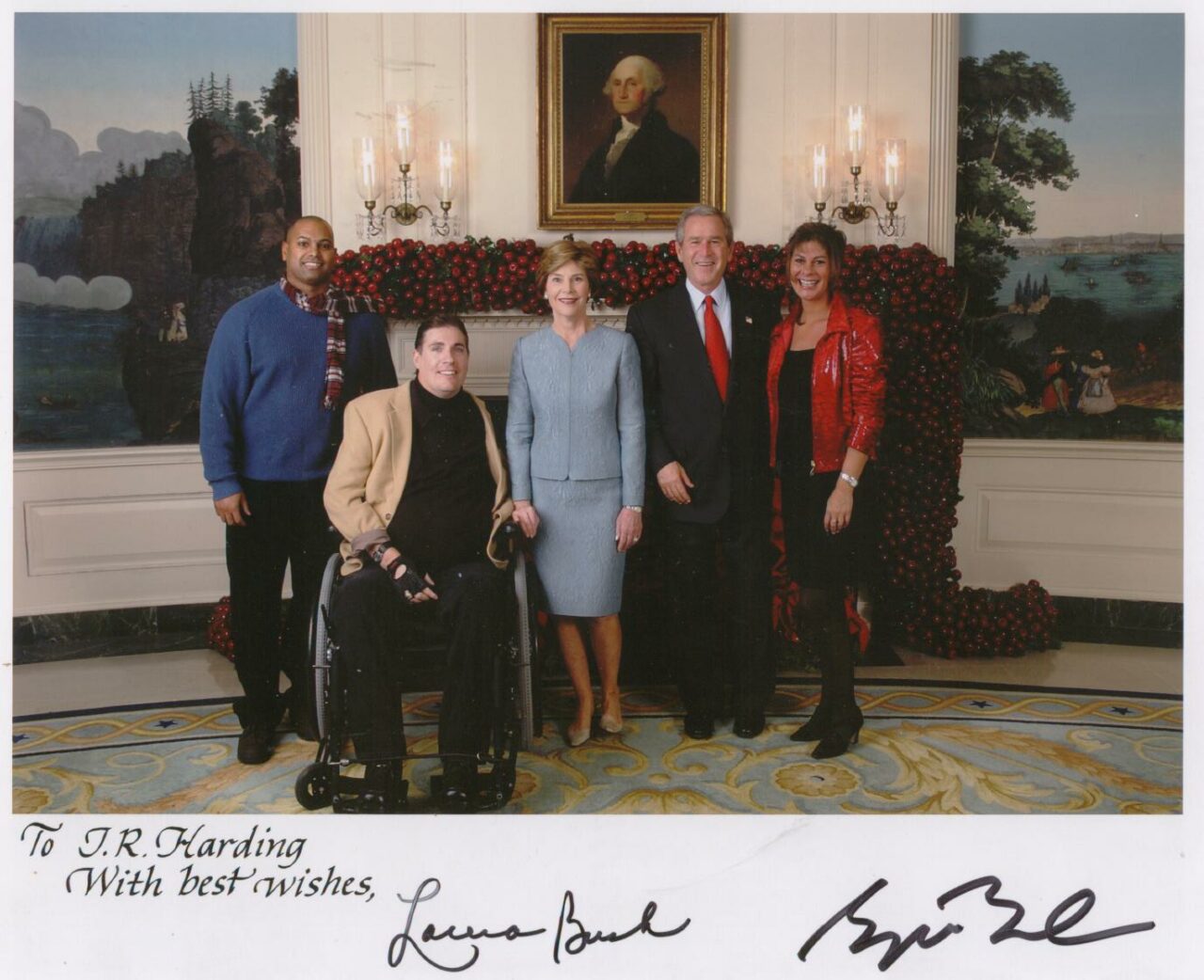 We all face challenges in our lives, all different and some more than others.

This month is the 32nd anniversary of the Americans with Disabilities Act (ADA).

For years, when I have written columns about the assistive tech used by persons with disabilities (PWD), a mention of this piece of legislation was usually included — it was a game changer.

My first column for the Tallahassee Democrat (156 columns ago … but who’s counting?) was about assistive technology. I was on my honeymoon and my former editor at the Democrat, Dave Hodges, sent a text asking where my first column was.

I forgot that right before we left town, Hodges put our company on the front page of the newspaper for winning an award (in 2009), asking afterward if I would like to write a tech column for the Democrat.

I didn’t know he meant “send me something — now.”

Thank you, Dave, for always pushing me to write something important and not forgetting to include the good stuff — you know, people doing positive things).

We cover tech, cyber threats, music, innovation, and all things Florida with this weekly column, and I always try to include lots of “good” stuff. Today, we continue that by celebrating the ADA anniversary, assistive tech, and the rock stars who keep raising their voice for those in need.

I got to know JR while working on a column together years ago.

As years went by, he asked me to host his FSU students here at Aegis so they could learn more about the real world of business; we soon became friends.

I see him at concerts and the coffee shop, and we have a bet on this year’s FSU/UF game, all the good stuff.

JR was on the Biz & Tech podcast this summer. His stories are powerful as he discussed his own challenges and successes in his life and career.

JR began the show discussing the exorbitant transportation costs for persons with disabilities.

Then a story about a ride-sharing company charging PWDs more than other passengers (which is heartbreaking), another story about crashing into the capital (that’s a scary one which he put a comedic spin), and tales of advocating from Florida to the White House are inspiring.

He also mentioned a shocker to me about hotels and storm evacuations.

Did you know hotel rooms for the disabled are up for grabs during a hurricane evacuation? What happens when the people that need them show up?

You can listen to the entire episode here and learn more from JR.

What is the Americans with Disabilities Act? The ADA defines it here:

Handicap parking spaces, ramps and things we see everywhere in our nation did not exist on a large scale before 1990.

Dr. Harding had this to say about the 32nd anniversary of the ADA: “Equal access does not happen by accident. We have minimum standards for building code, policies and procedures and good neighborly values. But we need to exceed basic access to accommodate the growing need and to keep up with innovations. Let’s not leave anyone on the curb.”

Learn more about JR and his work here.

Or you can check out groups like FAAST — Florida Alliance for Assistive Services & Technology and schools in Florida like Tallahassee’s Gretchen Everhart, which has the following mission to help those that need its services:

We believe that each individual is unique, differing from all others in types of attributes and degree of endowment. Each individual should be allowed to grow and develop to his/her greatest potential intellectually, physically, socially and emotionally.

We all face challenges in our lives, all different and some more than others.

If you have not thought about assistive tech lately, let me tell you a story:

A young man with unique needs came to our state capital a few years ago to speak up about a change in state funding that would only allow him to use his iPad at school and during the day. He used the device to talk and communicate with the world. If he left it at school as proposed, he would not be able to communicate with his friends and family at night. He posed the question to the gathered elected officials, “do you get to talk at night or just during the day?”

Message received. He got his funding.

As we close, I want you to share something from my family.

My aunt, Janie Holman, had to live in a nursing home shortly after she got her degree from Florida State University in the 1970s. She was diagnosed with multiple sclerosis, and by the time I was old enough to remember knowing her, Janie’s mobility was reduced to almost nothing.

We would visit her every Sunday after church, and most days seemed dark.

In the 1980s (before ADA), our communities did not have ramps and handicap spaces like today.

Her options for recreation were limited; we would push her down the hall to the entrance of Wesley Manor (the nursing home) for some sunshine and fresh air.

We would also drive her around occasionally, as my grandmother had a customized van to carry her.

But we didn’t really drive TO anywhere. Where would you go?

As JR mentioned in our podcast, transportation is expensive for persons with disabilities; back then, it was even more so.

Plus, it was grim not being able to go to a restaurant or a movie, ever, because they were not built to accommodate you. The only outing we could really pull off — besides a trip to my grandparent’s farm — was to the Dothan County Club around the holidays.

That was not because of accessibility, it was because staff made it happen, picking her up over curbs, and going above and beyond.

Cheers to Paul, who used to be the manager there, and Bernice. That they were first-class human beings don’t even begin to cover my thoughts on them.

If Janie were alive today (she died in 1996 at age 49) her days would have been a little bit brighter because of the relentless fight and advocating by people like JR.

Blake Dowling is CEO of Aegis Business Technologies. You can pick up Dr. Harding’s book here and order your Magic Mind (our podcast partner) productivity shots here www.magicmind.co/aegis (use code AEGIS20 for discount).

nextWoman claims her finger was partially cut off on Universal ride