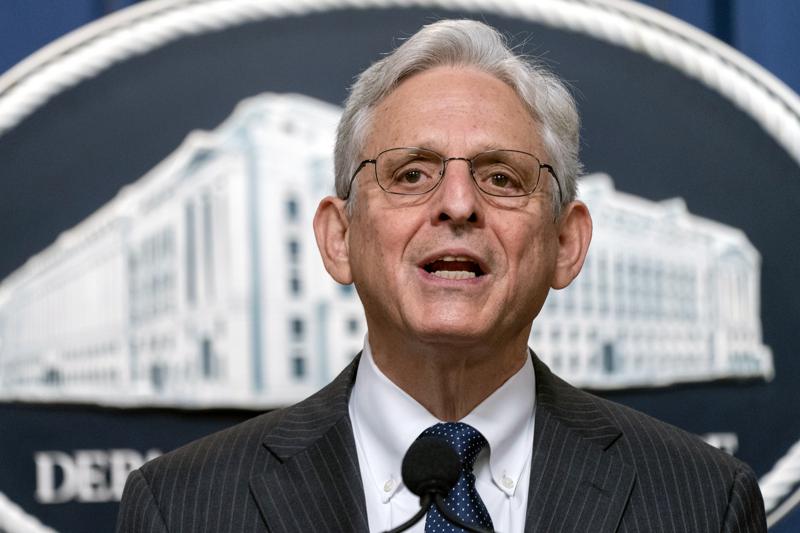 Unnamed, unindicted co-conspirators in the case were part of the St. Petersburg group, running political campaigns with the help of the accused Russian.

A Russian operative has been charged with using political groups in the United States to advance pro-Russia propaganda, including during the invasion of Ukraine earlier this year, the Justice Department said Friday.

Aleksandr Viktorovich Ionov is charged in federal court in Florida with conspiring to have U.S. citizens act as illegal agents of the Russian government. It was not immediately clear if he had a lawyer who could speak on his behalf.

Ionov had recruited members of three U.S. political groups, one based in St. Petersburg, to “sow discord, spread pro-Russian propaganda, and interfere in elections within the United States,”  a release from the U.S. Justice Department said.

The Treasury Department also announced sanctions against Ionov Friday, accusing him of giving money to organizations that he and Russian intelligence services thought would create a political disturbance in the U.S. and also looked into ways to support an unspecified 2022 gubernatorial candidate.

The case is part of a much broader Justice Department crackdown on foreign influence operations aimed at shaping public opinion in the U.S. In 2018, for instance, the Justice Department charged 12 Russian nationals with participating in a huge but hidden social media campaign aimed at sowing discord during the 2016 presidential election won by Republican Donald Trump.

In May 2015, Ionov’s group funded an all-expense paid trip to Russia for the Floridians.

“Following that trip, and for at least the next seven years, Ionov exercised direction and control over senior members of U.S. Political Group 1,” the U.S. Justice Department release says.

In 2016, Ionov funded a four-city tour for the Floridians to advance a “Petition on Crime of Genocide against African People in the United States.” Later, in 2017 and 2019, some of the senior members of this unnamed group were political candidates that Ionov helped with their campaigns.

One of the unnamed candidates Ionov was helping advanced to the General Election, the U.S. Justice Department release says.

Ionov later sent a Russian Federal Security Service Officer details about the election , referring one of the unindicted conspirators as the candidate “whom we supervise.”

The Tampa Bay Times reported that the St. Petersburg police Friday morning executed search warrants related to the case at multiple locations, including the Uhuru House at 245 18th Ave. S.

Uhuru leaders held their own news conference after a law enforcement press briefing on the indictment, the Times reported.

“We can have relationships with whoever want to make this revolution possible,” said Eritha “Akile” Cainion. “We are in support of Russia.”

Meanwhile, the California group had the primary goal of promoting California’s secession from the United States.

And the political group based in Atlanta received money from Ionov to go to San Francisco to protest at the headquarters of a social media company because it put content restrictions on posts supporting Russia’s invasion of Ukraine.

Republished with permission of The Associated Press. Anne Geggis of Florida Politics contributed to this report.