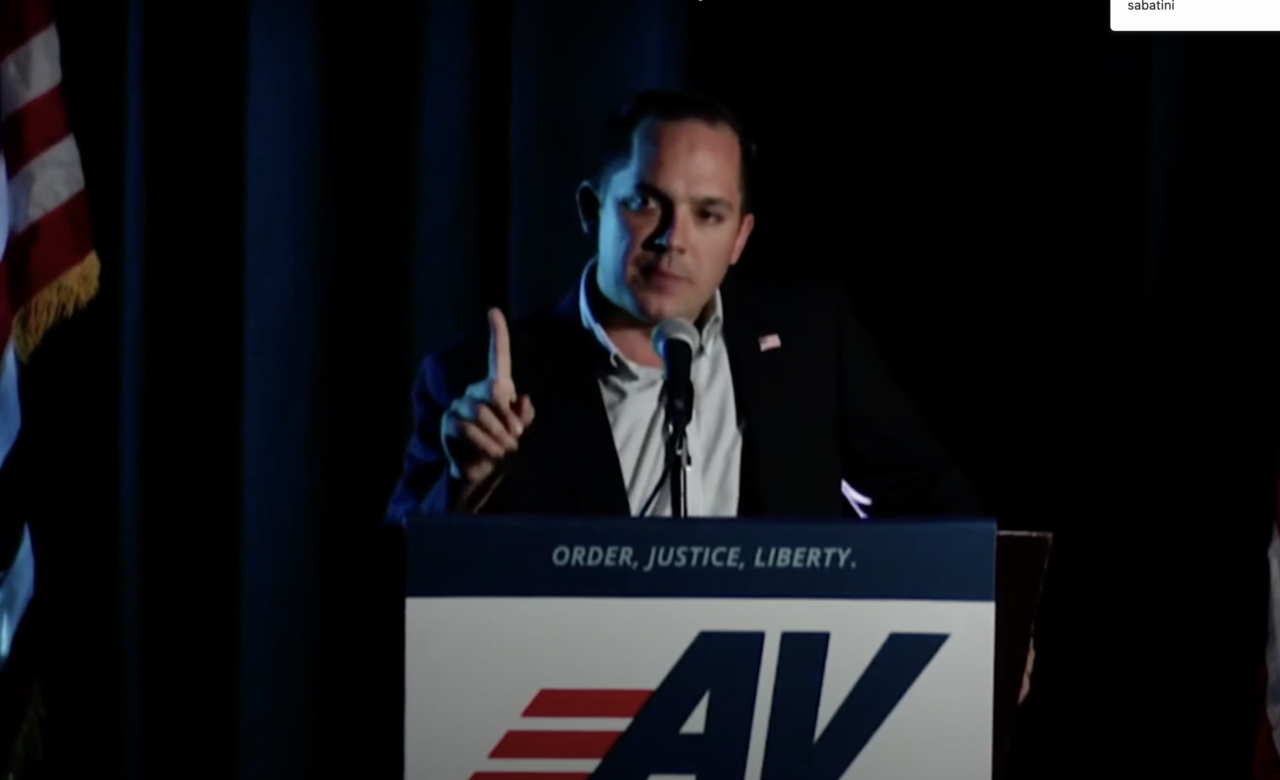 He attacked immigrants, Juneteenth and Kevin McCarthy in an angry speech.

Congressional candidate Anthony Sabatini spoke Friday at a Tampa gathering of nationalists. “God bless the nationalist populist movement,” he said during his remarks.

At the American Virtue conference, Sabatini trashed Republican Party leaders like House Minority Leader Kevin McCarthy as “woke.” He also advocated for a complete moratorium on all immigration and eliminating Juneteenth as a federal holiday.

“Our policies should always focus on helping the people that are already here,” he said.

Sabatini’s appearance was first reported by the Political Research Associates think tank, which reported on candidates for office from around the country who participated in the event.

The organization reports the conference was organized by many who previously worked for Nick Fuentes’ America First organization, though Fuentes has criticized the group for defecting from America First to America Virtue and aping its structure and methods. In 2017, Fuentes participated in the infamous Unite the Right rally in Charlottesville, Virginia. He drew national attention last year when he chanted cheers for Russian President Vladimir Putin and decried racial diversity at his AFPAC conference in Orlando.

While American Virtue has distanced itself from Fuentes’ most controversial statements, many of his positions seemed echoed in speeches from Sabatini and others. While the group won’t outwardly identify as a White Nationalist Group, current leader Vince Dao, a Vietnamese American, has routinely used the terminology of replacement theory and suggested Whites face persecution, regular themes of the movements.

“They tell White people they are crazy and racist for worrying about demographic change, but the writing is on the wall,” Dao tweeted last July. “You have a culture that is already trying to discriminate against White people, what happens when white people become the actual minority in America?”

“The future of the Republican Party is a party of peace and prosperity,” Sabatini said, “and that means no more meddling in European affairs when they don’t directly address the interest of the American people.”

He demanded every Republican who voted for providing aid to Ukraine should be primaried and driven from Congress.

Sabatini at the event promised nationalists, if they commit themselves to the cause long term, they will take over the Republican party in a few years.

“This is a seed that’s just been planted,” he said. “It’s only going to be a few years before we take over the Republican Party but the work that remains before us is work. That must be done before anything can happen. We are still a minority within the GOP. The GOP is still full of empty suit establishment Republicans that really hate our country.”

He also attacked those who voted in favor of making June 19th, the anniversary of the last U.S. slaves being freed, into a federal holiday. That incidentally came about thanks to legislation supported by every sitting member of the Florida congressional delegation. But Sabatini wants the decision repealed.

“We need to repeal the Juneteenth holiday that the woke Congress passed last year,” he said. “That’s non-negotiable. No more woke holidays. It’s time to go back to the Fourth of July.”

He also personally attacked several Republican leaders. He states McCarthy “cannot be the Speaker of the next Republican majority in Congress.”

He also made clear he prioritized speaking at the American Virtue event even though he may be tired for a debate at the GOP Sunshine Summit in Fort Lauderdale the following day. In part, that’s because he didn’t agree with the choice of moderator, conservative radio host Mark Levin.

“The debate is being moderated by Mark Levin and he’s a super neocon and I don’t really give a damn about it,” he said. “We are done with neocons in the Republican Party.”

Sabatini name-dropped Rep. Matt Gaetz, a Panhandle Republican as a friend. But he also said of Rep. Dan Crenshaw, a Texas Republican, “you suck” and dismissed the congressman as an “Eye Patch McCain,” an insult recently hurled by Fox News host Tucker Carlson. Crenshaw lost an eye serving as a Navy SEAL in Afghanistan.

He also attacked the 47 Republicans who recently voted in favor of codifying marriage equality as federal law. “The Republicans that voted for that should be ashamed and they need to all be primaried and removed,” he said. “There’s no room for them.” But that was a vote supported by six Republicans in Florida’s congressional delegation.