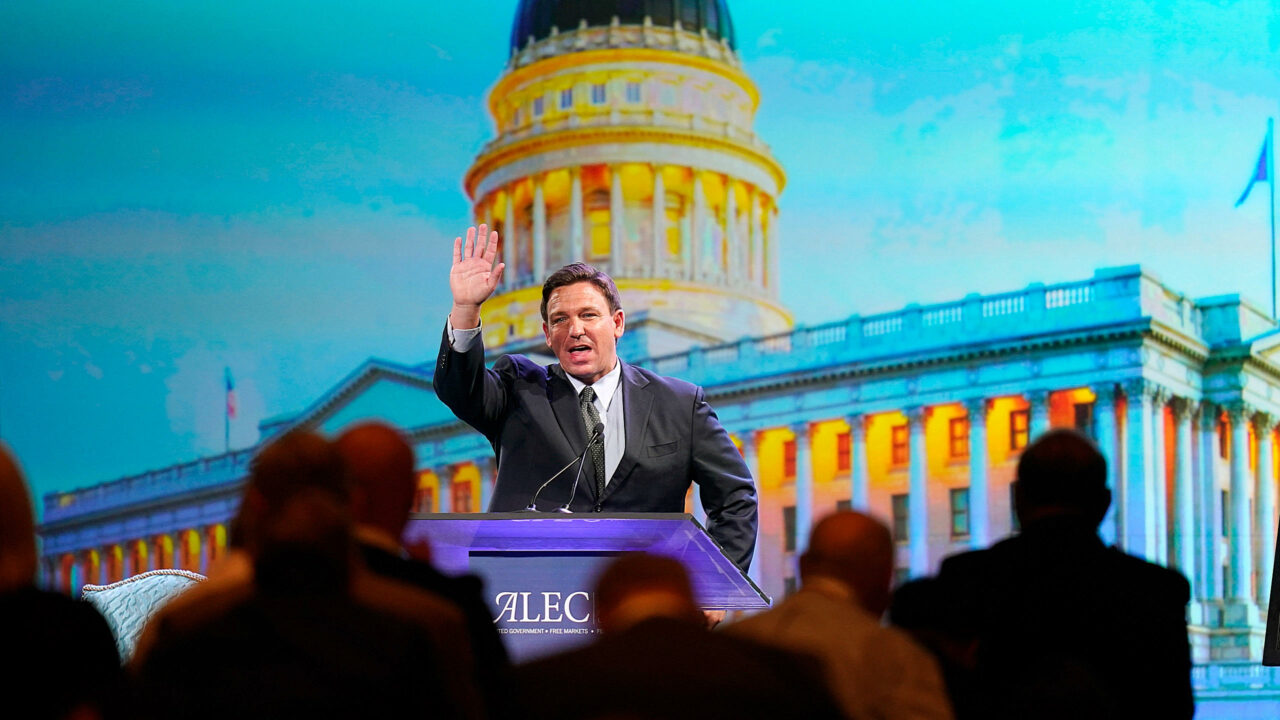 DeSantis Watch claims the Governor is 'fueled by millions of dollars in out-of-state donations.'

Gov. Ron DeSantis offered many justifications for his high-profile suspension of twice-elected Hillsborough County State Attorney Andrew Warren, including warning against the undue influence of out-of-state money in Florida elections.

However, one anti-DeSantis group suggests the Governor is the last person who should complain about donations from outside the Sunshine State, given the massive amount of money from around the country flowing into his own political operation.

“Ron takes over $90 million from out-of-state donors,” reads the email from DeSantis Watch, in response to a statement from the Governor at the suspension announcement press conference in Tampa.

That data point was used as a contrast to the Governor’s remarks earlier in the day when he said this:

“Quite frankly, we can go back and look at some of these elections, and all the money that’s coming in from people that do not live in Florida and are really trying to push an agenda on the people of Florida,” DeSantis said.

That money goes both ways, contends the opposition group.

The DeSantis Watch “analysis of public campaign finance records shows that Gov. Ron DeSantis has accepted at least $90,664,181 from out-of-state donors in order to feed his political career.”

“This analysis examined donations to Friends of Ron DeSantis since the Governor declared his campaign in 2018, as well as donations to the Republican Party of Florida since January 1, 2019, days before he was sworn into office, and only takes into account donations of $5,000 or more. The list of out-of-state donors includes numerous billionaires, many of the country’s largest corporations, and Washington, D.C.-based special interests,” the group contends.

“Ron DeSantis wants to criminalize women seeking abortions and he is being fueled by millions of dollars in out-of-state donations in order to achieve that goal,” added DeSantis Watch Communications Director Anders Croy.

“Florida’s Governor only cares about appealing to extremists outside the state of Florida and doing the bidding of his corporate donors in order to advance his own personal political ambitions, Croy continued. “Rather than working to solve real issues facing the people of Florida like our state’s housing affordability crisis, Ron DeSantis continues to try to divide and distract from his failed leadership with political stunts, because the only thing Ron DeSantis cares about is himself.”

Certainly, DeSantis’ fundraising strategy is among the most successful of any politician nationally; as Newsweek notes, he is even eclipsing his old political mentor Donald Trump in donor appeal.

But that success, as DeSantis Watch notes, is driven by a national base of donors and trips across the country for fundraising speeches, an aggressive gambit DeSantis seemed to forget about during his remarks Thursday in Tampa.