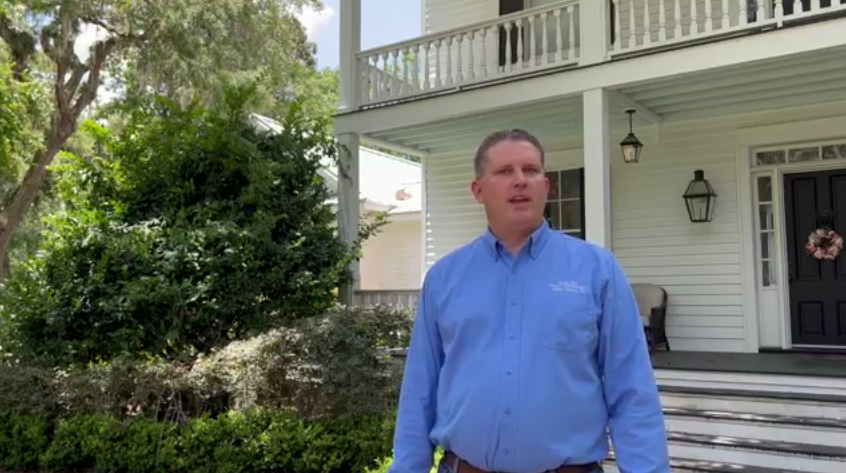 Nassau County Commissioner Aaron Bell’s re-election campaign hasn’t been the easiest one, and going into the last weeks of the campaign, he made a large mail piece buy to compete against challenger Hupp Huppmann.

Huppman recently benefited from at least two positive mail pieces — one from the Nassau County firefighters union, one from a local political committee.

In response, Bell spent more than $10,300 with Drummond Press of Jacksonville on July 25, so far the single biggest expenditure by either campaign. He also posted several videos online explaining his policy positions on development, gun rights and the county’s future.

“In the last four years, the county has lowered the millage rate for the first time in over 10 years (up to that point), shut down the gambling dens, and fought hard against developers wanting to take advantage of our county,” Bell said in one of the 30-second spots. “There’s more work to do, including expanding these ballfields at the Yulee Sports Complex. That’s why I’m running for re-election.”

He brought in $6,700 in the last two weeks of July from nine different contributions, a mix of corporations and individuals. Huppmann, meanwhile, continues erasing Bell’s financial advantage, and likely already has, considering the amount of money spent by others on his behalf so far.

In terms of just the campaign committees, though, Huppmann raised $11,650 in the last two weeks of July from more than 40 contributors. His largest expenses of late are more than $1,400 for campaign signs from Design It and Wraps of Fernandina Beach, and nearly $400 for wood studs for those signs.

“One message comes through loud and clear,” Huppmann said in a social media post following one of his recent campaign events. “People are tired of the same old, same old and are ready for principled and ethical leadership. Many are exhausted with the divisive tactics and slanderous innuendos posted across Facebook.

“Every good Chief knows you train your team to succeed on the merits of their own performance and not carry your water. I believe voters are looking for a man of character, with solid decision making and the ability to do the right thing without pandering.”

It’s notable that Huppmann is the only candidate endorsed by the Nassau firefighters who’s taking on an incumbent. Among the other endorsees, County Commissioner Thomas Ford and School Board member Jamie Deonas are incumbents, while state House candidate Dean Black is pursuing an open seat. Deonas is running in a nonpartisan race, but the other endorsees are all Republicans, as are most candidates on the Nassau County ballot.