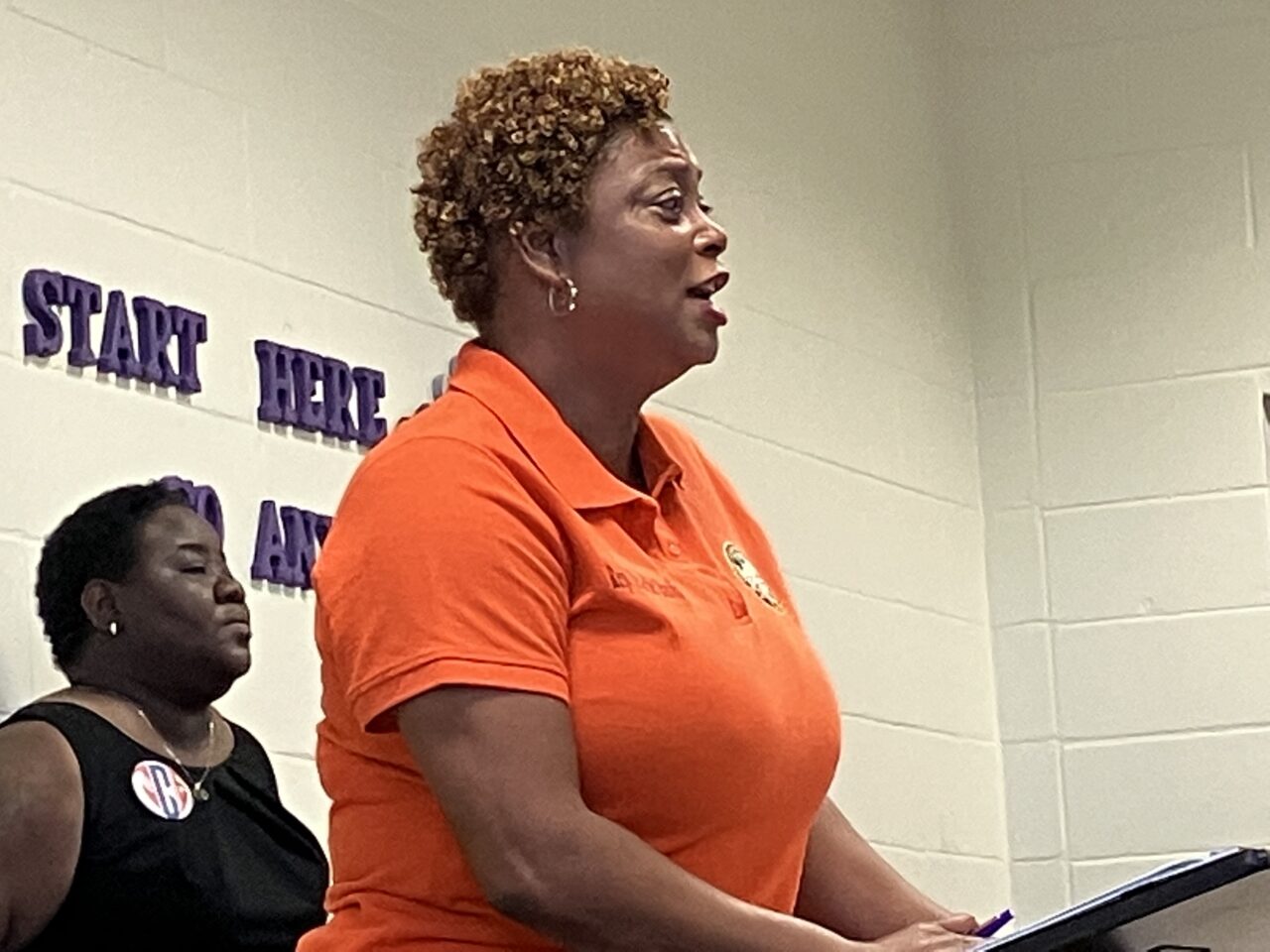 Over the last three weeks, Davis' committee has raised over $310,000 and has spent roughly the same amount.

Momentum in the Senate District 5 Democratic Primary is shifting the way of state Rep. Tracie Davis, at least as far as fundraising is concerned.

In the week ending Aug. 5, Davis raised more than $150,000 between her campaign account and her political committee, Together We Stand. The $135,325 raised in one week was the strongest fundraising performance for the political committee this cycle.

Over the last three weeks, Davis’ committee has raised over $310,000 and has spent roughly the same amount. The week ending Aug. 5 was no exception, with the committee spending more than $64,000 on mail.

During the same week, Davis secured more than $17,000 in hard money contributions. Between her two accounts, she has more than $135,000 on hand.

During the week ending Aug. 5, he collected just $17,700 in donations between his campaign account and the supportive Friends of Reggie Gaffney political committee. He has roughly $60,000 for the final week.

Gaffney has a secondary political committee, the Committee to Revive Florida, which had been largely dormant for most of the cycle, but had $23,500 of donations parked therein, with the most recent donation being in April.

The committee was finally activated this week with a hard-hitting mail piece calling Davis a “fraud,” saying that “in 7 years (Davis has) never filed legislation protecting women’s rights over their own bodies.” (Davis was elected in 2016, of course, meaning that she wasn’t in office for seven years.) 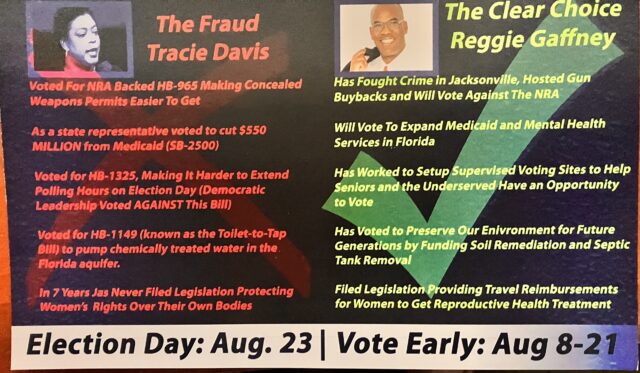 nextSome Capitol rioters try to profit from their Jan. 6 crimes