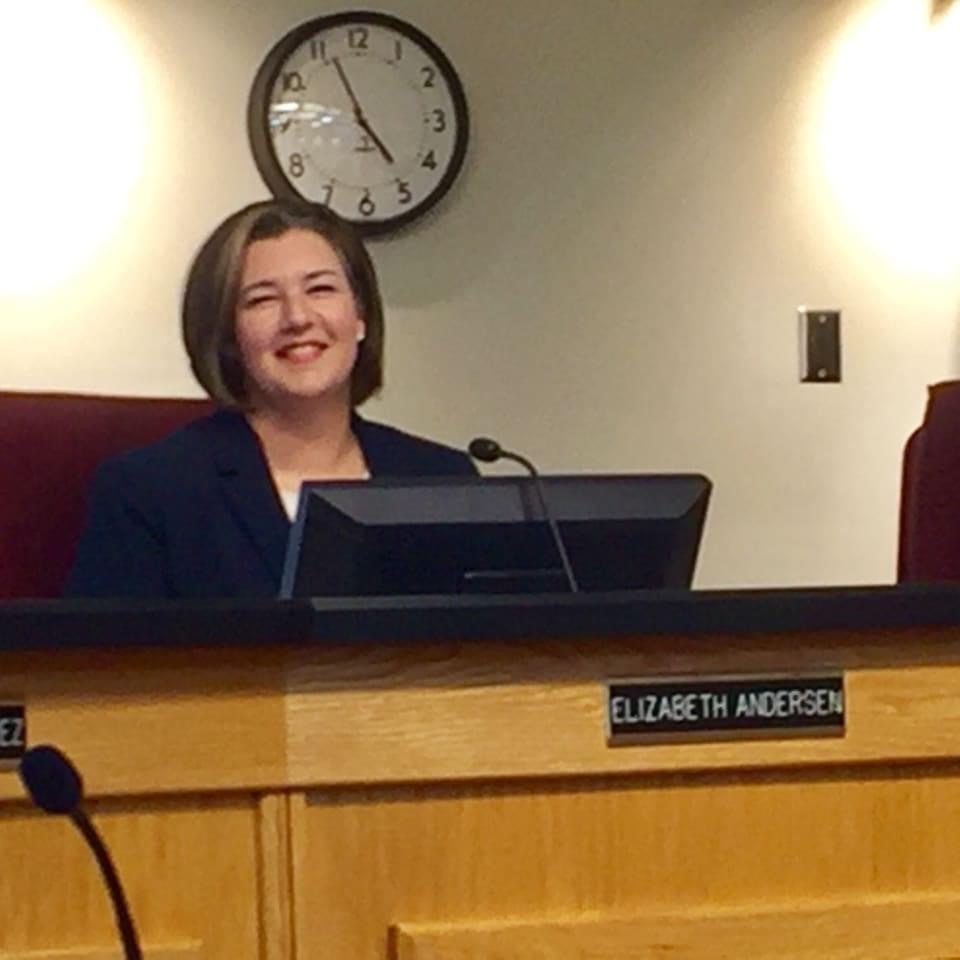 'Intended to deflect from my opponent's radical and extreme politics.'

Elizabeth Andersen, a member of the Duval County School Board, rejects accusations of racism as being willful misinterpretation, after comments from a candidate forum in the spring were published this weekend on a national conservative blog.

Andersen’s take, offered Sunday to Florida Politics, is that the comments are deliberately misinterpreted, part of a “desperate, last minute smear campaign” to distract from the “radical and extreme politics” of her August ballot challenger, April Carney.

And in fact, she says, they had nothing to do with race at all, but with how “kids with special needs” are exploited for political agendas.

“The movement to take over our School Boards and inject partisan politics into our school board decisions has a long history of exploiting kids with special needs for a political agenda. That was my clear point in the video which in no way mentioned the skin color or race of any parents or children,” Andersen said.

The video was published by RedState and amplified by activist Quisha King, an ally of Carney’s.

On the heels of Carney offering inconclusive/nonexistent answers to the question of whether she was in Washington on Jan. 6, 2021, a failure of messaging amplified by the Duval County Democratic Party, King is now on the attack against Andersen, blasting her for saying the right-wing reform group Moms for Liberty practices tokenism in the wake of these resurfaced comments from March.

“So we know that these folks are absolutely on a phone call speed dial basis with our legislators to move legislation forward in the videos or in the images that Dan shared with you, my opponents and both of them or all of it, she’s pretty high level with local Moms for Liberty,” Andersen said.

“So we have Quisha King — April Carney is my opponent — Tia Bess … and they often will sort of parade her out as a token person because everyone is doing harmful things to children with special needs, and that’s to push that agenda,” read the pull quote from RedState.

RedState contended that the “implication is that black folks like King and Bess cannot think for themselves and are merely following orders from white people. Andersen was intimating that groups like Moms For Liberty and others are only using these black women as cover against the left’s baseless accusations of racism.”

King released a video blasting Andersen for the comments, which has already gone semi-viral, with more than 47,000 views at this writing.

“It let me know why you’re for critical race theory,” King added, “because you want the little kids to grow up and be racist like you.”

Andersen rejected this line of argument.

“This is nothing more than a desperate, last minute smear campaign intended to deflect from my opponent’s radical and extreme politics which have no place on our Duval school board. My years of child advocacy and community action speaks for itself — the real question is my opponent’s dishonesty over her whereabouts on January 6 and what that says about her decision-making,” Andersen responded.

Andersen’s opponent, April Carney, ducked calls from this outlet last week, leaving it to a spokesperson to contend evidence that Carney was at the riots in Washington on the day of Joe Biden’s election certification was false. But as of yet, Carney hasn’t addressed the issue.

In contrast to sleepier times for School Board contests, this is one that has statewide interest, with Gov. Ron DeSantis, who is making a play to control School Boards, backing Carney. To that end, his political operation offered support.

“So sorry you have to deal with this nonsense,” tweeted Rapid Response Director Christina Pushaw. “I support you and all you are doing, for your kids and for all kids!!!”

Both candidates have raised over $100,000 during this campaign, but Carney has the cash on hand advantage. Her $64,000 nearly doubles Andersen, and Carney raised over $9,000 in the week ending Aug. 5, quadrupling Andersen’s haul for the same time period.

The Election on Aug. 23 will be decisive, as these are the only two candidates on the ballot.

There is another intense School Board race in Duval County this August also, with DeSantis-backed incumbent Charlotte Joyce facing a challenge from Tanya Hardaker. The ultimate outcome of these races will be an indication of DeSantis’ strength going into November.

nextCharlie Crist taking campaign back to North Florida, 'where it all began'