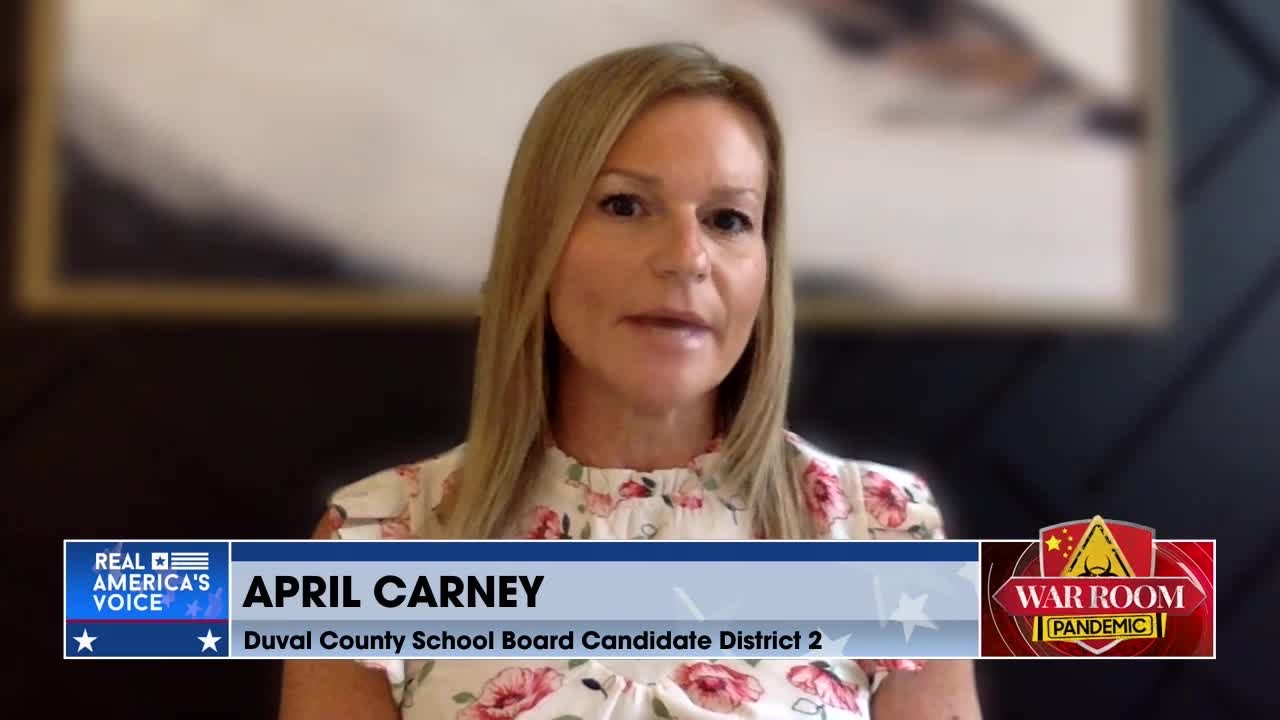 DeSantis-backed April Carney says Democrats are lying about her.

A Duval County School Board race on the August ballot has been rocked by allegations that one candidate was involved in the Jan. 6, 2021 demonstrations in Washington.

But through a spokesman Wednesday afternoon, April Carney, a social conservative backed by Gov. Ron DeSantis, said the Facebook posts the claim is based on are “completely fabricated.” The spokesman suggested legal action may be pending, though his communication did not resolve the issue of whether his client was or wasn’t in Washington on that fateful day.

“Per usual, Duval Democrats resort to lying and smearing when an election isn’t going their way against a candidate who puts parents and kids ahead of the teachers’ unions. This picture is FAKE. Trying to say it’s real is ILLEGAL. Shame on the Duval Democrats,” asserted Shawn Frost on behalf of Carney.

Frost contended this was the latest “hyperpartisan rhetoric attempting to smear a working mom who wants to serve and improve our community by running for School Board” from the Duval Democrats, before calling into question the legitimacy of the party’s claims about Carney.

“Many of the original posts don’t even exist and Mrs. Carney cannot delete those. The comments were never made by Mrs. Carney and therefore were not deleted,” Frost contended. “The Duval Dems don’t have primary source evidence because the posts are completely fabricated. The date format and profile photos do not match Facebook conventions.”

“There is a mountain of technical evidence proving these images are fake, but zero primary evidence that the posters can share to prove they are real,” Frost added. “None of this passes the smell test because it is impossible to prove a lie. The voters see through this, and that will be apparent on Aug. 23.”

“This was a planned operation with paid actors,” read one alleged post of Carney’s, time stamped Jan. 6, 2021. “Yes, a few dumb (Donald) Trump supporters got in there. This was a setup. I was there!”

“Rumors have been flying that Radical School Board candidate April Carney was at the #January6thInsurrection. Now we possibly have proof from April herself! But it’s no surprise since #SteveBannon has endorsed her campaign,” the Duval Democrats asserted.

That tweet set up a Lincoln Project-esque video that lifted narration from the group’s “Crazy Ones” with some quotes from a 2021 Bannon interview of her and alleged Facebook comments regarding Jan. 6, in which she purportedly contested a mainstream news report of the event with the phrase, “Wrong. I was there.”

Contacted Wednesday afternoon, the Duval Democratic Party could not vouch for the precise sourcing of the statements in its ad.

“These screen grabs were shared with us by a concerned voter who felt compelled to bring to light comments April Carney made on Facebook. We don’t believe there are active links to the content, as they may have already been deleted by Carney,” read the statement.

Frost questions whether the “concerned voter” is real.

“Who is the ‘concerned voter’ that is unwilling to go on record and stand behind the allegations?” Frost asked.

That question likely won’t be answered by the Democrats, but activist, teacher and blogger Chris Guerrieri tweeted out the images hours before the Duval Democrats turned them into ad material.

Guerrieri, known regionally for his Education Matters blog, stands by the images that were sent to his blog as “100% legit” and suggests Carney has been scrubbing her social media in light of campaign scrutiny. He was unable to get a clear answer from Carney about whether she was or wasn’t in Washington on Jan. 6, 2021, despite multiple attempts to do so.

Guerrieri produced screenshots of conversations between Carney and a former friend, which further established the credibility of the images her campaign has since disowned.

This School Board race will be decided on the Aug. 23 ballot, as only Andersen and Carney are running. Both candidates still have money to spend as of the most recent reporting from the Duval County Supervisor of Elections. Andersen has slightly less than $40,000 on hand, while Carney has $55,000 on hand.

🚨 Rumors have been flying that Radical School Board candidate April Carney was at the #January6thInsurrection. Now we possibly have proof from April herself! But it's no surprise since #SteveBannon has endorsed her campaign. 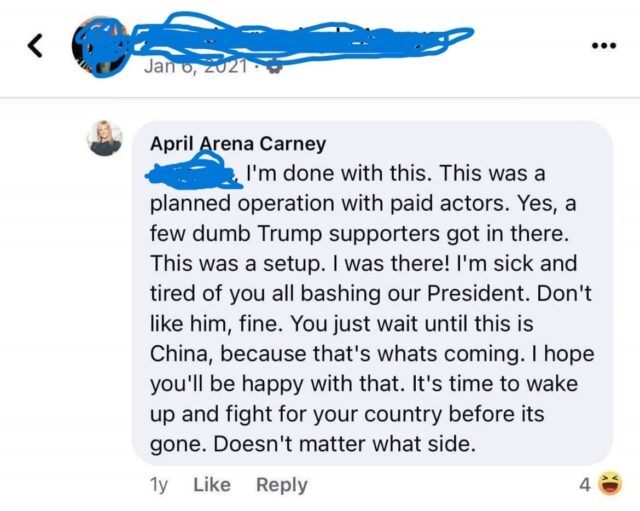