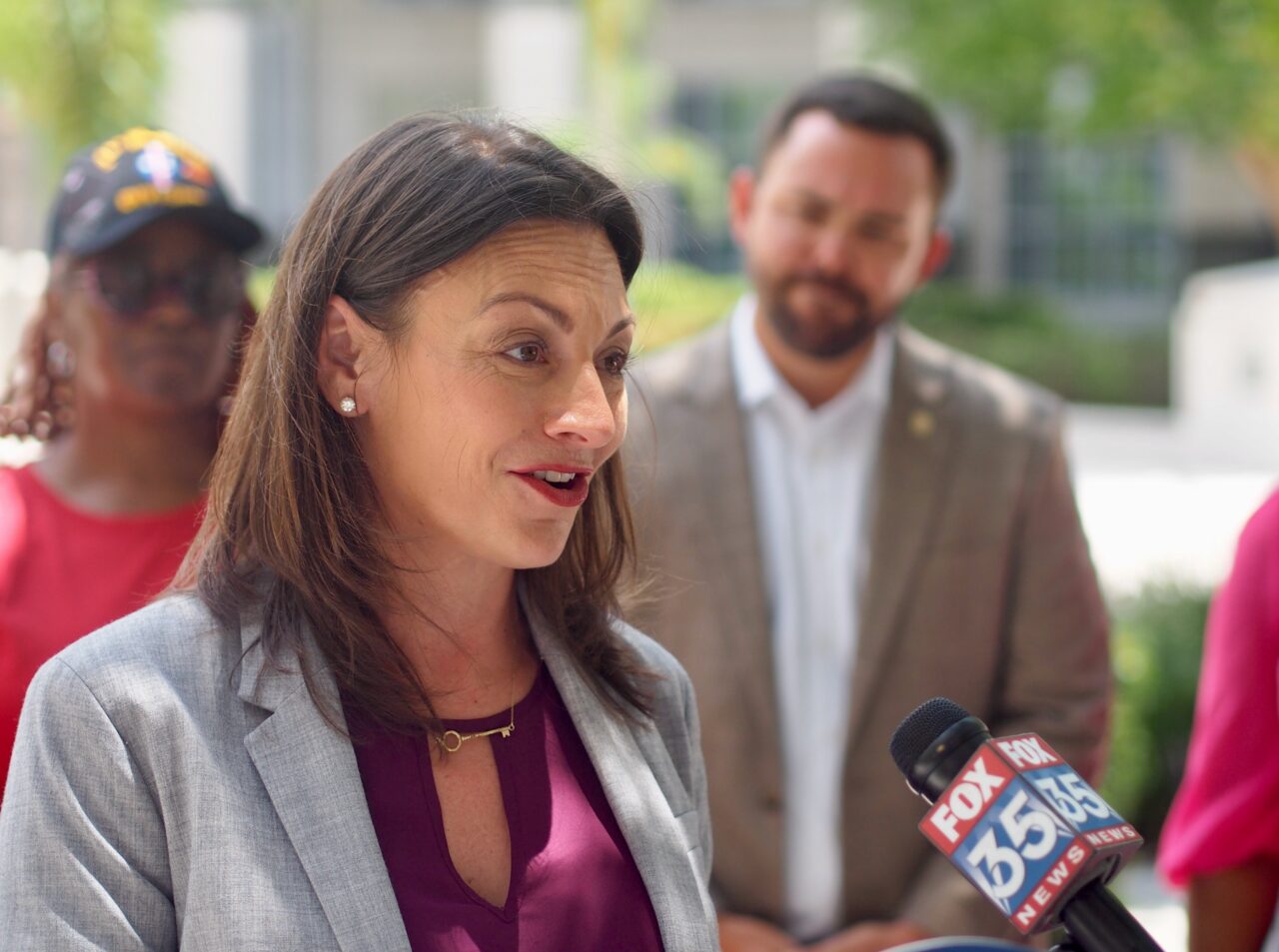 She “Won’t Back Down,” according to a new advertisement coming to a TV screen near you with Primary Day closing in next week..

Nikki Fried’s Primary campaign for Governor needs some good fortune, polls seem to indicate, but she’s going to have Tom Petty’s iconic earworm, “I won’t back down,” to make her case, playing behind a parade of women who pushed ahead.

It’s part of her campaign’s closing statement. The advertisement “Shoulders” went viral when it was first released days after the Dobbs v. Jackson Women’s Health organization decision. That decision undid the nearly 50-year-old court precedent that established abortion rights up until 24 weeks of pregnancy and, critics of the decision say, is sending women’s rights back to 1973.

The original ad has been cut by 6 seconds for a new buy as her contest for the Democratic nomination against Charlie Crist winds down. It will air statewide, Fried’s campaign said Monday.

Fried’s campaign appears to be trying to build on the momentum that propelled Primary turnout in Kansas on Aug. 2 to a new record, as voters there shot down a measure that would have severely restricted abortion access.

The release announcing the new, pre-Primary ad buy highlights some of Crist’s confusing statements on whether he supports abortion rights.

“This Primary is about choice,” the release says. “Do Democrats want to nominate a pro-choice candidate or a flip-flopping Republican Governor who still describes himself as ‘pro-life?'”

The release has a link to a news interview cut so it appears that Crist says he is “pro-life,” which has been taken to mean one is against abortion rights. But his campaign has repeatedly said that he supports women’s abortion rights.

The Fried campaign did not respond to a question about how much of an ad buy the campaign will be making. But the release accompanying the new cut of the advertisement heaps scorn on Crist’s negative ads.

“This ad is in sharp contrast to the negativity of Charlie Crist, who has already spent over a million dollars on (airing) at least 1,674 negative ads against the only Democrat to win statewide since 2012,” the release said.

But the Crist campaign said it’s the Fried campaign that’s been negative, spending more than $1 million on negative mailers and ads. And the count for negative TV ads run is close: 1,300 negative ads, a spokeswoman said.

“It would be political malpractice to allow the Fried camp’s false attacks go unchallenged,” said Sam Ramirez with the Crist campaign. “We’ve aggressively responded to set the record straight and make voters aware of Fried’s troubling actions and associations.”

Fried’s campaign is asking people to send money to buy more airtime for the ad. On Twitter, it has attracted raves from far and wide, including Esther Panitch, a Democratic nominee for Georgia Statehouse.

I have watched this ad dozens of times over the last month or so and I still get chills,” Panitch tweeted. “GO NIKKI!!!!”

I have watched this ad dozens of times over the last month or so and I still get chills. GO NIKKI!!!! @NikkiFried https://t.co/kYvnmylekT

Unlike many politicians who use a popular song to play in the background of ads and appearances, Fried won’t face copyright issues for using the song, as she received permission to use the ad — and an endorsement — from Petty’s ex-wife, Jane Benyo Petty.

Voters are due to decide Aug. 23 who will get the Democratic nomination to take on Gov. Ron DeSantis in the November General Election.

nextLast Call for 8.15.22 — A prime-time read of what’s going down in Florida politics