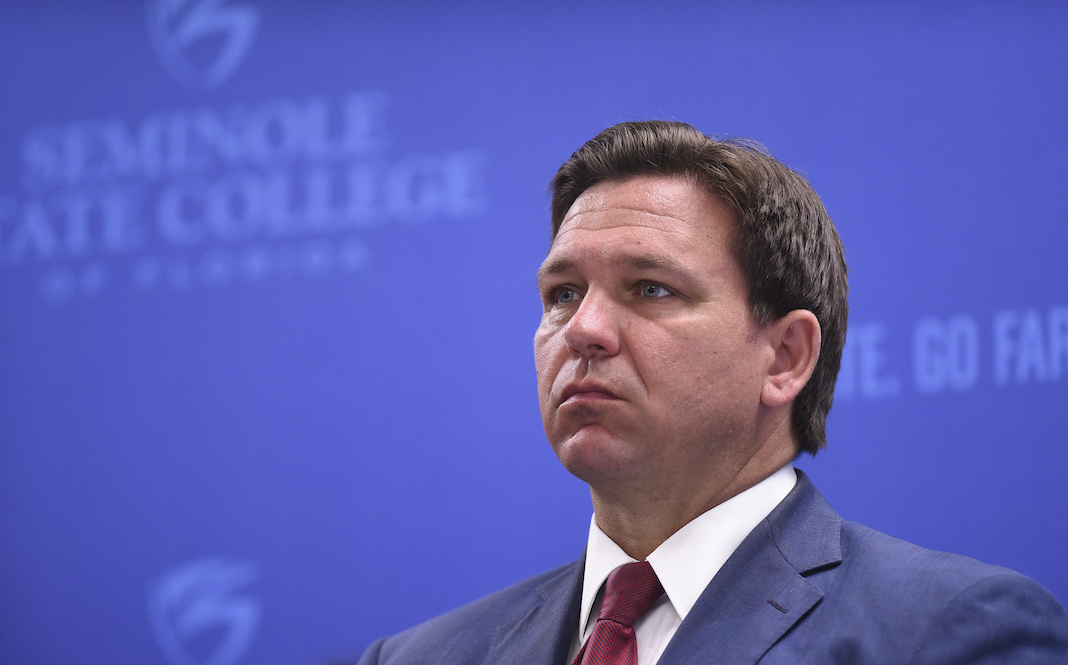 'We're excited about the opportunities in Florida.'

During a weekend appearance on the Glenn Beck Program, DeSantis was asked about the “working relationship” between him and the former President, and the Governor soon enough pivoted to discussing short-term goals, including down-ballot races.

“We’re excited about the opportunities in Florida,” DeSantis told Beck.

“We’re not only doing my election, which is very important. I’m helping our legislative candidates. We may have a supermajority in the Florida Legislature, veto-proof after this election,” DeSantis said. “Veto-proof” here presumably means Republicans could override the veto of a Democratic Governor in the event one was elected.

The Governor went farther down the ballot still, highlighting his involvement in School Board races.

“A lot of people used to forget about these races. They’re nonpartisan races. But the union will support usually a liberal activist. We have to have candidates who support our values. We’ve not only endorsed. We’ve put in a lot of money to help them get across the finish line,” DeSantis said.

Back in June, the Governor rolled out his DeSantis Education Agenda, subtitled “Putting Parents First, Protecting Parents’ Rights,” described as “a policy agenda that focuses on student success, parental rights and curriculum transparency.”

That came after he signed legislation that puts term limits on School Board members. But DeSantis lamented the three terms required as one too many, and criticized School Boards and the White House for not listening to parents. Before that, the Governor vowed to turn his “political apparatus” against Republican School Board candidates who oppose his educational reforms.

DeSantis downplayed the Trump conflict in comments to Beck, again saying that was a media creation.

“The media, they know the Democrats are going to have a rough ’22, and so they want to try to figure out ways to trip the Republicans up. So just because I’ve become well-known now as Governor, they’re trying to do that,” DeSantis told Beck. “What I’m focused on now is beating the Left.”

This jibes with previous comments where DeSantis toyed with what he has called a “media obsession” with his running for the White House.

“Everyone wants to talk about me in Florida,” DeSantis crowed in July. “Like, I’m just sitting here, little ol’ me, doing my job!”

nextNikki Fried won't back down in closing stretch of Governor's race