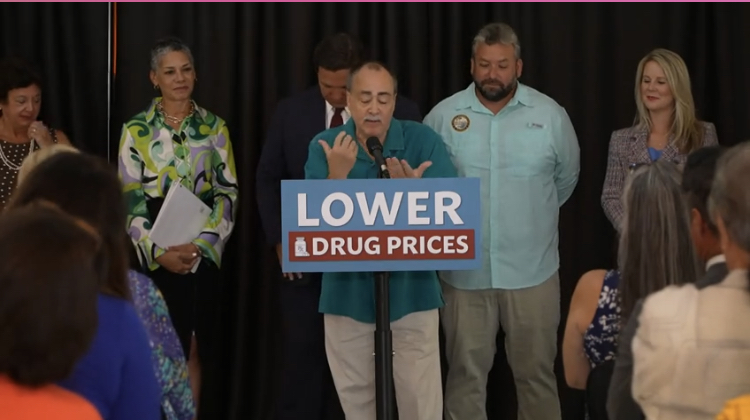 'Everyone wants to talk about me in Florida.'

Gov. Ron DeSantis was in Cape Coral for a press conference Friday, where Florida Channel viewers were treated to some speculation about his future political possibilities.

The Governor introduced a speaker at the event, who kicked off his remarks with a seemingly off-script prediction about the race for the presidency.

“The man standing behind me is not only the greatest Governor on the planet,” said the speaker, Robert Pizzolongo.

“Mark 2025 on your calendar when he becomes the President,” he added.

Political topics spilled over into the question-and-answer session after the formal remarks, with DeSantis fielding questions about what a reporter called “false statements” in the national media.

“Everyone wants to talk about me in Florida,” DeSantis crowed. “Like, I’m just sitting here, little ol’ me, doing my job!”

Though the ad ran in Florida, it was under the auspices of Newsom’s re-election campaign, appearing as a call to arms for in-state Democrats.

Sounding like he might have been debating Newsom on a very much hypothetical presidential debate stage of the future, DeSantis blasted Newsom for “locking down his citizens” and “treating them like peasants,” a contrast to the “citadel of freedom” in the Sunshine State.

“Freedom … it’s under attack in your state,” Newsom said, backdropped by images of DeSantis and mainstream media headlines blasting DeSantis.

DeSantis is still denying any interest in a presidential run, mocking what he called media “obsession” about a potential campaign in a recent press conference, and continuing to deflect when asked about 2024 “nonsense.” He sidestepped this topic for a national audience as recently as a Fox News interview last month.

However, speculation is not quieting. The latest revelation, via Reuters, is that his re-election social media is targeted beyond Florida’s borders, in what some interpret as a sign of larger national ambitions.